It Can't Be Done in SketchUp, He Said

I was told elsewhere today that it’s impossible to make models for casting in SketchUp. I decided to find out for myself.

Here’s a ceiling-hung bearing bracket for an overhead line shaft. Still need to tap the holes for the studs, model the saddle and studs, and add the babbit. 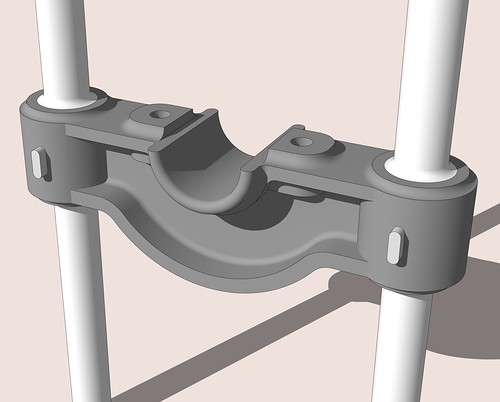 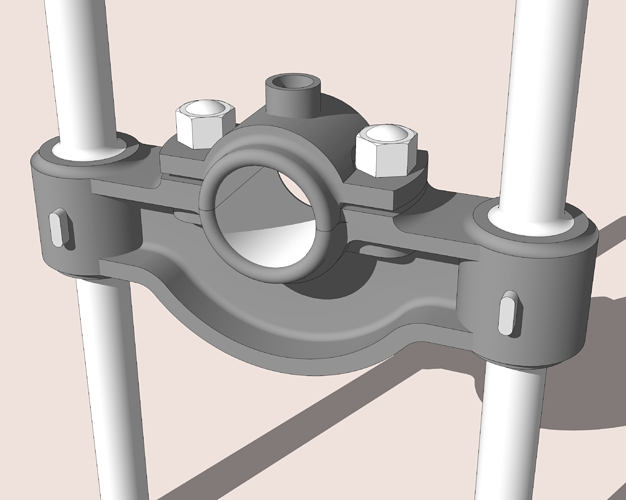 This is brilliant @DaveR

How big is this? I’m assuming you used The Dave Method for things like the Internal fillet.

I use that method quite a bit and had an odd one the other day. Thought I’d scale 10 times to use Fredo Corner. It didn’t work, so I thought, what the hell, x1000. That seemed to cause problems and it didn’t fillet properly. Yet when I did x100, it worked perfectly.

Could this just be a quirk of Fredo Corner? I did also wonder if it was the number of segments in the arc which was quite high for some reason. It was an external Corner on a box, ie where three sides meet.

And, you should do a masterclass on modelling something like this.

How big is this? I’m assuming you used The Dave Method for things like the Internal fillet.

It’s 9 inches between the centers of the posts. I did use the Dave Method for the details.

I wonder why you would have problems at 1000x. That’s my usual go to scale factor. It might be a quirk of FredoCorner but I haven’t run into anything like that before.

you should do a masterclass on modelling something like this.

Hmmm… I’m flattered you think so. I expect most people would doze off in the middle of it.

In hindsight, it might have been x10000 I tried

I’m getting old, as it was only a few days ago and I can’t remember what I was doing it for. I think it was a really small component and I’d created an arc with a high number of edges for some reason. I think the whole thing was only an inch across.

I expect most people would doze off in the middle of it.

Not at all. I think there’s so much detail in it, a lot could be learned. 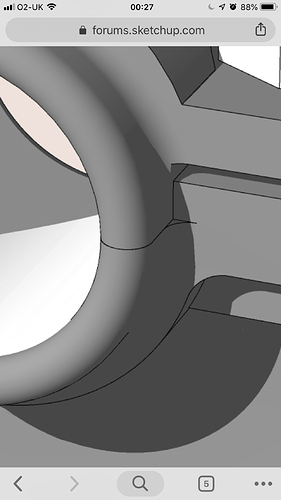 I have an idea how it’s done, but would be good to see it.

Do you mean where the fillet stops? Really the part that continues up was added on after the fillet was created. (I still haven’t tapped the holes. Getting bored with screw threads I guess.) 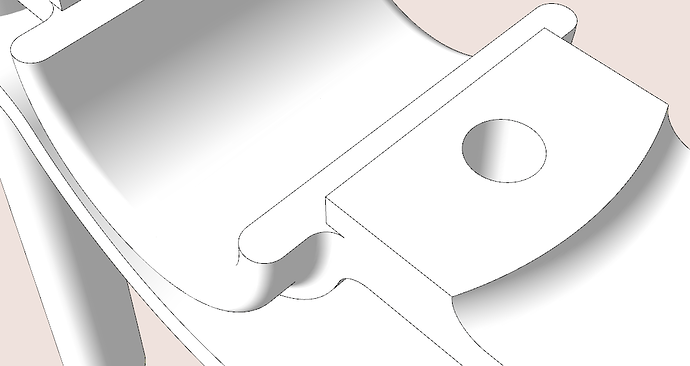 Getting bored with screw threads

OK. You shamed me into modeling the threads. 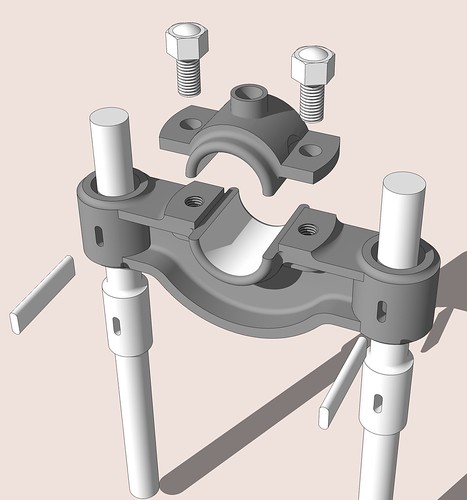 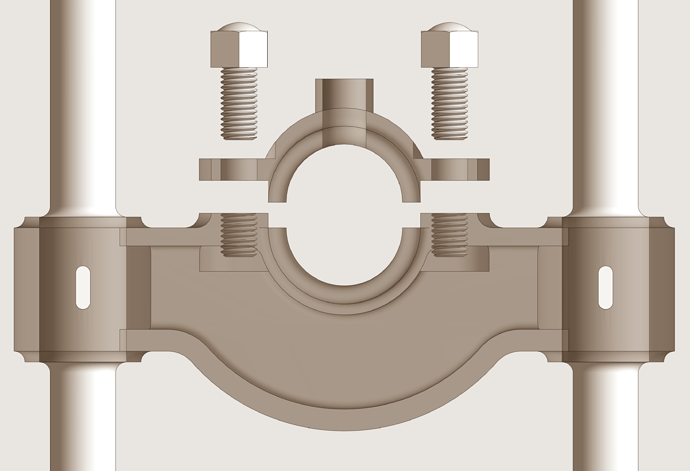 When someone tells me that something can’t be done in whatever software package*, that’s like a red rag to a bull for me … 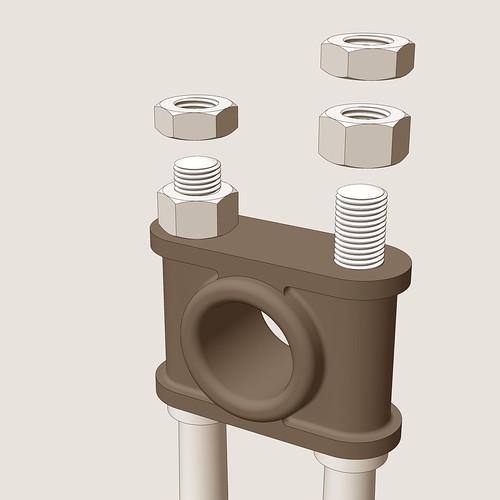 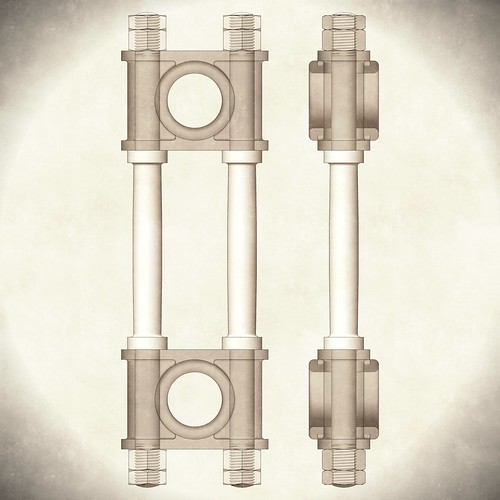 I was told elsewhere today that it’s impossible to make models for casting in SketchUp.

Why? Because of all the fillets and stuff? I haven’t used the new & improved FredoCorner that much & I’m not sure of its capabilities, but you can use subdivision modeling to make all kinds of unusual fillets.

“You can’t do this” - My favorite reason to do something.

Having fun modeling these things from the late 1800s. Here’s a “rope pulley” which is a little over 5 feet in diameter. These were used with cotton rope to drive mills for spinning or fabric production. This one would have had four ropes each of which was spliced end to end to make continuous loops. Very quiet operation. 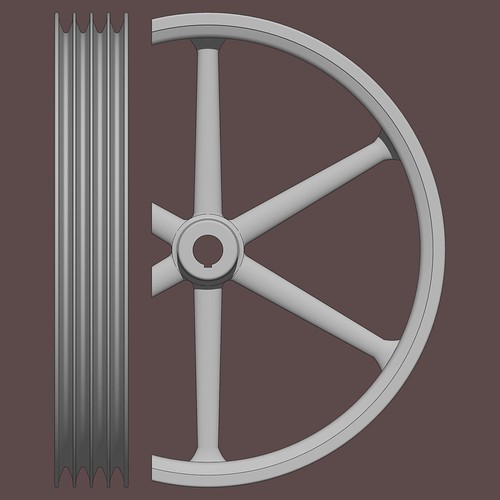 Here are a couple of similar wheels with a single cable wrapped around multiple times and spliced end to end to make one continuous loop. To get the cable from one side of the the large wheel to the opposite side of the smaller wheel, the cable runs up over the upper wheels which are set at angles to provide a good lead. 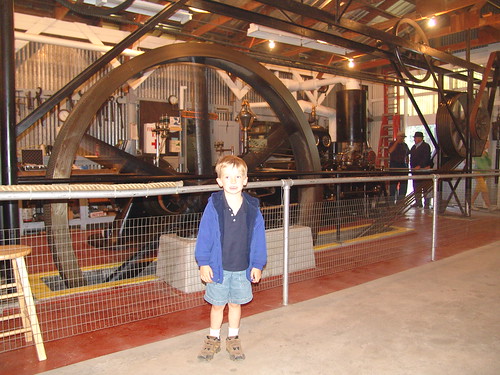 It looks fantastic, no doubt. That requires some skills in SketchUp!

But how will it cast… ? Or wasn’t that the initial task?

But how will it cast… ? Or wasn’t that the initial task?

That wasn’t the initial task but all of the parts in each model are solid components. For the cast parts wax models could be 3D printed and used for investment casting. Or dimensioned drawings could be made from the models in LayOut so that wooden cores could be made for sand casting. CNC tool paths could be generated so dies can be made…