How to infer / select the corner of the group?

I have tried many different things but I have not found a way to infer / select the point selected by red circle. 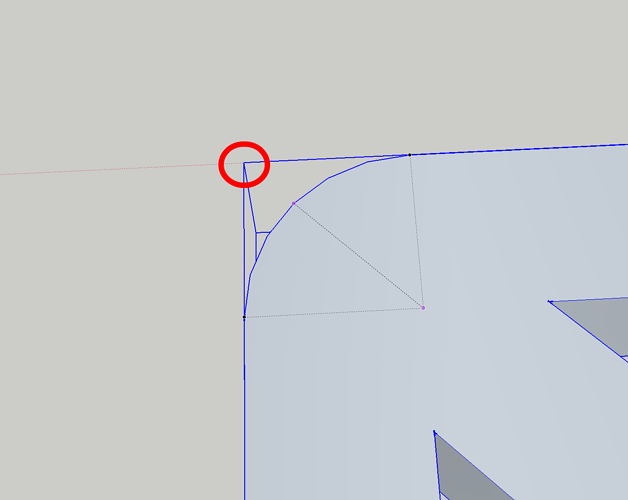 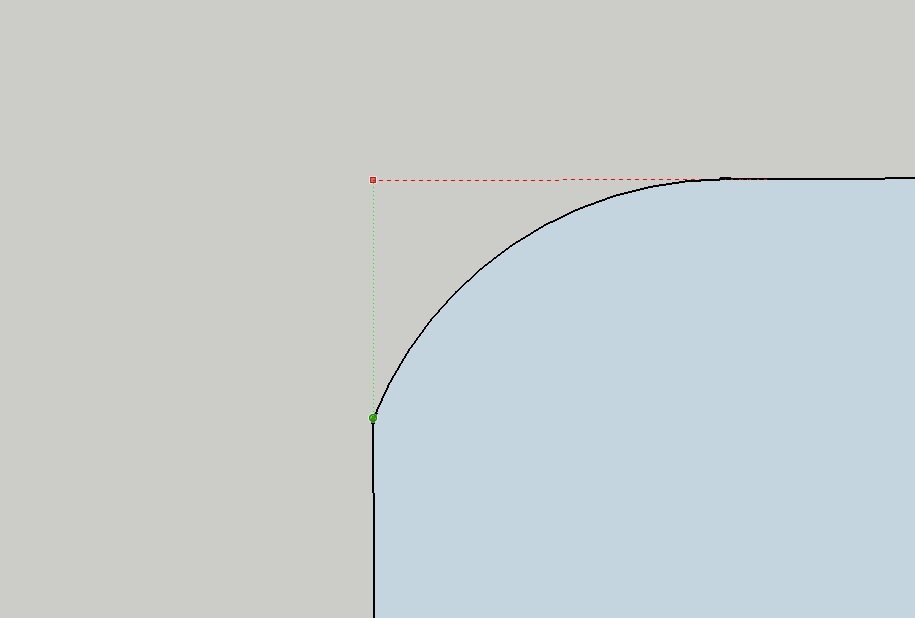 Move Along, part of Fredo tools can do this.

Nice work, @quantj, you edged me out.

Even though it’s similar, I’ll show my picture as well, since it shows the From Point tooltip. @rzajac, one type of inferencing is called From Point. It allows you to project a point along an axis to locate the start point of a shape like a line or arc. It shows a dotted projection extending from the axis, which is the color of the axis.

You can extend these axial guidelines from two points at once to locate their intersection. That’s what @quantj and I show in our pictures.

Edit: By the way, I’m not using the Shift axis lock, which is optional. 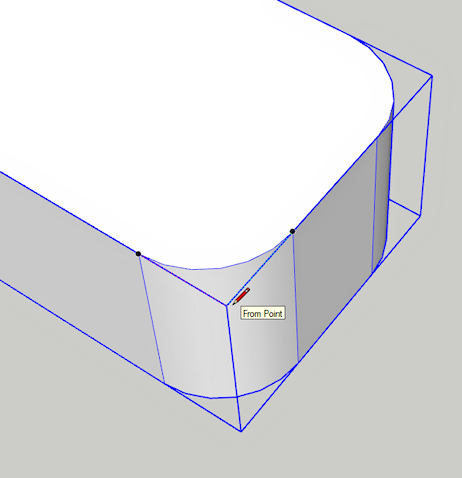 Notice, the group’s bounding box has nothing to do with it.

You can always place a construction point there, inside the group, if you plan to use that corner location a lot.

Move Along, part of Fredo tools can do this.

@Shep, at first I thought you were using the expression Move Along as a figure of speech, like, “Get outa here–you can do that with Fredo Tools!”

Sorry, I guess I have a bit of a rocky relationship with the English language. A result of public school education no doubt.

There’s nothing wrong with your language. I was just making a dumb joke for want of anything intelligent to say.