How to create solid objects with multiple curved faces

I am trying to create a solid object with intersecting cylinders and parabolic faces. trying to push/pull the cylinder through the parabolic face doesn’t work, likewise I can’t push/pull the parabolic arc silhouette through the cylinder. If I create the two base objects separately and attempt to “move” one to intersect the other, the objects snap to positions that I can’t see to define or prevent. I know this is all due to my own ignorance but after a week of trying to study, research and brute force my way through it I haven’t found any solutions that have aided me in my endeavors. I’m becoming quite frustrated. Anyone willing to help a newbie out?

It’s hard to know what to tell you without seeing what you are wanting to produce. Perhaps a few images would help.

Does this help in any way?

Well, it kind of answers some things and creates new questions.

I don’t know exactly what you’re doing as I don’t have that exact toolbar and don’t recognize all of the icons. I have zero experience with SketchUp prior to this and I fully admit that I don’t understand how the majority of it works, and the tutorials I have found seem to have a large gap between the very basics and extremely complex.

Here is the item correctly built in Fusion 360. I have not been able to obtain the same results in SketchUp 2016 however.

Thank you for the help, it’s much appreciated. 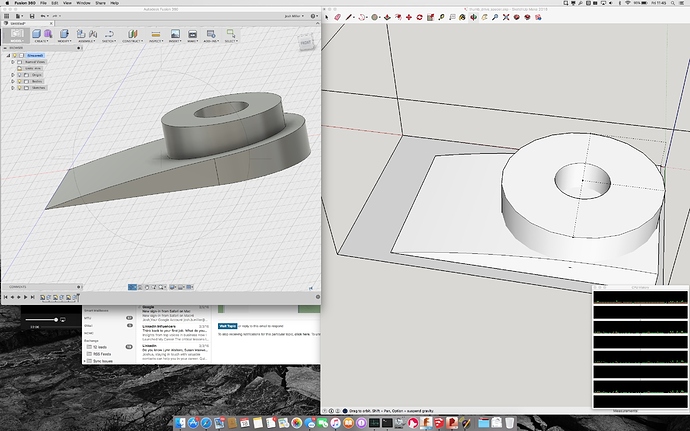 A proper way to do that object would be to first built the top profile of the base, then pull it up. Then draw the curved side profile and pull it into the first object and intersect both profiles/objects. After that build the cylinder and intersect it with the main shape and you are done. 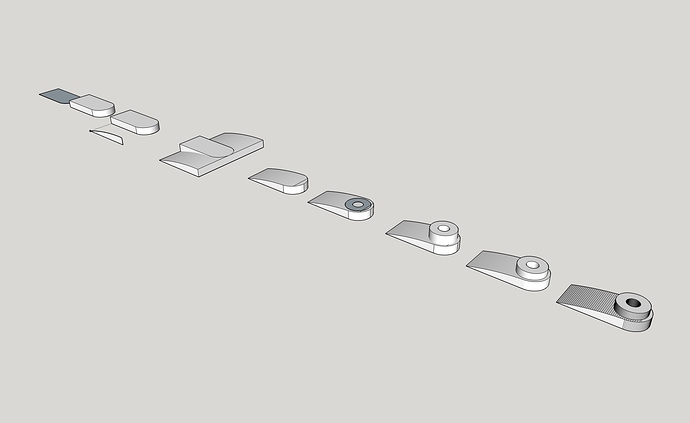 @ely862me’s illustration pretty much says it all.

What I find particularly interesting though, is what @Box came up with from your description. I hope that speaks loudly to you about the importance of providing an unambiguous description and illustration of your problem. This could literally eliminate days of speculation about what you meant before a solution that could have been provided immediately is finally proposed. If ever.

Box, Now that I can get back to my computer I’ve been going back and playing with this a bit more I was able to make actual progress. to the right is the initial way that I was attempting this. While it worked fine drawing the profile on cubes, boxes with a radius at the end had the problems you see in the image. simply drawing the desired profile “off” the side of object allowed me to pull through it (as depicted on the left). I don’t understand why exactly this is the case though.

Thanks again for the help 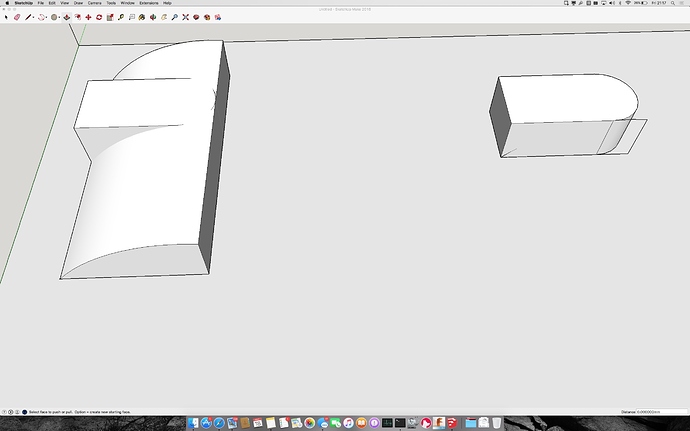 those are essentially the same “steps” that I used to create the model in Fusion. I, however, am missing some of exactly HOW you accomplished the progression. did something(s) need to be defined as groups before intersecting them? are things intersected on selection or model (i’m confused on the difference exactly). I think some of my issues, ironically, are coming from attempting to be too precise and I am finding that I can obtain more accurate end results if I give myself spare “material” on the initial shapes.

thanks again for the help.

You don’t need to use groups if you do it like this.