How to create camera component and get info from it? 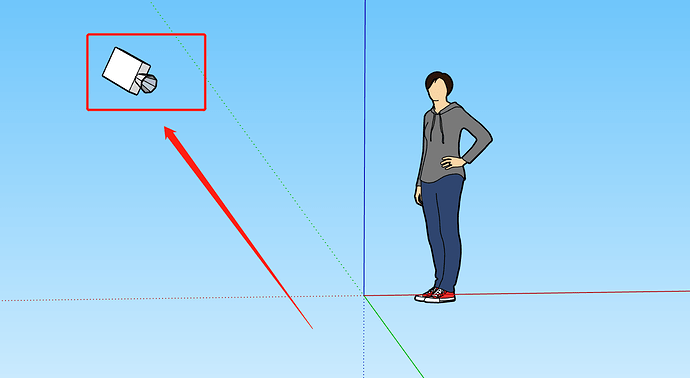 Is this from Trimble’s Advanced Camera Tools ? If so …

The ACT cameras are a group that have an attribute dictionary named “camera” attached to the instance and also have a scene page named with their name and a " (ACT)" suffix.

Is this from Trimble’s Advanced Camera Tools

yes,it is from Trimble’s Advanced Camera Tools, so what you mean is that I could get it’s attribute dictionary named “camera” to get the camera releated to this instance?

what you mean is that I could get it’s attribute dictionary named “camera” to get the camera releated to this instance?

And also the Ruby Sketchup::Camera object for the ACT camera’s scene Sketchup::Page object, which can give more information than what is in the attribute dictionary.

The ACT extension has encrypted code files, and there is no public API for it.

You’d be required to use class introspection to examine the modules and classes of the extension to “hack” the creation of an ACT camera.

… how to use class introspection …

I am not going to teach basic core Ruby skills in this forum. I’ve posted quite a few links to online and downloadable Ruby books in my Ruby Learning Resources lists:

All seven of the lists below are set as wikis.

And I certainly am not going into detail publicly on how to hack an encrypted extension.