Free to use for any purpose, forever. 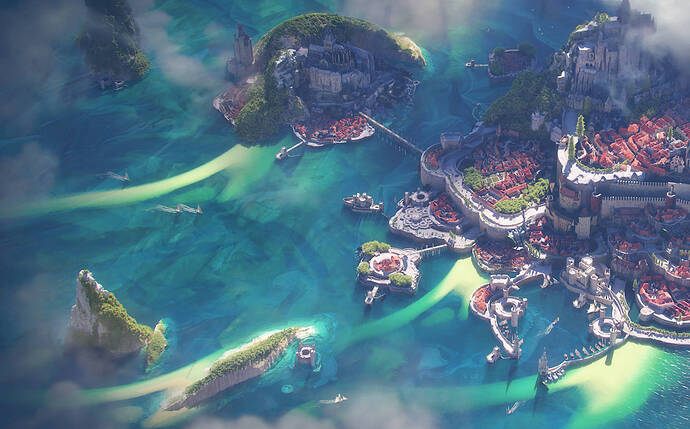 The Freedom to Create

I get that. But I would need to get into Blender as well.

I just would need to know if it works with blender.
Did it work for you?

I still have to go in and change a lot of faces manually.

Your model makes a good poster child for why it’s important to use proper modeling methods and correct reversed faces as you go if they happen.

Right, but I didn’t model it. It’s a free model from the WareHouse.

But what’s crazy, is that Sketchup Pro doesn’t have a procedural feature built in for those two things.

There isn’t even one model in the library that doesn’t have that issue.
So what’s the point?

Keeping everyone inside of Sketchup and not wanting users to exchange it with other software packages? That’s pretty sad.

It’s a free model from the WareHouse.

Would you pay if it were correct?

For the model? Yes, because it’s a lot of time fixing all those issues.
I feel also very sorry for the artist - all the hard work that was running into this model.

In general. For every artist out there who created models and shares them - but then, because of all those software issues, you can’t further proceed and use the shared work to do more with it.

That’s a shame. I believe in giving and helping. I give away my shaders, scene files, knowledge for free. And I love to work together in a team - to do something we love to do.

It’s already crazy enough out there.

You know… just working on a little fan project for Back to the Future. Just love that movie and thought I should do something.

And I don’t understand why Sketchup doesn’t have integrated tools (or free extensions) that would solve that issue. Especially if it’s a very common problem dealing with Sketchup and exporting models to other packages.

I was able to fix every single geometry. But it was such a pain so far.

Benjamin. Not sure you are clear on this. As has been said previously, this is not a software issue - and the model doesn’t build itself. It is simply that the model(s) was (are) not constructed well - and they are free! No corrections, flipping normals, whatever, required if the model is done well in the first place. This gift horse it seems was definitely worth a look in the mouth.

for sure…but still… just makes me sad to see that there is no easier way to fix those two major issues when using sketchup.

It’s already crazy enough out there.

And I don’t understand why Sketchup doesn’t have integrated tools (or free extensions) that would solve that issue.

I don’t understand that a $1700/year software program has no importers that could correct this.

that’s right. Because of course, for someone who build the model strictly in SketchUp it looks fine. But when you need to export → what a bummer.

Because of course, for someone who build the model strictly in SketchUp it looks fine.

No it doesn’t. The model is not correctly built, they just tried to cover it up with paint. You’re blaming the stove because the chef burned the omlet.

Fixing the problems can be done. It would have been better if the author had done it as they went and it’s always easier to make things correct as you go than to fix them after the fact.

It seems you really have two options. Either get to fixing the model you’ve got. You really don’t have anything invested in it otherwise. Or you could model it yourself and make it the way you want it.