Hi, can anyone share a video or explain how to use “ene_2d_plane_v1.0.0” plugin (the plugin projects - generates automatically 2d plans out of 3d projects) 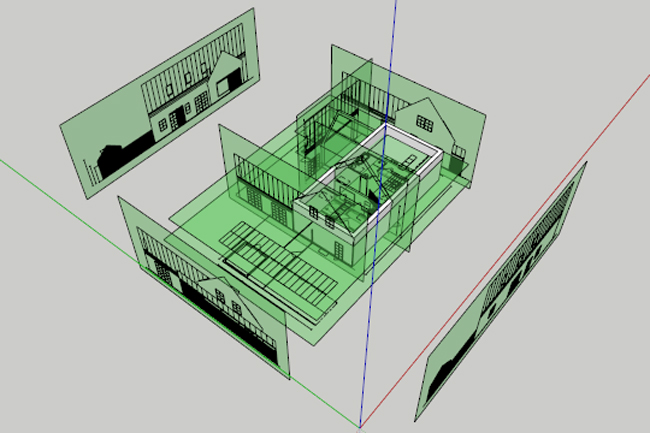 I haven’t used that extension but it begs the question, why not use Parallel Projection and standard views for scenes and then use LayOut for your plans?

I think it’s more practical not going at all in LayOut, i like Dibac plugin but since it is payed one, this one seems similar and free

Thank you i thought that it is something similar to Dibac

I think it’s more practical not going at all in LayOut,

I guess that’s your choice but I think it’s much more practical to do my documentation in LayOut than in SketchUp.

So what is the difference of this Eneroth 2D Plane and Eneroth face creator plugin, i returned cause i was thinking probably i still am not getting right this plugin ?

Eneroth 2D plane - Adds face on X Y plane in selected groups or components.
Eneroth Face Creator - Creates all possible faces from the selected edges or active drawing context if nothing is selected.

I found some 2d projection plugins: Curic make 2D, Flatten to Plane along with WorkPlane and Eneroth Project to Face but they all produce bug splat in large projects / models

Anyway, thanks a lot

Of course it does, LayOut is the best way ti go from 3D to 2D