I’m working on a desk for myself that has a slant faced “doghouse” on top.
How would I draw something like this?

I did some more searching and stumbled on the scale tool. Though I don’t fully command its use …
I made my slanted doghouse.

Well, I’m not sure how the Scale tool comes into play to draw a slanted desk top or why that was the solution but them I’m also not sure what the actual problem was.

I would draw the side of the case with the angles as needed and use them for reference for drawing the panels between them.

If you are doing the model with an eye toward using it for construction plans, draw each part that you would make in the shop (or buy) and make it a component. This will keep the parts as separate entities and prevent them from welding themselves together. Copy components when you have identical parts.

Here’s a slant top desk I modeled in SketchUp. 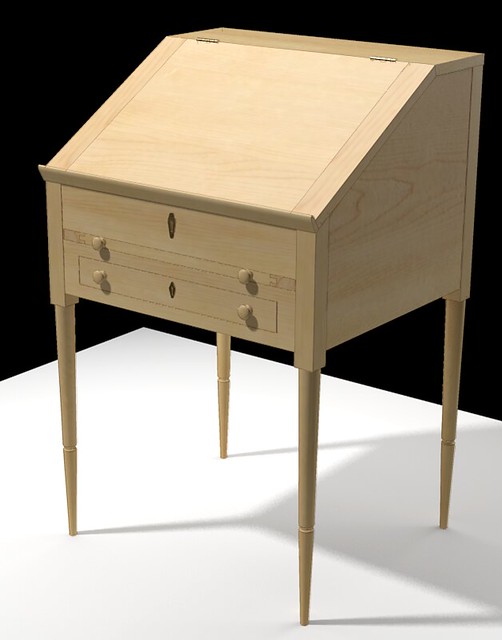 The joinery is all drawn as well. 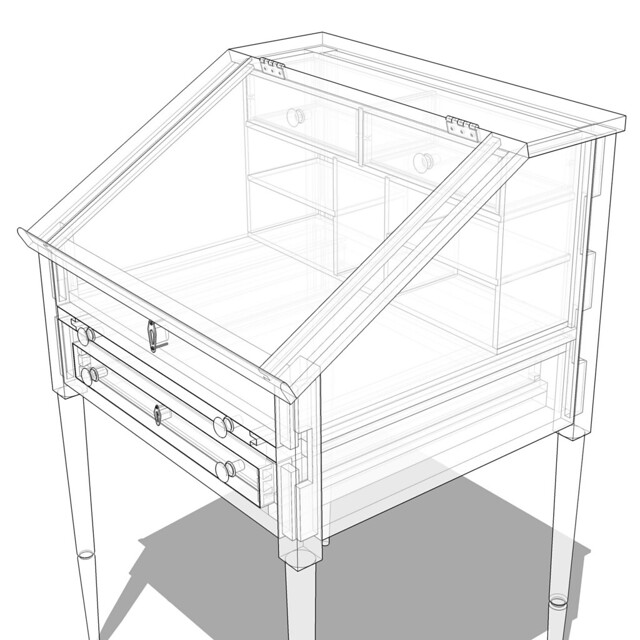 So it would be a matter of a few seconds to create a cutlist and plans could be made from the model quite easily.

DaveR. I see why you’re a Sage. That’s excellent!
I’m just sketching a rough to hand off to a cabinet maker.

The top part with the slant face, is what I was referring to as a “doghouse”.
I would like to extend the top only, on both sides (not the whole box" to the edge of the desk top, and put vertical sides to it.
Turning the top into a shelf.
Would you be able to explain how I might accomplish that? Even if ti means making it a component and starting over.

Since it sounds like you only need to show the basic outline of the besk, you probably don’t need to detail all the parts that go into building it. You might find it easier to start with a large box and cut away what isn’t desk. Here I drew a box and then added lines to divide the waste side from the desk and used Push/Pull to push away the non-desk part. Guidelines placed with the Tape Measure and Protractor tools help sort out where to draw the lines.

And with more edges drawn and more Push/Pull action, you can add more details. 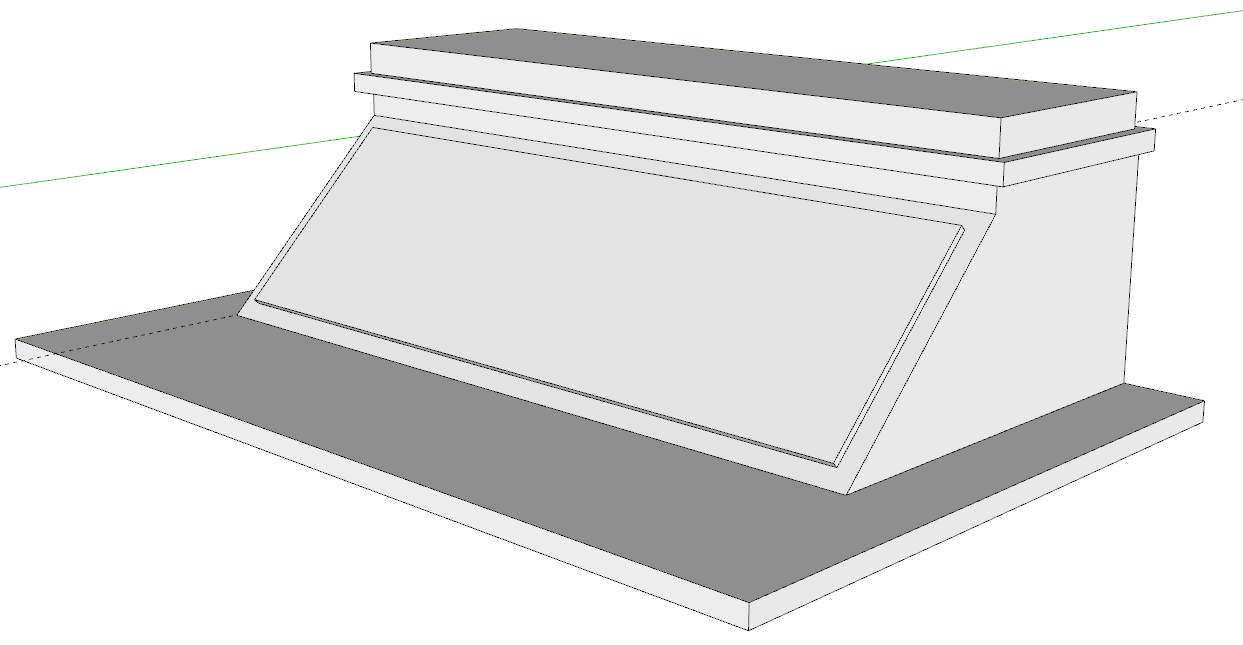 Don’t forget about the Rotated Rectangle tool, which makes short work of laying out a slanted surface and orienting its axes properly.

thanks both. have tones to learn.