Someone out there can probably help with this.

If you want a dashed centreline on a drawing, the easiest way to do it is to add it in Layout. But if you want two centrelines and a real world dimension between them, you have a problem (as shown on the attached drawing). Because the centrelines are not in the model, LO assumes you want the distance apart on the paper. Some dimensioning systems get around this by allowing you to select a scale for your dimension but not LO I think.

Of course, you could just work out what the dimension is and then change it manually but that’s real clunky. And gives a big problem if you later move one of the lines and forget to update the altered dimension.

Is there a workaround others use? 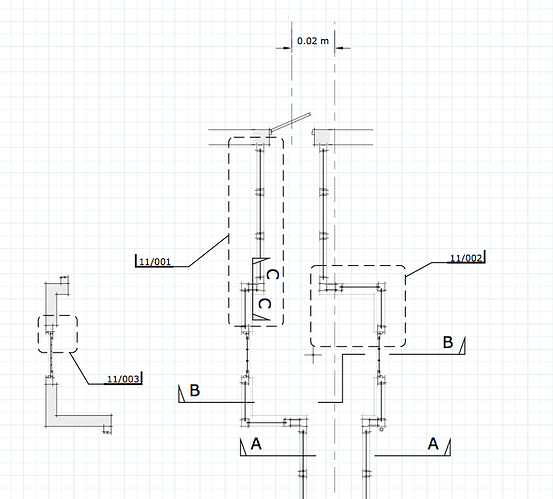 Sorry, I’m an idiot. Scale is built into the dialog box.