Diameter symbol and other special characters in Layout using Windows

I found a post on how to add special characters using a MAC but what about when using windows? For example I want to use the diameter and degree symbols when dimensioning holes. Also, there does not appear to be a way to dimension a hole other than using Label. I know in Sketchup you can select the circle with the dimension tool and it will give you the hole dimension. Is this functionality in Layout? 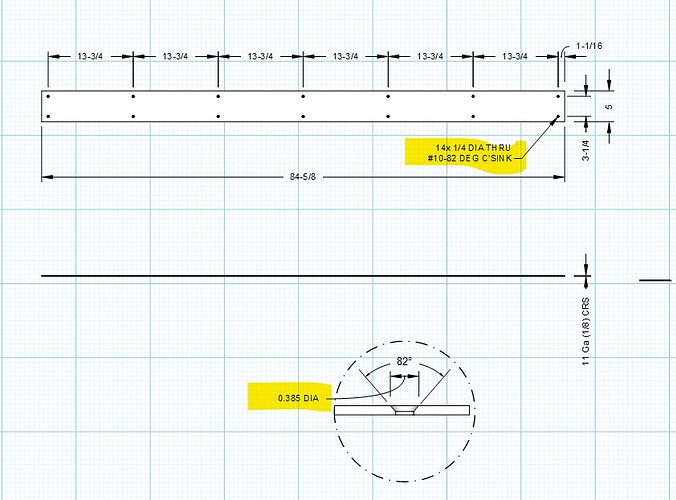 The easy one, first. You are correct about dimensioning holes and arcs in LO. The feature has been asked for, though. Hopefully it’ll get added.

Most fonts don’t have the symbold for diameter but you can fake it with the capital O with slash. 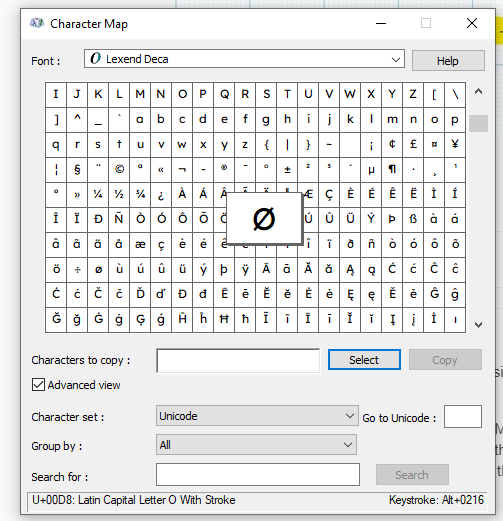 Thanks again Dave, I really appreciate your help!

FWIW there’s a font out there called Y14.5M-2009 that includes various symbols that you would probably find useful. I expect there are other fonts, too. 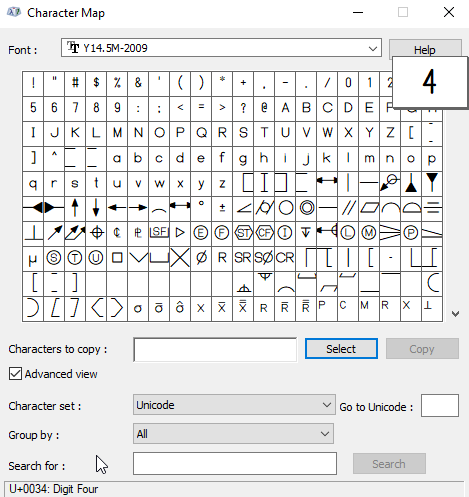 This is awesome! I searched for this and there are a few sources to download them from, however I am not sure which one to trust. Any thoughts?

I doubt there’d be a problem with any of them. I think I took the first one that turned up back when I searched for it.