I started a set of contract documents in Imperial and want to convert them to Metric.
I have changed the units in the Sketchup model to the appropriate Metric and saved the file. When I opened the Layout document that I have been anointing the units were still in Imperial. I checked the preferences in Layout and they show that they are set to Metric. I tried to add a new dimension but it persists at being Imperial.

You can select dimensions and change the unit in the dimension settings, does this work?

Indeed it does. Thank you. Have been away from Sketchup for about 6 months and was looking for the solution in all the wrong places.
Gary

You can change the units in the preferences, they will be used by the dimensions as well… 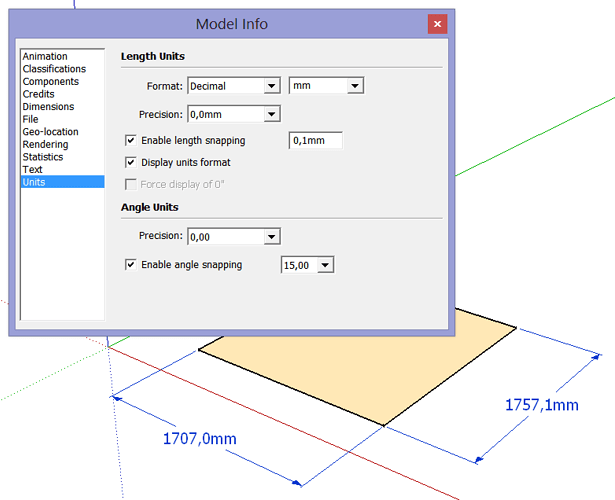 In any version of SketchUp, you can change the units you use to model and dimension whenever you please. The units settings are in Window menu>Model Info>Units.

Thanks guys, Looked all over for that and missed it.

I’m using Layout 2014, but in the Dimension Style settings, I can only change to the Metric system when I select Decimal, not with Architectural, Engineering or Fractional. Is there any reason for this?

I’m using Layout 2014, but in the Dimension Style settings, I can only change to the Metric system when I select Decimal, not with Architectural, Engineering or Fractional. Is there any reason for this?

Aah right. Makes (sort off) sense. Still a bit weird, almost as if there are no Architects and Engineers using the Metric system.

I don’t know why you get that impression from those units. Maybe you should look at how plans are dimensioned in metric units. Here’s an example. 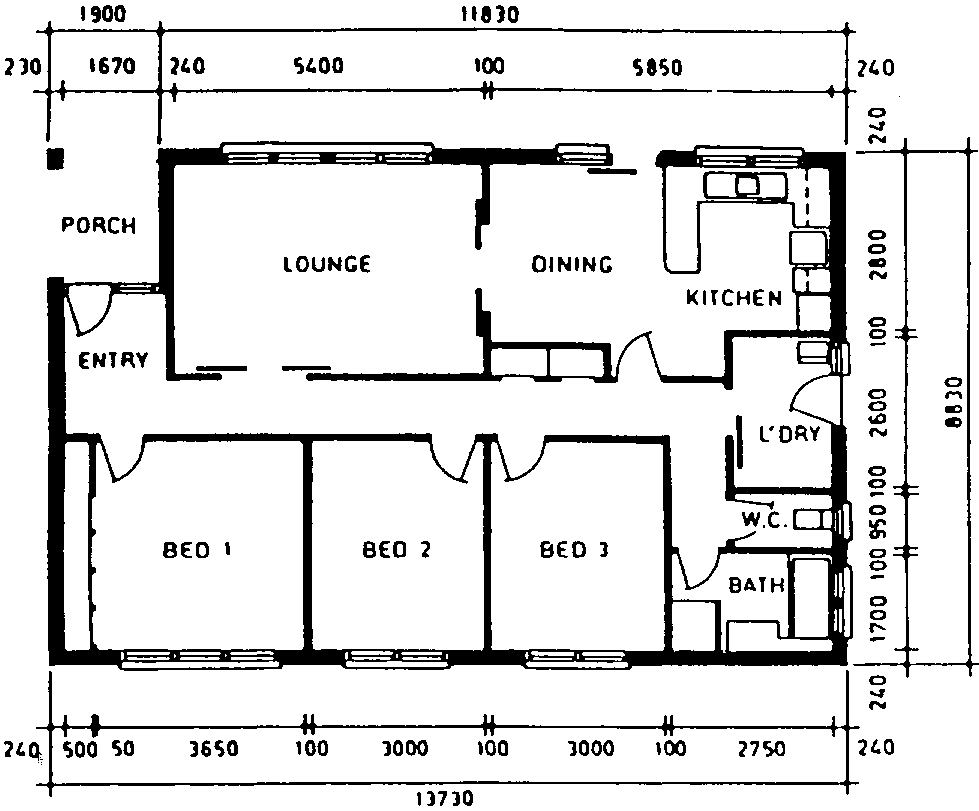 as if there are no Architects and Engineers using the Metric system.

Basically the metric system is the same for everyone. People in the USA, Liberia and Myanmar keep using the nonstandard “Imperial” system that has different notations for different disciplines.

Perhaps you should be thankful that you use one or the other. In Britain, we still have relics of the imperial system even though the country went theoretically ‘metric’ in the late 1960s. So construction timber is still commonly referred to as “2x1”, or “4x2” (inches) etc, even though it is sold as 25x50mm or 50x100mm nominal dimension, and actually approximately 20x44mm or 44x94mm finished size when planed (note the reversal of the order of the dimensions, too).

Round numbers in metric? Not really.

I work as a volunteer set designer and constructor in our local amateur theatre, where we inherited a lot of scenery flats from the BBC and ITV in the 1960s, which were all designed and built in multiples of whole feet (or occasionally multiples of 6 inches) . The cost of converting to ‘rounded’ metric sizes was and even now remains prohibitive, so all our scenery is still built to imperial measurements - feet and inches - though we buy timber in ‘metric’ sizes - and a 300mm ‘foot’ is just enough shorter than a 12 inch foot (304.8mm) to cause real problems in ordering.

PS. At least we are now mostly spared the horrors of my schoolday arithmetic sums. I remember exercises of the form 'if you buy 1 ton, 6 cwt (hundredweight), three quarters, 1 stone and 6 lbs (pounds) of coal at £3-19-4 (three pounds, nineteen shillings and fourpence) per ton, how much do you pay?

Multi-radix arithmetic gone mad. And people bought coal by the whole (or occasionally half) ton anyway, not in such daft fractions.

From a rusty memory (supplemented by a quick google search), there were 20 cwt in a ton, four quarters in a cwt, eight stone in one cwt, 14 lbs in one stone, and 112 lbs in one cwt. And 12 pennies in the shilling, 20 shillings in the pound. And we still had half pennies and farthings (one quarter of a penny) then, too.