can anyone show/explain me how to create a camera crane wit a ruby script for a driving plane on an airport in SketchUp?

I have watched an internet animation of an airplane taking off at an airport that I think was a Sketchup model. I thought it included Ruby source code, but I’m unable to locate it with a few minutes of internet searching.

“Crane” is the up and down movement of the camera. Others are: 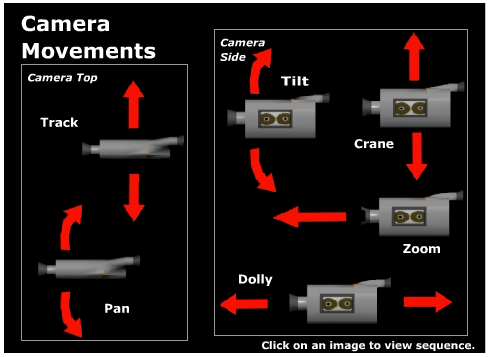 Sketchup’s built-in features include camera animation and recording. Scenes can be saved that represent the various camera positions and orientations, and then the animation option can be selected. It only animates the camera’s view, not models.

Animation of a Sketchup model like an aircraft cannot be done with built-in Sketchup options. An animation plugin or a Ruby script could perform an airplane takeoff.

@BruceYoung, Since he’s speaking a language you understand, I’ll leave it to you.