I am drawing architechtural houses in separate models and then placing them on a separate terrain model for each project. Some times I use the same house in many different positions in a terrain model. What is the best way to do this? I want to do all architectural changes in the architect model and I then would like the terrain/project model to be updated.

Is it possible to do what I want? How do you do it?

Thanks for all input.

This should work the way you describe it. Have you perhaps accidentally moved the axes of the component before you reloaded it?

I do not understand what you mean by “accidently moved the axes”. The house/-es are situated different towards the axes in the architect model (where it is straight built in conjunction with the red/green/blue axes) and in the terrain model, where i can be any direction. What I did was to update the house/component in the terrain model after having done som changes in the architect model. The house turned up on the correct heigt, strange enough (blue axis), but not correct towards the green and red axes.

I simply use copy & paste.

Share an example SketchUp file that has come in to your project model with the wrong orientation.

Better use ‘reload’ instead.
A component like that house is just a little SketchUp model inside your bigger project.
Once that component is saved as (rightclick) to a folder of your computer editing or even creating different versions of that house is more easily managed by opening the saved file itself.
(It’s almost the same as editing in the master file but without the grey bounding box)
The insertion point of the component in the project file is now the world axes or origin, so any moving around will reflect
Once the editing is done in that file you can hit save.
Then go back to the project file, rightclick on the house component and choose ‘Reload’

It will prompt you to the saved location and file, but you can choose other files or made versions of that house.
All instances of that component will than be replaced with regards to the position of their axes.

I don’t have a bunch of houses but here’s an example of replacing a component with a modified one. To start, my components are located as shown, below. I’ve rotated the near workbench relative to the global axes. Note the location and orientation of the components’ axes. 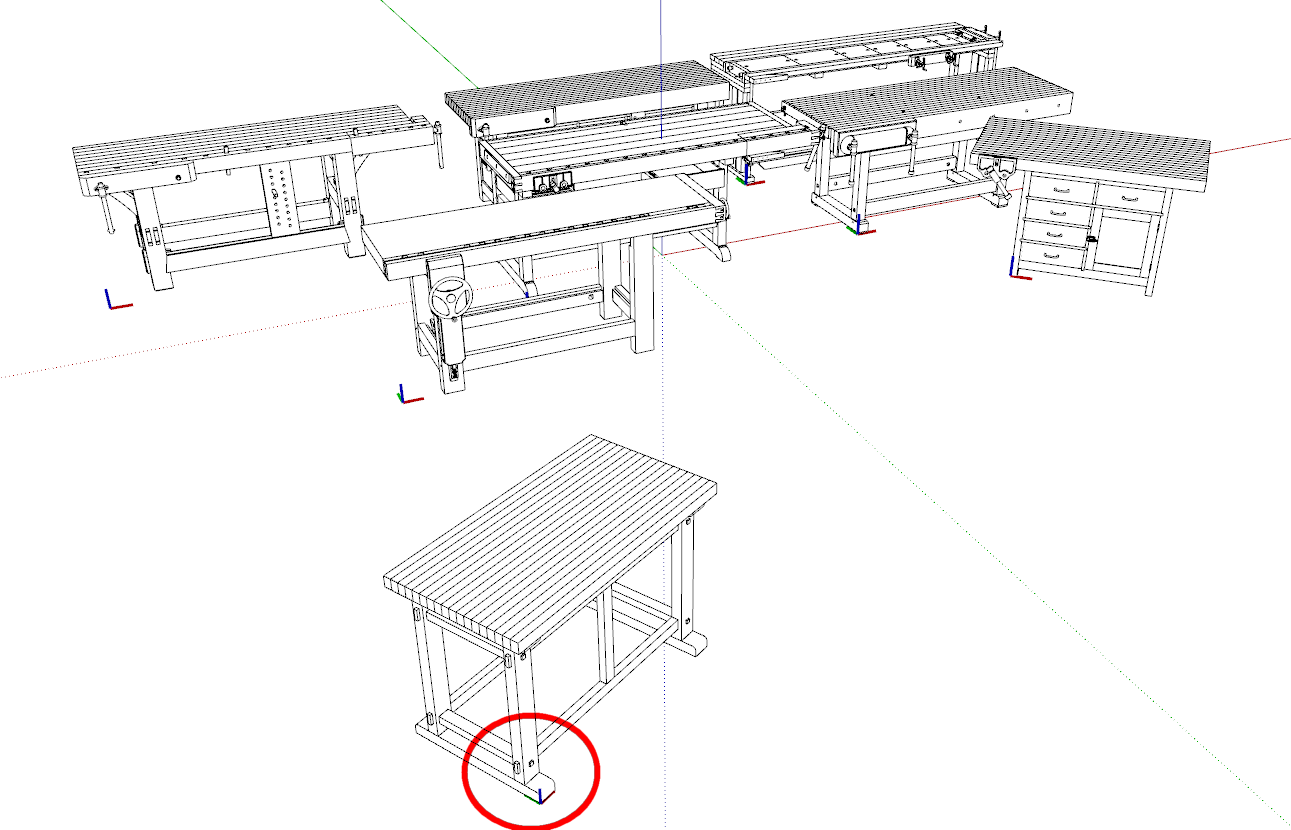 Here’s the foreground bench component opened in a separate file. 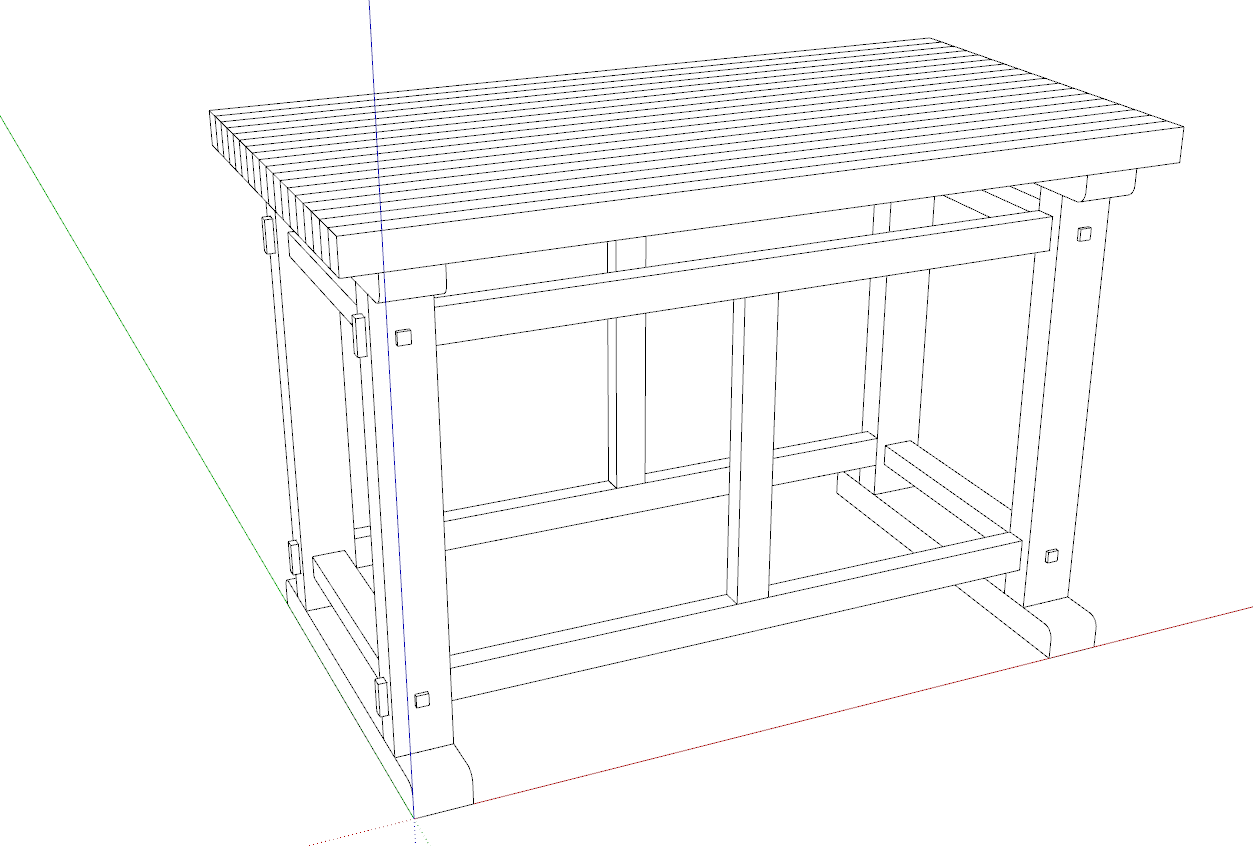 After editing the component, Save and then Replace works like this.