Can somebody for the love of God explain this? 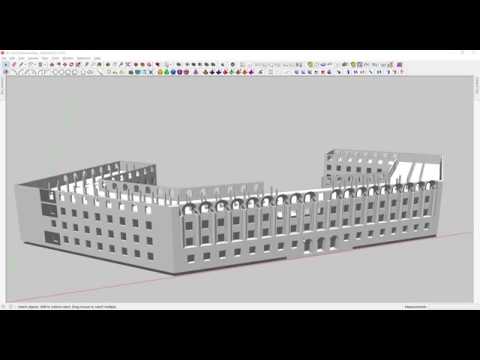 I have talked about this problem and described it in detail 3 years ago but no solution has been offered other than to deal and live with it. But how can a bug like this be tolerated if those decimals eventually cross the decimal point and you’re left with a project that has cms of modeling errors?

Something is wrong with the Arc Tool. Everything goes smoothly until the Arc Tool is used somewhere in the project. Then as if the whole file gets “infected” with a virus - arcs no longer measure properly, although circles do, drawing straight lines mess up existing arc dimensions etc. It’s basically a precision bug. The worst thing is, there was a temporary solution. You could just erase the “infected” geometry, and copy the remaining into a brand new SU file. That would ensure a clean environment. But as of late, even that escape route fails. and make sure that every click I do is snapped, so this is not a question of clicking a wrong place in the space.

This issue has been bothering me and others since 2010. I have a slight case of OCD and seeing those pesticide numbers at the end just makes me angry. It can’t go on like this. I’d like to hear from the SketchUp developing team. Are you guys aware of this? What is being done to solve this almost decade-long bug?

The imprecision you are seeing is in the 6th decimal (using meter as unit). We are taking about half a hundredth of a millimeter here.

SketchUp works with floating points numbers and can therefore never be mathematically precise in the way expressions based on integer numbers can be. Results of calculations, whether additions, multiplications or trigonometric functions, will be rounded to what a computer can handle, similarly to how there is a limit to how many decimals a calculator can show.

Whatever the Arc tool does also only affects the newly cerated vertices, and possibly those at the end of the arc. Other coordinates in the model will not be changed, so even if arc tool introduced a significant imprecision, it would only “spread” to things drawn from that arc.

What would your suggestion be in this case? Should I just ignore it? Can I be sure that this imprecision will never increase to the point that it will cause snapping or aligning problems?

I don’t think you have to worry about the imprecision increasing.

SketchUp’s precision is much better than you can measure in reality. Half a hundredth of a millimeter is about one-tenth the diameter of a human hair. Most machinists don’t work to that kind of precision.

My suggestion is to only display units in architectural modeling down to the millimeter and for furniture and scale models maybe a tenth of a millimeter. The impression seen here is absolutely tiny.

Thank you guys for your input.

and scale models maybe a tenth of a millimeter

I mainly work in a centimeter template. I reduced the zeros from 6 decimal points to just 3. What Dave said about the diameter of a human hair also makes me realize how extremistic my approach to precision was before this. Thank you.

and for furniture and scale models maybe a tenth of a millimeter.

For most furniture, dimensions to the nearest millimeter are probably close enough. I’d model with a couple or three places beyond the decimal to make it easier to catch possible errors but if I were modeling for plans, dimensions generally be to 1mm resolution.

For wood I would usually be happy at 0.5mm accuracy. For mortise and tenon joints 0.1mm can have a surprising difference. For that reason my SU template is set to 0.1mm accuracy and goes through to machines with the same precision. I’m successful with the results measured on digital Vernier gauges that are accurate to 1/100th of a millimetre but I ignore that level of precision and read to the nearest 0.1 (1/10th) mm.

While I wouldn’t get stuck on precision greater than than 0.1mm for wood, if you were talking say designing a car engine then I imagine the tolerance would need to be around 1000th of a millimeter for precise parts such as piston bores, but I don’t know really. I guess Its just matter of applying the correct or adequate precision for the task at hand and of course at a level that that you can actually measure.