Well perhaps not, but another take on trying to make building design software even simpler. It seems you just draw lines & those lines can be parametrically zapped into building components/elements.

Hi JQL,
Not come across that one either, not that I’m searching. If I’m reading this right, its an eyewatering $150 per/month…yikes !!!

Snaptrude isn’t cheap either. I think Modumate is here longer. It might be more robust but I’m not certain. It’s based in Unreal engine and it does look very interesting. 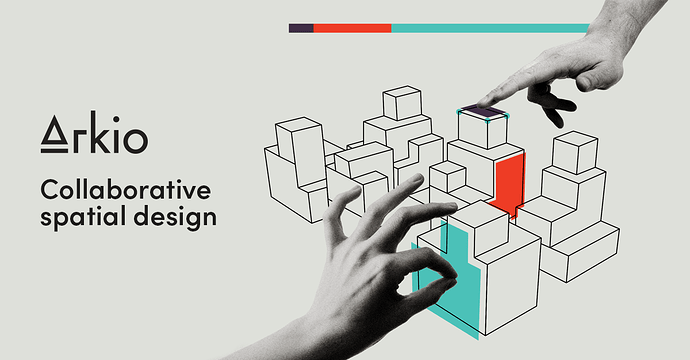 For interactive editing with VR.

What both have in common besides twice the cost is the ability to collaborate in the cloud, complete with projectsoftware and data storage.

So let’s hope they take information management and data seriously, something Trimble is iso certified for:

(And btw, the collaboration and projectsoftware comes included with the Go (< €10 per month) and Pro (< €23 per month)

For interactive editing with VR.

I could never use that - it has the same name as the dentist I went to as a a child. A nice person and a friend of my parents but rather rough as dentists go…

FormZ www.formz.com I think the most competitive, also in terms of price. I also have a free version.

Interesting looking, both features and pricing.

I’ve mentioned FZ before on other topics & never quite understood why its so under the radar, especially for architectural works. One conclusion seemed to be the lack of timely/drawn out upgrades & confidence in the company, other than that, their older video tutorials are very compelling none the less.

I agree. Moreover, it is a complete program - we don’t need a lot of plugins here. The quality of the obtained geometry is also an advantage, the program supports NURBS surfaces and Bezier curves. I myself considered buying this program due to its rich import and export options. With its help, transferring models between SolidWorks and SketczUp is not a problem. If anyone would like to try, there is a full demo version. And I am also surprised by its niche nature. Maybe it is due to a lack of funds for marketing?

But let’s end praising FormZ because they will ban us!

Agree…IMHO, the biggest thing that I think is missing from the basic SU product though is something like the SubD and Vortex Tools plugins (I know this will probably get me into trouble too) but if that kind of capability was available in the base products (desktop and iPad versions) SU would be even a bigger hit in the 3D market.

The success of SU was not built by Trimble, Google did it by distributing for free, also for commercial use, a great, intuitive and fast 3D modeler. Trimble bought a well-known and widespread program and … in fact, it did not change much in SU to make it a paid version, only the free version was reduced with many functions. And if it weren’t for plugins, which are often made available for free, it would probably be a failed Trimbe investment. Because who would pay this money for “bare” SketchUp without possibility increasing its capabilities?

Google yes had a free version, but the pro version always had a cost. All the free versions are and were not for commercial use.

I think there are plenty of people that see the value of SU as a base program and don’t necessarily need a vast plug-in list to produce professional work. Google owned SU for a relatively short time - 4 years of its 22 year history. Most of the advancement in the program occurred obviously in its infancy. However the development and advancement of SU and LO has seen the largest bumps since 2012 when it was acquired by Trimble.

I wonder if anyone has tried the .SKP import and export capabilities of FormZ?

All the free versions are and were not for commercial use.

Google free versions were, up to the first release of SU 8. Commercial use was removed from the maintenance version of SU 8.

However, the last free version that was really interesting for architects, for commercial use, was 7 which still had free DWG import.

I wonder if anyone has tried the .SKP import and export capabilities of FormZ?

I myself considered buying this program due to its rich import and export options.With its help, transferring models between SolidWorks and SketczUp is not a problem.

As I wrote: import/export commands work verry well. Much users know about problems with translate SU models to CAD systems. FormZ can solve it.

Hmmm, so 6&7 had free versions with no commercial use limitations? I always had the paid versions. I still have my original CDs somewhere.

Google’s terms of use for Google Earth and Google Maps changed at the time SketchUp stopped using them for geo-location. This change is what drove SketchUp to switch to Digital Globe for geo-location services.

And it should be noted that Google weren’t giving it away out of the goodness of their heart, they were expecting everyone to create all the 3d buildings they wanted for google earth. Imagine the value if it had worked.