SU Make creates triangles on its own

In Sketchup Make, when I draw a line, it creates triangles on the line, many times connecting that triangle with an adjacent perpendicular line. I’d like to upload a video to show what’s happening.

In Preferences, OpenGL, look to see what the Use fast feedback is set to. Try changing the setting.

It was checked. Will that fix it? What’s that for?

Sorry it’s taken so long to reply.
I’ve tried it checked and unchecked, tried various anti-aliasing settings, they still show up.
Any way to u/l a short video of what’s happening?
I’ve tried it on my Nvidia card and an AMD video card. No difference.
If I have to change video cards, I will. it’s annoying and time consuming deleting them.
This is on a pc. 32g Ram, Xeon, SSD.

In SketchUp, Preferences, OpenGL, what shows under Graphics Card Details?

How about sharing a SketchUp file that shows this?

SketchUp hardware specs do require 1GB of memory in the graphics card. I was able to run it with an old 768 MB Quadro 1800 card OK, but this still might be the reason.
Check the Nvidia website for the latest available driver for your card and if there is a newer one than what you are running, download and install that.
In the Nvidia control panel 3D application settings, check that SketchUp is set to use your Nvidia card, and that Antialiasing and Anisotopic Filtering are set to “Application controlled” or equivalent.

My Nvidia GT1030 has 2 gig of ram,
I keep the drivers updated.
Thanks for that input. I hadn’t dove into those settings before. I set them as you suggested.

How are you going about modeling this thing. I reset the model axes and move the model closer to the origin. Notice the Z-values for the corners of your object. They should all be identical but aren’t. Since the corners are not on a plane you’ll need to have triangles to have faces.

If you were using a correct workflow this wouldn’t be an issue. SketchUp is making the triangles in an attempt to keep faces.

When I start modeling, I draw a line away from the axis. I find them distracting. I draw the first line along the x axis, then go from there.
The dimensions on this model don’t matter as much as the spacing of the screw holes. It’s a fan and filter holder for a 3D printer. I’m replicating one already on it so I can make my own changes.

As far as a structured workflow, I never learned one. I’m self-taught on the software (as I have done on >100 other software titles (utilities for pc’s, a whole gamut of categories) over my 40 years in I.T.
Is there some video about a structured workflow? I’ve used Fusion 360, and I like Sketchup a lot better, probably b/c it’s the first cad program I learned. I’ve tried Autocad, Freecad, Tinkercad, several 3d building construction software (I used Chief Architect for 7 yrs for a project I pm’d). I still like Sketchup better.
I’ve watched many SU videos, just haven’t taken the time to sit through an entire course from one of the excellent teachers in YT.
I’m learning as I need to. thus, the questions presented here today.

I appreciate your replies, but the comments about the dimensions don’t have anything to do with my original question about the triangles. I’m not “building a watch” as a friend of mine says.
In commenting about the dimension, you’re making assumptions about what they should be, or their relationship to each other. Those don’t matter. Only that it matches the screw holes to replicate a current component.

I was relying on the info you supplied in your profile.

When I start modeling, I draw a line away from the axis. I find them distracting.

They are there for guidance.

The dimensions on this model don’t matter as much as the spacing of the screw holes.

And are these dimensions correct? 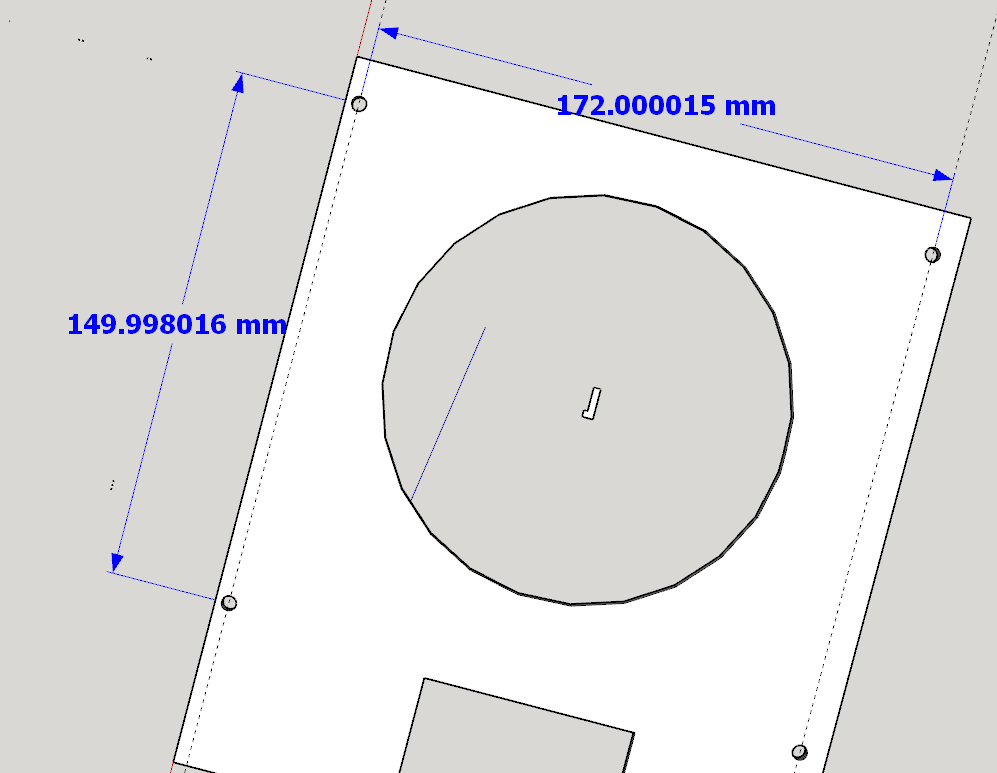 I’ve watched many SU videos, just haven’t taken the time to sit through an entire course from one of the excellent teachers in YT.

I’d start with the instructional materials at learn.sketchup.com

Edit to add: I made a version of your model very simply starting with a rectangle, laying out the holes and deleting the faces within. Then extruded it to thickness. Of course I have net to add the features on top but because I did the modeling using the axes as a reference and entering exact values, there’s no triangulation at all.

Good job. I still wonder where the hidden geometry comes from.
Dimensions don’t matter. It matches the size of the one that came off.
Sure, uniform and symeterical is better. Just wasn’t going for that initially. thanks for the help.

Also, it looks like the Pro version is more geared to architectural design. I’m doing 3D printing design. Would there be much more I can do than the Make version I have?

Thanks for your help. 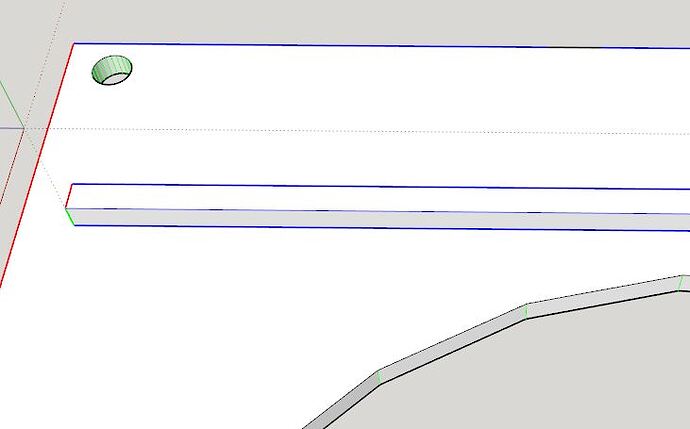 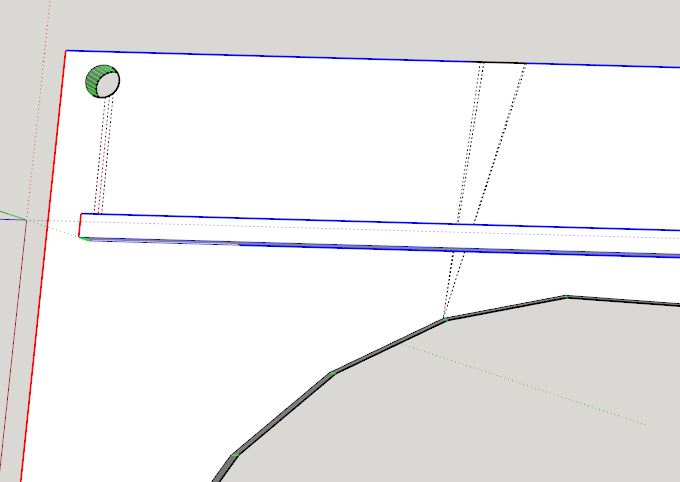