Agree, .deb and .rpm is also fine, better then nothing…

I agree . . Would make deleting Windows out of Virtual Box FUN . .And never more to have to deal with the malware, virus and bot loaded O/S called Windows ! . . A .run version is almost across the spectrum of Linux . . But I would like to see a .deb version . .They have a Mac version and Mac is not very different from a .deb version . . ( I run Ubuntu 15.10 64 bit but older version as 16.04 has bugs yet ) Been there twice and twice have gone back to 15,10 as some bug which caused some problem some place . .

some bug which caused some problem

They aren’t reserved for Windows?!

They have a Mac version and Mac is not very different from a .deb version

Not true at all. The GUI and system libraries on Mac are vastly different from Linux.

Was a video Problem which made a mess of my laptop screen …some where it got wrong driver or something installed for running Linux . . Never ever had that happen before . . haha just poke at windows they have some windows programmers working for Linux and so !

Oh Okay was given the Ideal that Mac was not to different from .deb . . I know I can add Mac in Virtual Box . .

What may have misled you is that deb and Mac OS X are both based on variants of UNIX, so many of the fundamentals are the same. You can sit at a terminal and find a lot of the same GNU-based commands. You can run X-windows apps on Mac via the Quartz library. But the native GUI libraries are totally incompatible and Apple’s are proprietary.

Without discounting the requests for a native Linux version, I invite all Linux users to try the online version of SketchUp (currently in beta) my.sketchup.com. It’s not fully-featured yet but it looks & feels like native SketchUp. 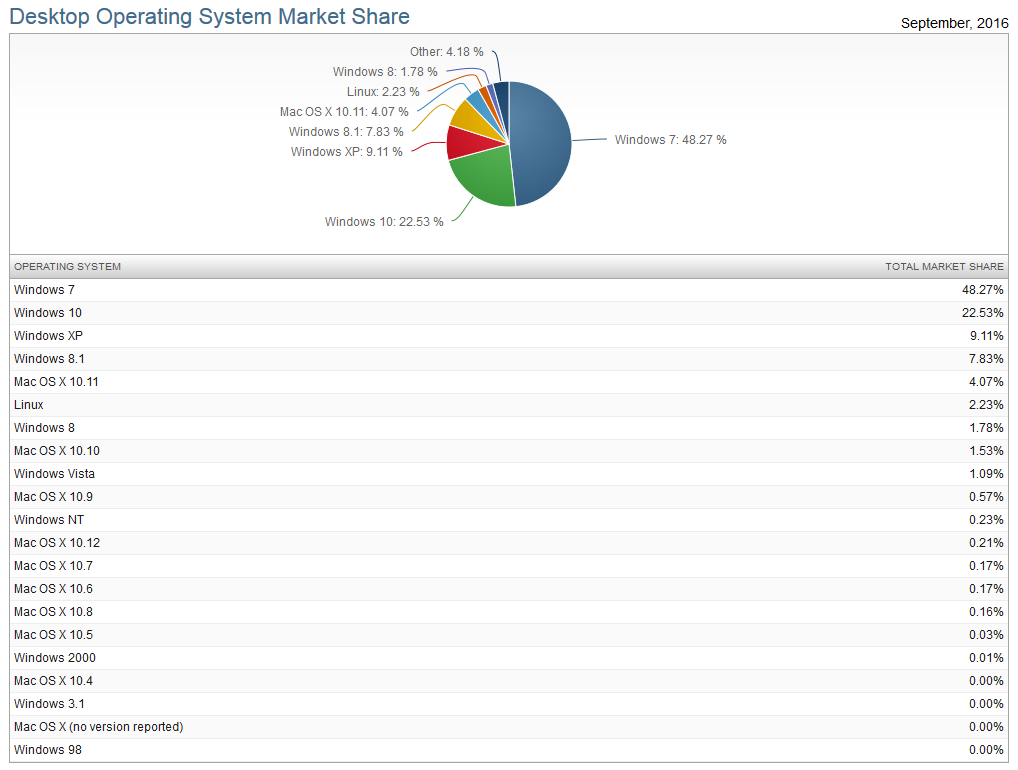 Does that include the Computers I deleted the Windows stuff out of it and installed Linux ( Ubuntu ) on them ? I alone have installed over a dozen computers with Linux ( Ubuntu 32 bit or 64 bit ) depending on the computer !. . Some even had windows 10 stuff . . And I keep converting people over to it . . . . Or is this the ones that were sold with that O/S installed on them in this list . . I have even installed it on a tiny Net-Book about 7 inches in size . . Runs so much faster and does more than it did with windows . .

I went up there and looked at it not bad !

Runs so much faster and does more than it did with windows . .

Well I had the tiny net book ( Attila’s ) running windblows and timed it, Linux start up time was less and running a program was faster . . and it took less memory to do it . So not smoking much of any thing . .Plus he can run a lot of your windows stuff under Wine . . Oh yeah getting to a place on the internet is also faster by about a second . .

I use Arch Linux, so I can install software from essentially any other distro. I would be just as happy if they came out with an Ubuntu version, or a Fedora version, as I could use either on my system.

However one must remember that the statistics for makers is skewed towards Linux as opposed to Mac/Windows, which many schools and institutions have installed on their machines.

I’m up for a LINUX version too. I’m frustrated with Windows since moving to W10 and I’m moving to LINUX.

If you at Trimble develop at any decent standards it would be easy to offer a version (with limited support to limit risk) and look what happens.

(this market share stuff is just made up, ever compared number of Android vs. Windows vs. OSX? You should know that GNU/Linux Desktops/Workstations just can’t be counted in any correct “way” - and btw., noone cares on counting them …)