Here is an infographic I created for WIRED magazine, Microsoft and the Renault F1 team using Sketchup + Thea Render (and some Photoshop to bring out those pinks).

Renault provided blueprints and references for the car which was made in Sketchup with SubD plugin. The models where then rendered in Thea with multiple different passes and then edited for colour balance in Photoshop. Everything was the split into layers to create the animation in HTML.

I first created the actual F1 Renault 2017 car but then it was decided that the car should be ‘downgraded’ to reflect a generic 2017 car rather than the specific Renault model for various reasons. 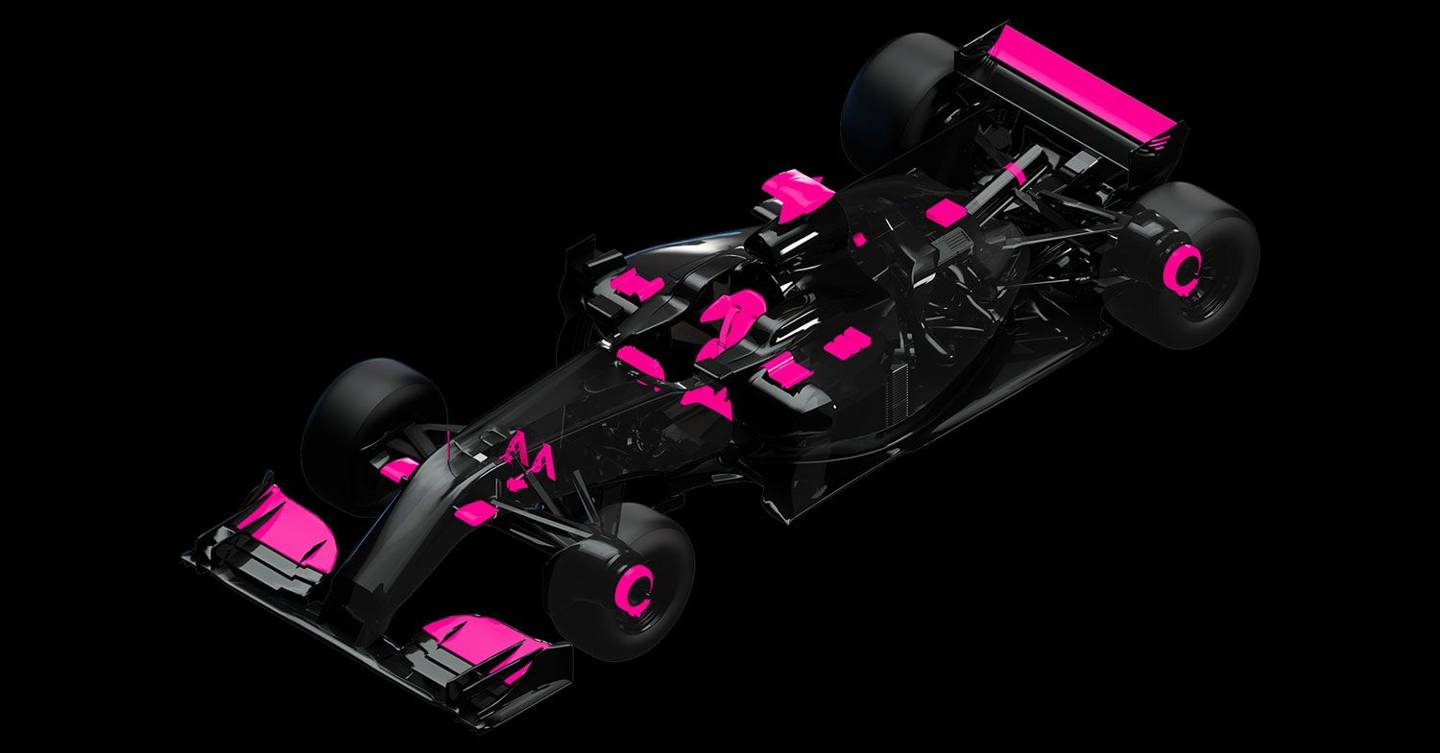 Infographic: Behind the scenes at Renault Sport Formula One Team #SportOptimised

Here is a static image and the animation is above. I would recommend the view the animation on desktop as it’s not optimised that well for mobile.

Nice job on the graphics! I don’t get a chance to watch F1 (on TV) very often but I enjoy it when I do.

I try to go to one race per year but honestly its getting pretty boring these days…!

Thanks all for the kind words, I will post here some images from the project I found while cleaning up Google Drive.

Here was the first car I made. Now one of the problems we had was that the Renault Car had not been announced at that time (or even finalised) and all of the reference images I had from Renault differed. For example at the time we had several different spoiler/wing and aerodynamic surface options. Not that I was complaining as the final wing turned out to be crazy and would have been a pain in the but to make.

This is the same model without any sponsor or badge decals.

Following this was a long discussion and back and forwards about shading options and colour schemes. I think the client wanted to retain the yellow while I wanted to go more towards chrome or matte. Don’t ask how but in the end we ended up with pink…!

Here is a direct render from Sketchup>Thea for the simulator illustration.

So, is that a driving simulator with 5 projectors I take it?

Yes it’s the Renault simulator at the Enstone headquarters in the UK. It’s 12,800 X 1,600 px using 5 projectors. It’s not actually on actuators but I thought they looked better for illustrative purposes to show it’s a simulator.

but I thought they looked better for illustrative purposes

Hey, if you’re making your own version of reality, might as well make it the way you’d like it.

Yeah check this place out!

Try MotoGP if you want thrills & excitement (and plenty of overtakes).

Try MotoGP if you want thrills & excitement (and plenty of overtakes).

At the Helsinki Aviation museum they have a WWII fighter plane simulator (Messerschmitt). You usuallymanage only to crash.

Ive got one here at home!

This is my X52-Pro with a HTC Vive, it’s doesn’t move like a full simulator but i’ve still fell out of my seat quite a few times!

This isn’t the same helicopter game in the background (take on helicopter: hinds) but I have this one too (FSX): https://youtu.be/T9RJzG2zEcw?t=30