Hi - has anybody tried any of the new M2’s yet - either MacBook Air or Pro?

My daughter could do with a new laptop for school and I thought I’d give her my MacBook Air, 2020 M1, if the M2 was a noticeable performance upgrade for me to buy for myself.

I don’t work on anything too intense or heavy with Sketchup so far, but that’s because in my day job I work in AutoCAD on Windows for an architecture practice. However, I’m looking to freelance with Sketchup and Enscape, after being a casual/hobbyist user of those in my own spare time. I’ll be mainly just drawing one off residences at a time and occasionally AutoCAD LT for Mac when required. I’m fairly new to rendering and have been playing with Enscape on my M1, with no performance problems so far.

Very curious about that too… I’m running it already on Mac Studio M1 max, it’s very fast on this. I’m rendering with Podium, which is also amazingly fast on the Studio M1 max. I would like to have a second machine just for rendering, considering the Macbook Air M2. But as far as I can see M2 is not mentioned in the Trimble hardware advice, only the M1 is.

You’ll be fine, they are both the same architecture of chip.
Apple branded a commonly used type of Chip architeciture (ARM) as M1.

Programs have to be built for ARM on Mac rather than X64, which was the architecure they used before.
Prorgrams had to be rebuilt and rewired in order to work with this instruction set and alongside this the proprietory GPU that is inside of it.

For most software, once that has been done, programs should work fine moving forwards - unless Apple change other things in the OS.

And moving fowards they will have
M2
M2 Max
M2 Ultra

So if you are buying a newer machine, each tier will be a little more powerful than the tier from the generation before.

Thank you for your help Elmtec-Adam!
In that case I will without worries add an M2 to the team

Just be aware that an M2 is still less powerful and an M1 Max - and keep those tiers in mind.

Got that! The M2 will give me back the 10 cores of the macStudio. I will only use it for rendering.

Just be aware that an M2 is still less powerful and an M1 Max - and keep those tiers in mind.

Less powerful in multi-threaded or graphics contexts, but the M2 is 15-20% faster in single-threaded tasks than the M1 (of any variety).

Just looking at the benchmarks now

Thanks for the replies input , all. Just to summarise, I’ve specced two configuration for around my budget. An M2 13" and an M1 Pro 14" - I’m not worried about screen size as will be using a secondary display, mostly.

Is it obvious that the M1 Pro will be the better general all-round performer out of the two? 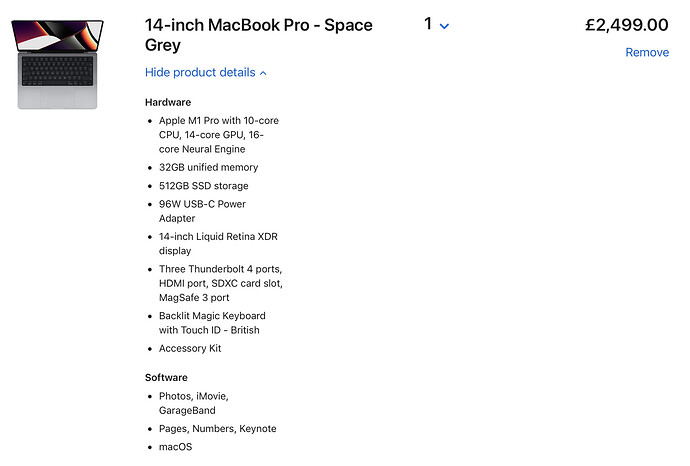 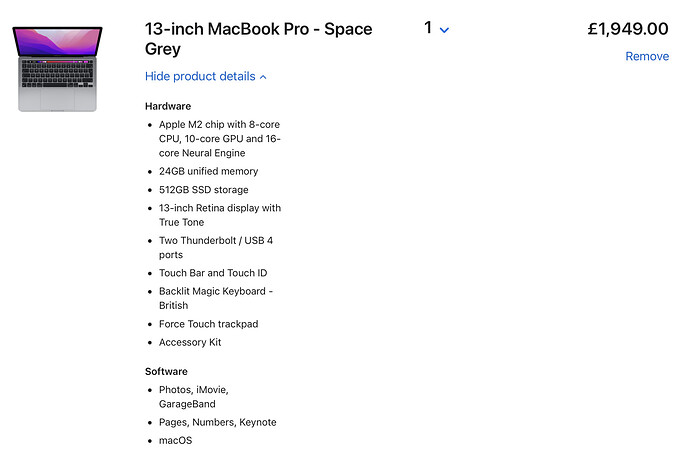 If you do more GPU based stuff the M1 Pro will be the better allrounder.

If you need more CPU grunt, then the M2 will be better.

SketchUp always works better with more CPU - but either of those will be a big step up from what you use now, that is almost certain.

The GPU based tasks are typically going to be real time renderers or gaming.

Enscape will massively benefit from the better GPU.
If Enscape is a priority, then go for the M1 Pro