Mould of a cinder block

I need to do a mould of a cinder block - very similar to the image below. 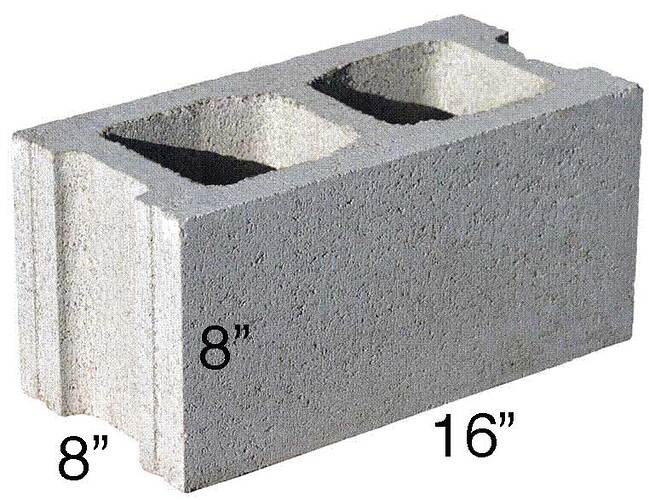 I’m not at my computer right now so I can’t demonstrate but I would draw a rectangle larger than the block. Extrude it up by a few inches to form the base of the mold. Draw the outline of the block on the top surface an pull up the faces leaving the negative space for the block.

What sort of detail are you looking for?
These CMUs have a draft to them, that is, the holes are larger at the bottom and smaller at the top.
They also are not 8 inches tall, rather 7.625" ish. To allow for mortar. Same for the length.
Help us help you,

I would approach it by drawing the exterior cubic volume numerically, as Shep says, and then maybe using a photograph as a tracing guide for the inner details. Match photo is one way to do that.

The block is already built. It’s the mould I don’t know how to build.

The block is already built to the specs I was given.

it’s the mould I don’t know how to do.

Applying for patents with the free version of Sketchup?

This is what I described yesterday. 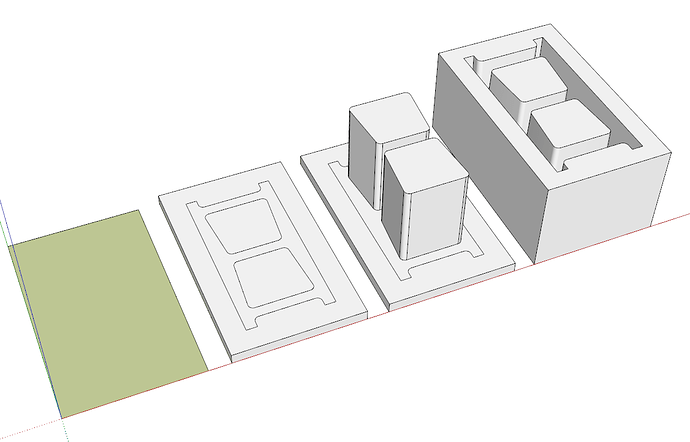 And a cross section of the mold. 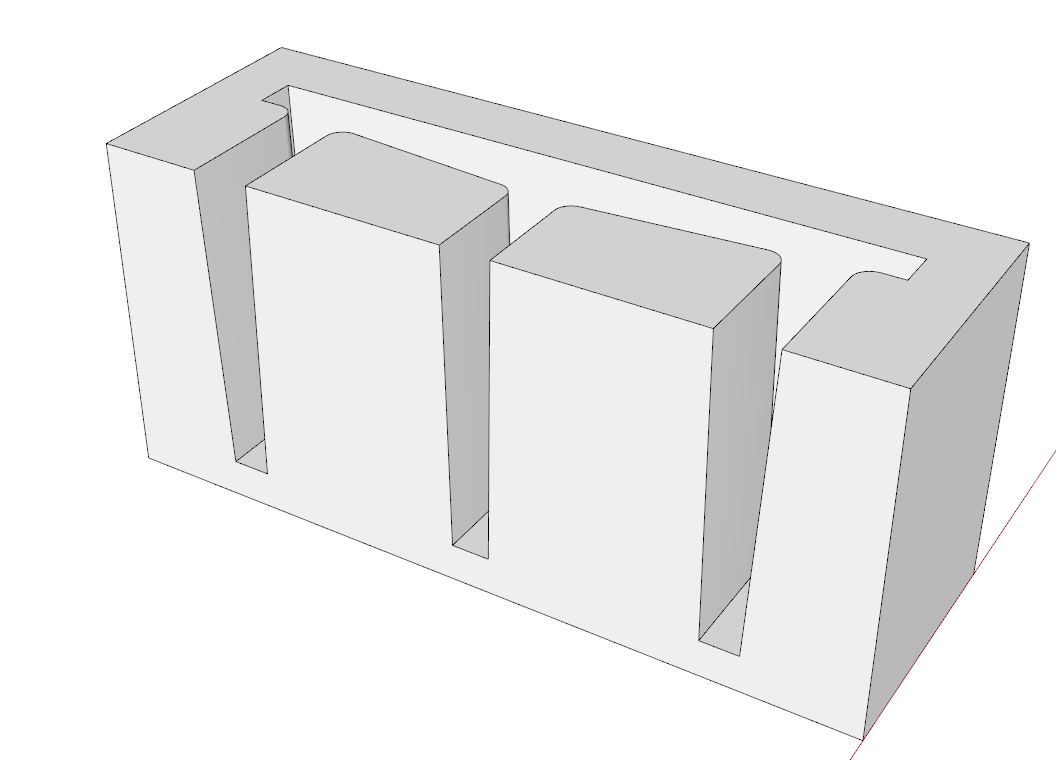 Thanks Dave, that helps. Now i understand what you meant.

Of course you could draw the mould at its full height and push in the void, too. 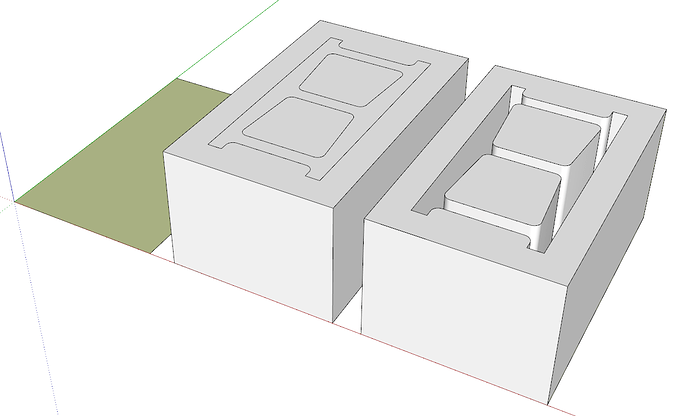 And scale the top edges to create the draft if you need that.