I’ve been trying to model a curved slot like this one: 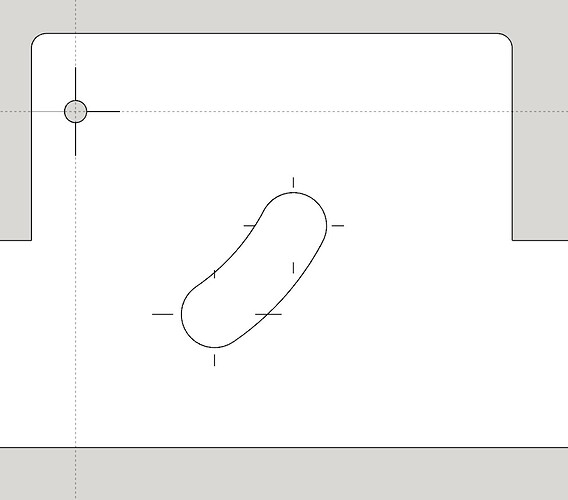 I’m using the Arc tool pivoting from the centerline of the hole on the upper left to draw the arcs. No matter what I try, I can’t get the arced lines to intersect the circles so I can push/pull it through to make a curved through slot. Anybody have any ideas how this could be done?

The inner one does but the lines you’ve drawn crossing that arc are a probllem. Delete those trace one of the edge segments on the curve and that should sort them. The outer curve is not attached to the upper circle. 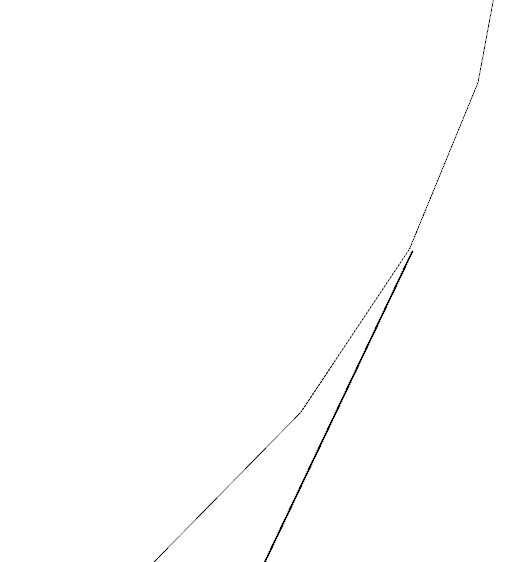 How are you drawing those arcs?

I know the area you zoomed in on is the problem. I’m using the arc tool anchored on the centerline of the upper left hole to draw the arcs. I have the two end points of the arc marked. That’s what I centered the circles on. I start the arc on top of the lower circle, swing it and it misses the upper circle edge.

The problem is related to the vertices on the circles. You’ve done what is in the vast majority of cases the right thing by dragging the radius of the circles out on axis. In this case you don’t want that. Instead you need the vertices to fall on radials from the center of rotation. Here I used 12-sided circles just to make it easier to see the vertices.

FWIW, if your circles were at some multiple of 15° away from the axis lines, you could drag the radii out on axis. Your 24-sided circles would then have vertices in the right place. Since the angles aren’t like that in your model, though, what I show is easier.

I originally used your principle in setting up the axis lines except I used the arc tool to draw the centerline of the slot then drew the circles off of those endpoints. What you’ve done above, making a circle first, then rotating it in copy mode to place the second circle seems to me a different way of doing the same thing but somehow it works. I tried again using your method and I now have my curved slot. After it was made I was able to highlight the circle curves and change them back to 24 segments without any adverse affect. 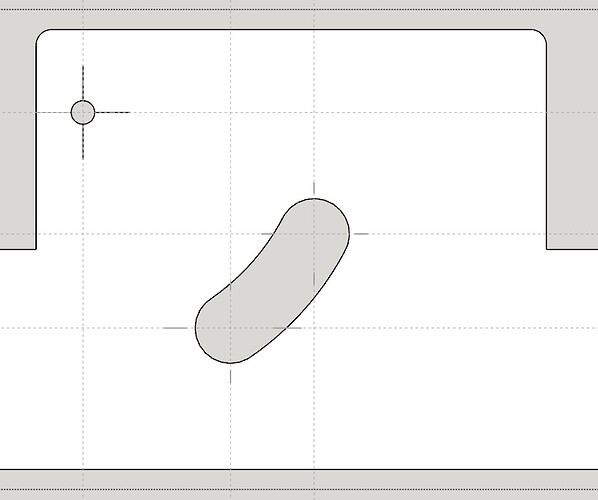 You could have just drawn the circles with the default 24 sides in the first place. I only used the 12 sided circle so the vertices would be very clear in the gif.

I would suggest that you omit the index marks ffor identifying the centers of the circles at this stage so they don’t intersect the geometry of the part. If you want to add those marks, do so after making the back support a component. 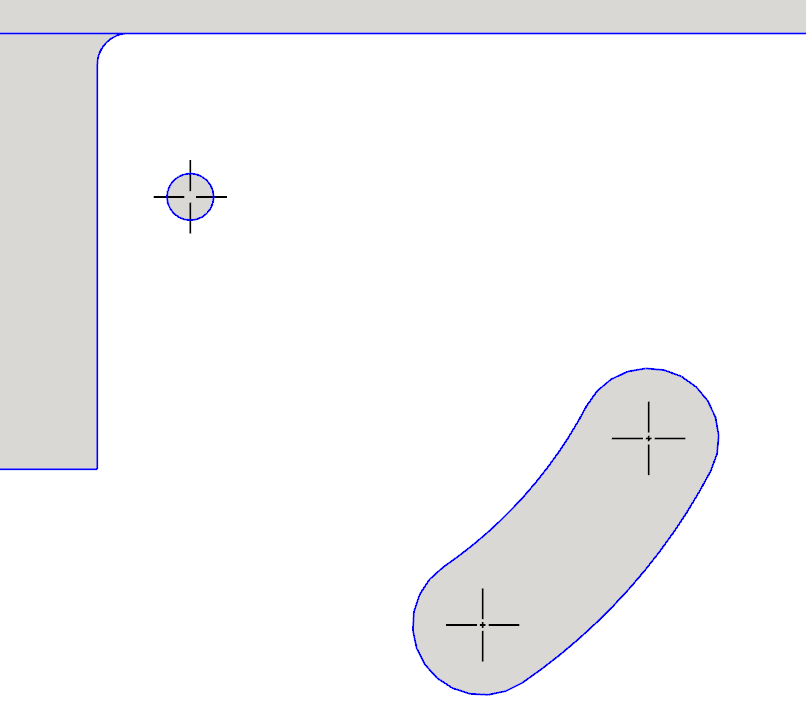 Another approach to drawing this slot would be to draw the inner and outer arcs of the slot and then use the 2 Point Arc tool to draw a half circle at each end. You end up with the same orientation of the vertices.

Yes, the 2 point arc seems to be a much easier way of doing it.

I guess it depends on what information you know to start with. If you know where the centers of the end holes are the first option might be easier.