Hello everyone,
After watching and reading, the guys here could probably have something like this produced in no time. But I am having a hard time figuring this out, mostly how to make all the holes. So I need an object that is 128 mm length by 85 mm width by 23 mm height. The object has nine “12 mm” holes lengthwise and six “12 mm” holes widthwise (total 54 holes). The holes are spaced 14 mm apart lengthwise and 13.4mm apart widthwise. The holes are also offset some, in that they start lengthwise 2.5 mm from the left, and 5 mm from the front widthwise. The holes are also 20mm deep so that there is 3mm left on the bottom. Hard to imagine; I made this drawing which should show it well. I plan on printing this thing on a 3d printer. Also, I plan on putting cylinders that are 11.5mm in diameter in the holes, so I will need enough “sides” etc. on the holes to make sure they fit just fine. 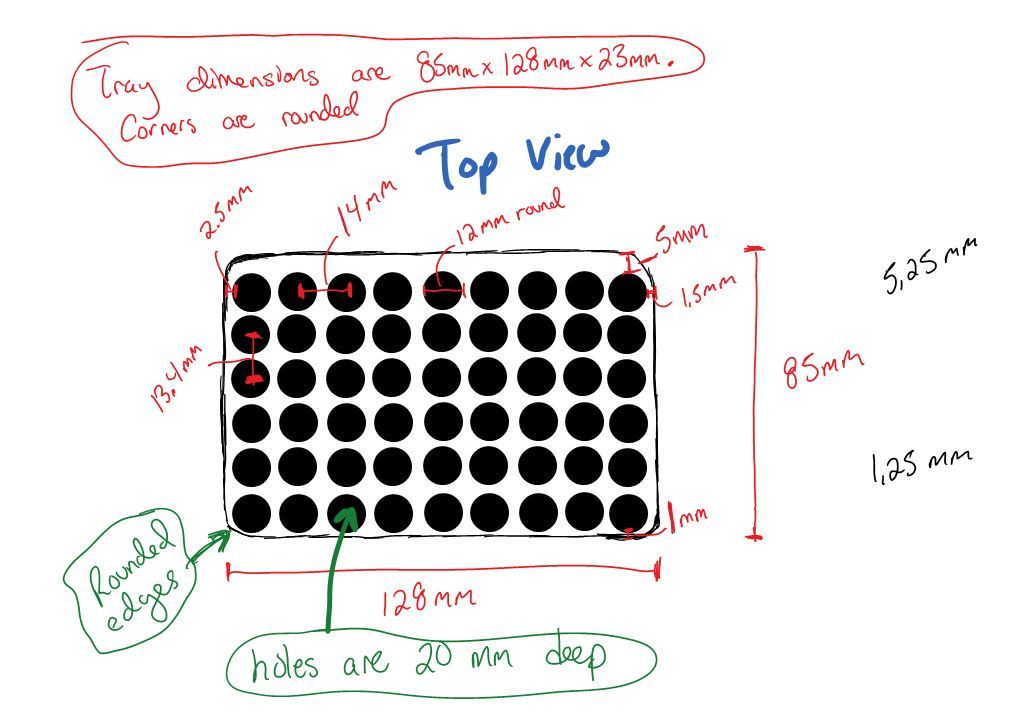 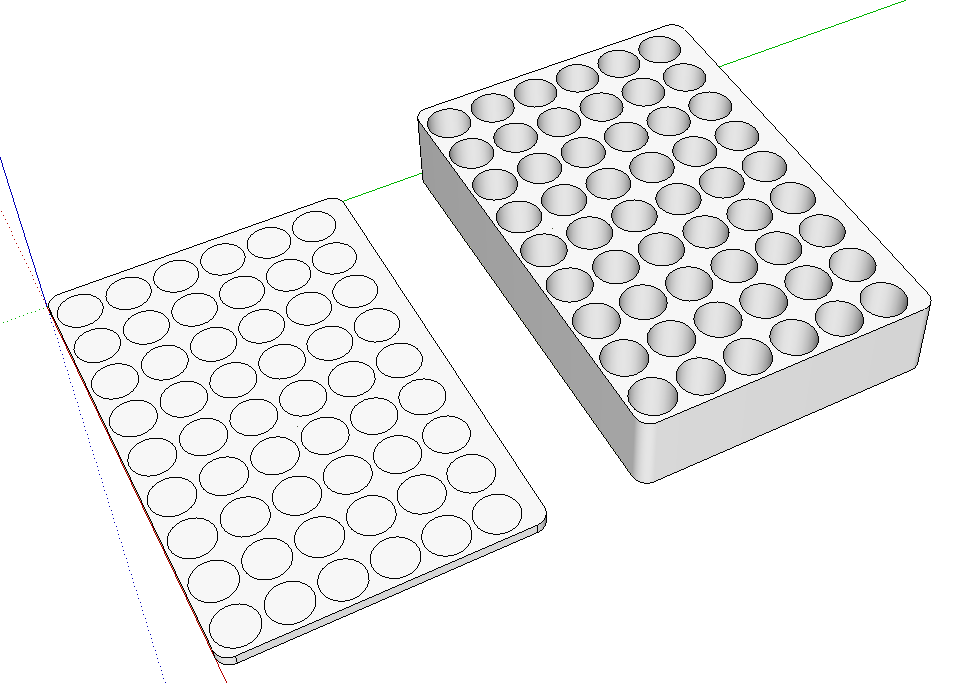 Thanks a lot. I really appreciate it. It looks like you have already created it. Do you happen to have the file itself? I would like to take a look at it in sketchup if at all possible. I will have to make other objects similar to this.

It’s unlikely that Dave will have saved that model, most of us make them as demos and throw them away. Generally we prefer to show you how to do something rather than just do it for you.
Here is a moving version of what Dave shows above.

Ok thanks Box. I was unaware. Will remember that in the future.

I was easily able to produce the object based on what was provided. Thanks for the help.

I think that there is a good chance that I might have to do this, hopefully not. The object that I am trying to reproduce has this. But what if I have to make the top 12.5 mm and the base 12 mm, which would make them somewhat like cones rather than cylinders. There is a fair chance that there will be an issue with the cylinders fitting in there. The only thing I have been able to find to try to explain that has to do with the follow-me tool. I cannot get that to work though.

Select the top edge of one of the holes and scale it to 12.5 while holding ctrl so it scales about the center. Edit: The easiest way to do this is to select the top ‘circle’ and change it’s radius in the entity info dialog to 6.25
You could do this manually to each hole, or create one tapered hole and array as before.

I don’t mean to stir up the pot here… at least I don’t intentionally mean to do it,… perhaps there’s a good chance my German heritage is sneaking out, and subliminally guiding my fingers to type all this out (It’s happened before).

But, I was just curious about the outside margins. We have four sides with four different margins… 1mm, 1.5mm, 2.5mm, and 5mm.

Now I know that some folks might expect to see that as even margins all the way around.

I myself am old enough to go with flow, and take things as I find them.

…but on occasion there are also those nights where I get out of bed and go over to the desk to fix all that stuff. After all, who needs sleep when you can uphold the values of good old fashion precision German engineering.

So, I guess what I’m saying is that if you’d like help with that then wake me up.

I haven’t seen this before, I guess it’s a standard on SU for Windows ??? 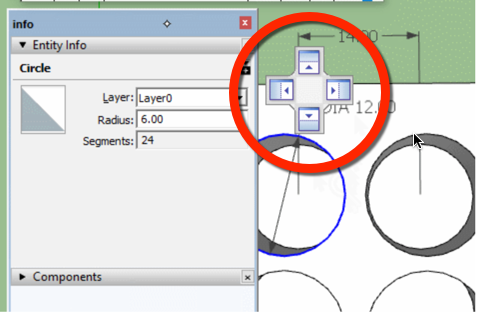 Yes it pops up whenever you move trays, it’s an auto position feature.
If you drop the tray on one of the four sides it will dock the tray on the relevant edge.

Sorry. Late getting back. Box is correct. I didn’t save the file after making the images. Looks like he got you fixed up, though.

As is typical, the holes have become more complex. What I have needed to do is create a notch from one hole to another with the tapering. Because of this I think I need to create one hole with a notch and then try to array. The notch is just a place where no material is for 10mm down from the top, 6mm wide. I can array but for some reason the hole and notch are not recognized with the shape. You can view what I need below. 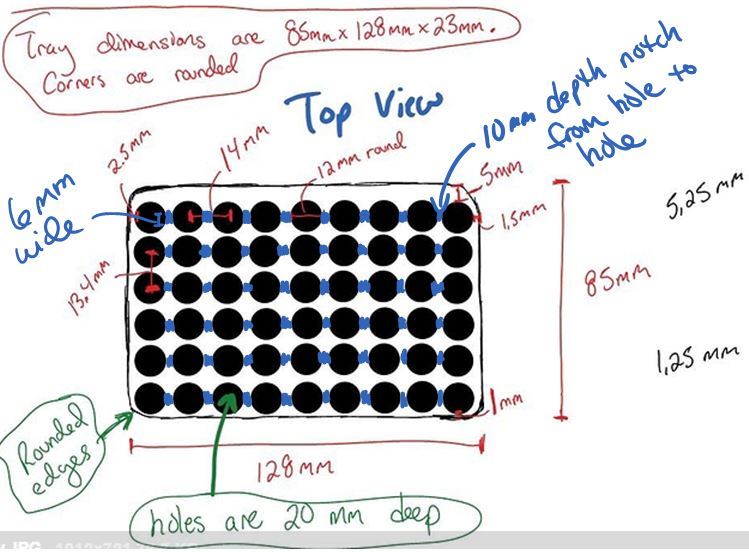 When I say that they are not recognized, I mean that it seems like they don’t intersect: The arrayed hole and notch with the rectangular solid don’t intersect. Very strange. Maybe there is an easier way to do it though.