LAYOUT IS TOO SLOW! Any alternatives for presenting plans to clients?

Sick to the back teeth of layout. It’s performance is too slow! Found myself convincing clients to use sketch up viewer to avoid using it. just very aware that I’d like to present professionally. Is there any other alternative to layout that anyone can recommend?

The vast majority of the time, performance in LayOut can be improved with better modeling practice and better LayOut workflow. It sounds like you’ve already given up on LayOut so this might be too late but if you share one of your LO files with us we could take a look at it and offer some constructive help.

I find Layout is fast and responsive.

What exactly is it you are trying to do - it’s not clear to me.

Producing construction documents in Layout is a doddle for me.

Probably the model involved has tons of high-poly 3D vegetation and hybrid or vector rendering.
I would export a PDF and use that to present.

I like to purge my model before going into layout.

I present most of my SU work to clients in Powerpoint… unless it is specifically construction documentation…it is faster, more universal, more graphically capable… 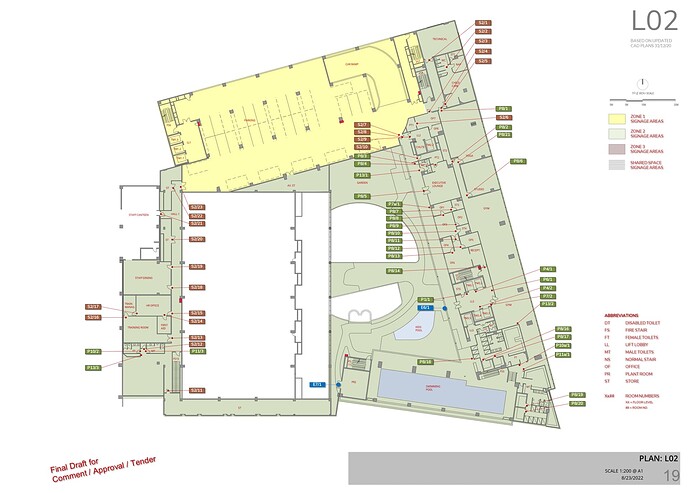 Are you presenting live to your clients? For presenting live, the only time LO would be slow is if you are updating references live of a high poly count model. Once they are updated though, you should be able to switch pages quickly.

As others have mentioned the size of the SU model, and the methods used to render it in LO all affect the speed. Limit what you render in either vector or hybrid. Make sure your SU model is well organized into groups and components and purge the model before sending or importing into LO.

That’s what I do.

Layout is now a nightmare

Its really strange how some people say Layout is a nightmare - and others say it is fast and responsive. I must be missing something because I have always found it perfect for the drawings I produce.

probably says it all

It depends on the client as to whether or not I present live to them. But in the case of live presentations, I use the sketch up viewer as its far more interactive. I still however like to provide some sort of more formal plans to them though, this is where I use layout and covert to pdf.

Definitely got something to do with the high poly thing mind, but I can’t avoid it using plants!

that might be helpful. How do I send it? I’d like layout to work for but its a struggle with all these high poly plants!

How do I send it?

Guessing it’s too large to upload directly. Upload it to DropBox or We Transfer and share the link.

Definitely got something to do with the high poly thing mind, but I can’t avoid it using plants!

I can send via we transfer but I’ll need an email right?

No. Share the link in a reply or if you don’t want to share it publicly, send the link to me in a private DM. Click on my name and then “Message”.

I’ve got your SketchUp file. Here’s some stuff I found. Most of it contributes to rendering in LayOut being slow. It also makes SketchUp slow down a bit because it’s all overloading the graphics card. 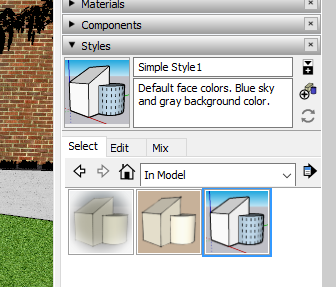 In the “Simple Style 1” you’ve got hidden geometry turned on. This requires the graphics card to render all of the hidden and softened edges in the file. 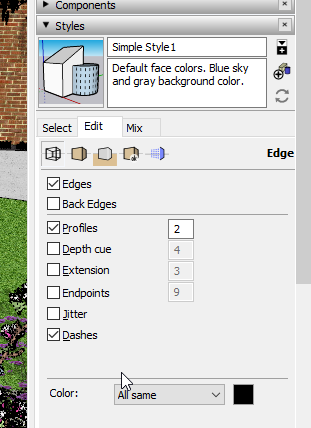 You also have Profiles turned on. Another thing that creates more rendering work because the graphics card has to figure out which edges need to be displayed as profile edges and which don’t. With so many edges in your model due to the high poly plants, that takes time. 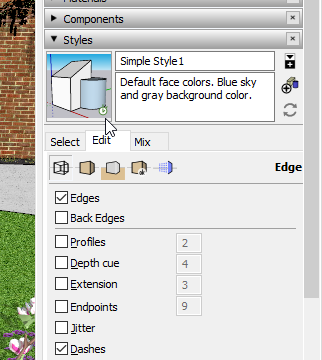 Turning off Hidden Geometry and Profiles will help. Notice the little stopwatch icon in the corner of the style thumbnail. This indicates the style is “fast”.

The other two styles with the watermarks and sketchy edges will be slow, too, but in LO you will need to leave those set to render as Raster or you lose the sketchy edge styles.

Screenshot - 8_24_2022 , 8_02_42 AM718×296 83.6 KB
Not only are you using very high poly plant components, you’ve got plants with a lot of unneeded geometry such as the roots and the parts extending through the walls. That geometry doesn’t do you any good but it’s still there and needs to be considered in the calculations done by the GPU to decide how to render it. Cleaning up the components before adding them to your project would help. Or choosing different, lighter components might be a better option. I expect you can get your story told without such heavily detailed plants.

There are other places where you have geometry that is a liability not an asset. Lots of internal edges and faces in just the cabin component for example. 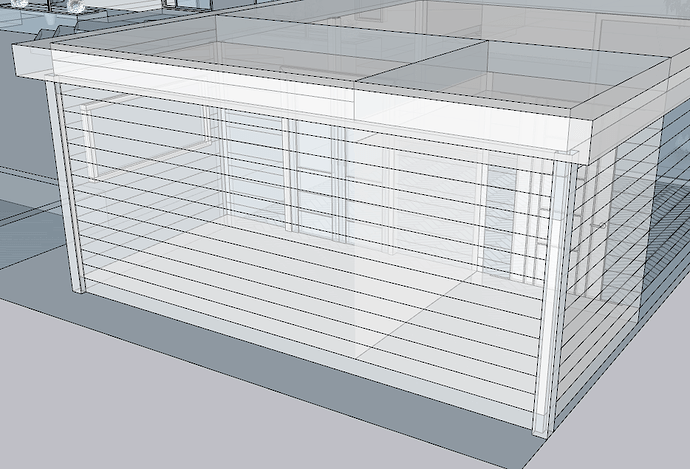 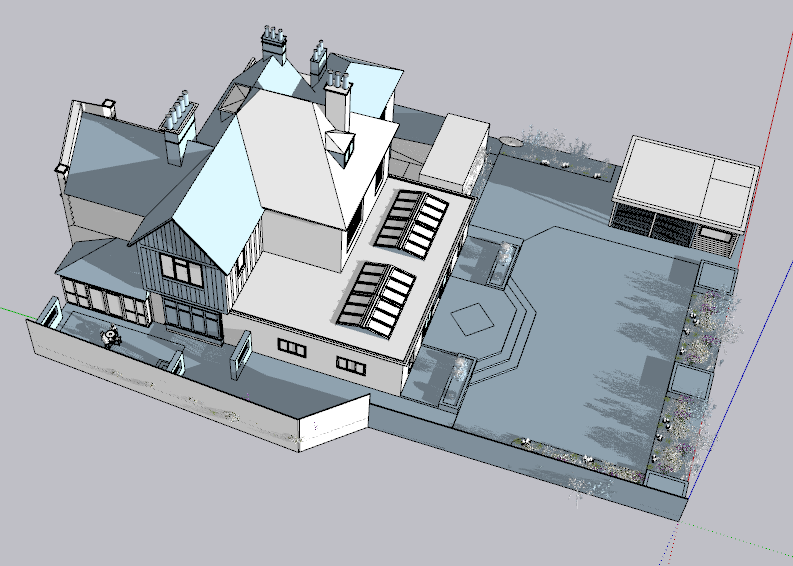 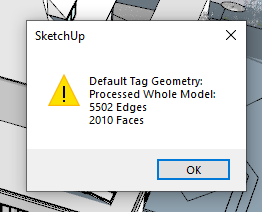 I found some incorrect tag usage. ALL edges and faces should be created and left untagged. 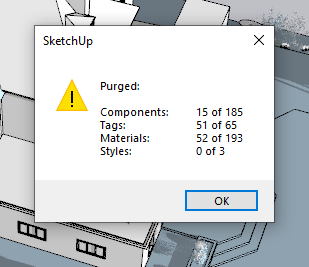 Some unused stuff in your model. Purging it reduced the file size by 20%. You should be purging your models fairly regularly. Keep in mind that components you try in your model and later discard aren’t removed from the file when you delete them from the model space. This can be very useful especially if you inadvertantly erase components when you think you’re hiding them. Erase is immediately above Hide in the Context menu and what they do looks very much the same until you decide to unhide the object. If you erased a component instead of hid it, you can still pull a copy of it out of the Components panel if it hasn’t been purged. But when you know you don’t need the components anymore, you should purge. Materials that you try or that are attached to unused components also remain in the file until purged. Use Model Info>Statisitics>Purge Unused to get rid of first, unused components, and then, unused materials.

It might seem like it’s time consuming to keep your model clean and light. It might well add a little time on the front end. But at the end of the day it’ll save you time and energy because your model will be easier to deal it and won’t overwork your hardware. A little extra investment in the beginning will pay off in the long run.

Thanks Dave that’s really helpful. I’m self taught really so I’m picking up new tips all of the time. Can I just ask regarding the exposed back faces, how were you able to expose the faces for back/front as opposed to the painted faces? Would you recommend inverting all the back facing faces?

I’m happy if that helps you out. Being self-taught isn’t really a bad thing but you can wind up with some bad habits that get you painted into a corner. Sometimes it’s a little like teaching yourself how to fly a plane.

I exposed the default face colors by changing the Face Style to Monochrome. You can do that in View>Face Styles.

I would suggest that when you start a new model, you work in Monochrome and you refrain from adding materials. Save thatg step until late in the process so your GPU doesn’t have to deal with the materials, too.

As for correcting the back faces, I would say yes to that if you still have a ways to go with this model. If you’re basically done with it, I might say leave it alone but make sure with the next file you are staying on top of the face orientation as you go. It’s one of those things that saves you time if you deal with it in the beginning.

I use - and recommend you try - Solid Inspector 2 plugin. You can get it through SketchUcation… ensures your geometry is all “solid” objects which is critical if you want to use the solid tools (i.e. trim, union etc.) and also calculate volumes. It will fix some things automatically like reversed faces for you. Other things like boundary issues it will highlight for you to fix yourself. Hope this helps. PS I’m a self taught Sketch Up user too and am still learning!