Out of the thousands of people here, does anyone recognize where my avatar came from?

Would you be grateful for an answer?

Do you mean you don’t remember?

I think I actually got one.

Speaking of James Holzhauer. I don’t know where Jeopardy is televised, but if you’re in the US, this guy is awesome. He might have ruined Jeopardy according to some. Bu his scope of knowledge blows me away.
LOL, I’ve just screwed my own thread up.

does anyone recognize where my avatar came from?

It looks “native”, it seems “fishy” and has a fleur-de-lis-like tail.
So I’d guess Quebec, perhaps Huron tribal ?

If someone gave an answer, would c_j_ryan be grateful? Dead right he would. 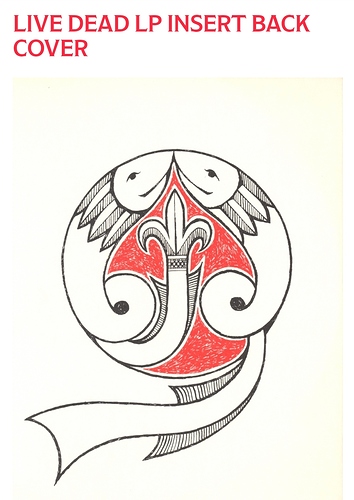 Yes sir! I’m an old hippy from the 70s’, and the Grateful Dead were and still are my favorite band.
Box, Dave, Dan Colin and Cotty, thanks for playing.

I thought mine was obscure, but it would be all too easy to figure out from my profile description.

I’m an old hippy from the 70s’, and the Grateful Dead were and still are my favorite band.

I was wondering if you even remembered that.

@DaveR “I’m a little bit older now but I know my stuff” (“Let Me Sing Your Blues Away”, the Grateful Dead).

The backstory of this is I had created a flag with this emblem to take to Summer Jam '73 (at Watkins Glen, New York that ended up being even larger than Woodstock). And an old friend was asking about the flag.

So I found the same image as Cotty, and thought heck better than a blue “C” on here. And wondered if with all the “old folks” here

if there might be a few other Dead heads.

So I’m taking requests! Who were your favorite bands?

Who were your favorite bands?

Never was a Dead fan.

BTW, in my novel, Mankind 2.0, the main character reminisces about his twenty-first birthday when he attended a Grateful Dead concert at Red Rocks