I can't move the section plane on the sketchup viewer

Because I can move the section plane on the version 5.

In the phone viewer?
FAIK section planes are fixed objects in that viewer. Different section planes can have different positions per scene that you look at. You can’t move them. 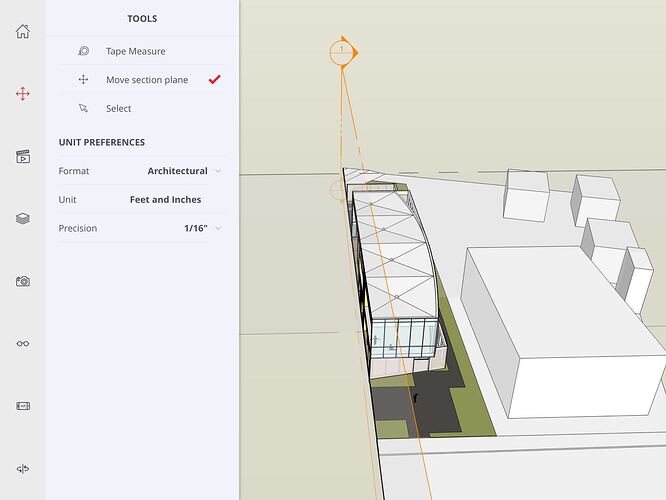 I see the same options on my phone but can’t select > move planes, only select.
Anyone else? @colin maybe?

which version do you use?

I’m talking about the phone version (which is 5.4.8 (1548)), not any Ipad version. So I might be mistaken about what you meant in your first post.
Anyway, on my phone I can’t slide section planes to new positions although the contextual suggestions imply otherwise.

The iPad app is a fully fledged modelling program. The iPhone app is a viewer.

With the iPhone app you can view projects, take measurements, view dimensions and annotations, view and present scenes and play animations. You cannot move section planes.

I have shown on the old version , I can move the section cut plane. You can see the image on my second post that’s the old version that I use. Also you can find the guide introduce it on the SketchUp website. But it disappears on the latest version. I don’t know if they delete it or I miss something.

When you view a 3D model on your mobile device, you have a number of features that allow you to control how the model is displayed and how you interact with the model.

You can find “move section plane” guide on SketchUp website , but they don’t update the guide for the latest version. This tool is missing.

What device is being used in your 2nd post? 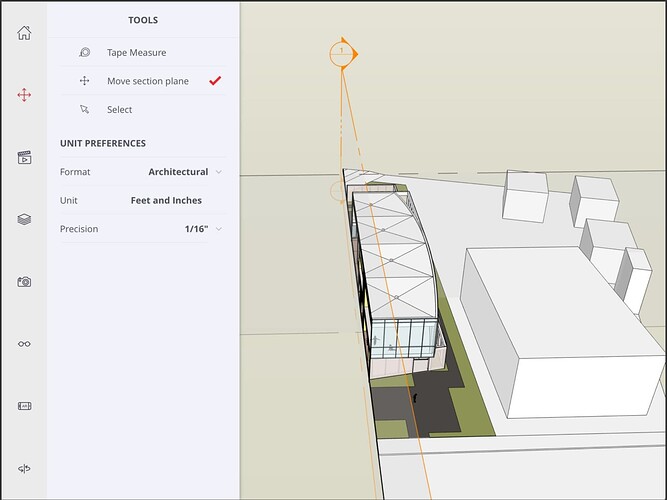 My iPhone, but I do not update the iOS , so I download the old version like this.

There is no Move tool in the current version which I guess is an accidental omission?

It seems strange because the app gives you a lot of control over section planes apart from the ability to move them? You can have different planes in different scenes though which I guess makes sense for a viewer.

yeah. But move the section plane is more convenient. Sometimes my builder wants use to use this tool to know the structure at site.

It does look like the newer app doesn’t have a way to move a section plane.

@MikeTadros may be able to tell us if the feature is going to be added back.

Thanks @colin, and others, for the discussion here.
As has been pointed out, the current View-only mode of the SketchUp for iPad app does not include the option to move section planes. There are no plans to offer this capability as a function of the view-only mode.

You can have different planes in different scenes though which I guess makes sense for a viewer.

Anyway, on my phone I can’t slide section planes to new positions although the contextual suggestions imply otherwise.

Correction: I found a file that I can load and view on my phone where I’m able to select and slide section planes to new positions, contrary to what I wrote previously.