How to report universal coordinates of embedded points?

I’m looking to draw a series of components and export a table containing the universal coordinates of points contained in each. For the following image I’d like to see: 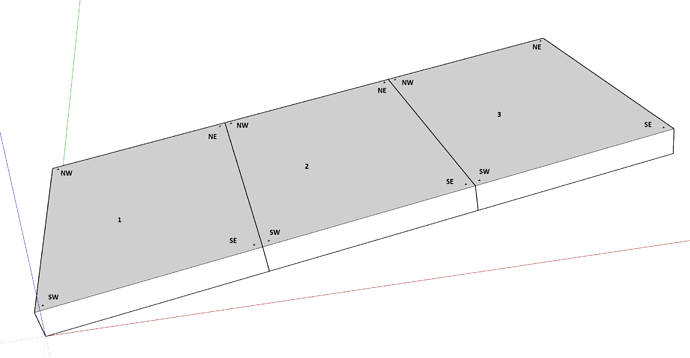 The “Generate Report” function seems like the right track. I haven’t played around with it too much but between tags, instances, and definitions I think I can get the table organized correctly.

But reporting seems to only return the coordinates relative to the component axes. Is there a way to request universal coordinates?

Any ideas? Is there an easier way to generate the list of coordinates?

How about copying the points out into the model context and generating the report for them?

Is there a way to retain the points’ individual identity? I’m hoping to avoid having to individually name thousands of points.

I don’t know of a way to do that although you might give collections of points a tag specific to their identity. You should be able to include the tags in the report.

That seems to work. My process:

Another thought: If your points were named components, NE, SE, SW, and NW with the component’s origins on the points. Then you could run the report using the component definition name and coordinates. No need to explode anything. 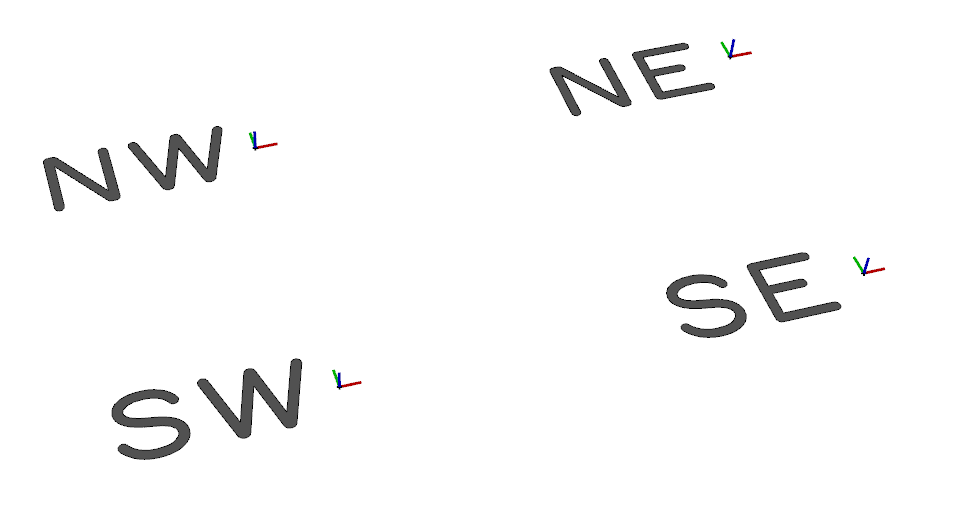 I just randomly placed instances of each component with the native Move/Stamp tool. 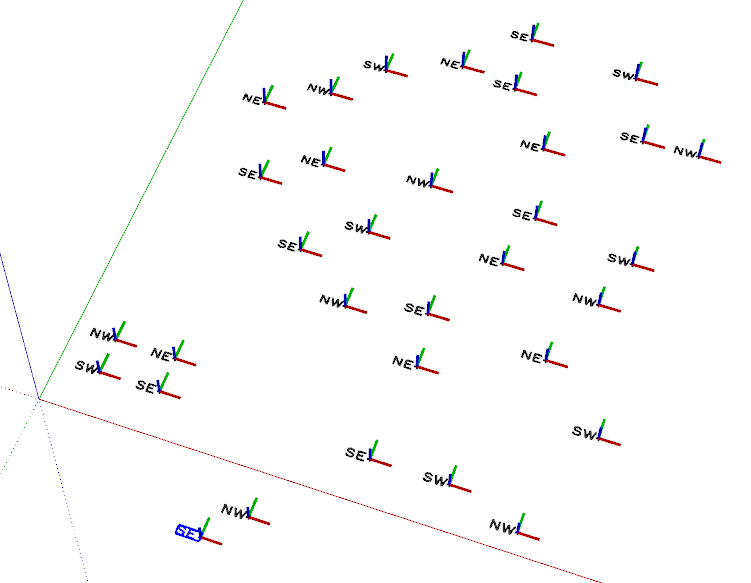 And here’s part of the report. 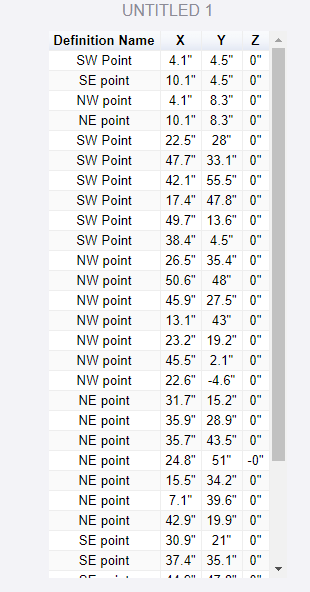 The report can be rearranged as needed in your spreadsheet app. Going back to your screen shot, you might have tags 1, 2, and 3 and then the four points on panel 1 are given tag 1, the four on panel 2 are given tag 2 and so on. Then include tags as part of the report.

Thank you so much for your help!