Current project has a wing of the home that is rotated at 16+ degrees to the main body of the house. Since you can’t change the axis in Layout like can be done in SU, how do I create dimensions that are oriented properly? They generally want to pull off at some typical orthogonal angle rather than parallel to the 16° rotated walls.

I really don’t know Layout, but just tried something: with the linear dimensions tool I clicked at one end of a line, then at the other, and the dimensions were then parallel to that line.

I played around a bit more, yes, it does like to snap to horizontal or vertical, but if you move along at right angles to the end of the line you clicked on, then it does the right thing.

I clicked at one end of a line, then at the other

Yes, I found that if I created lines to snap to then the dimension would be created as desired. That is more steps than required to get a proper dimensioning if the walls, say, were in the typical xy axis orientation.

Its not ideal, but, its a work around. Thanks, Colin

You shouldn’t need to use guidelines to get the dimension placed in the correct orientation. If you do what Colin described it’s no more steps than placing any other dimensions.

Perhaps this image will illustrate the problem I have.

And, forget SU, Dave, how do you create that great animation so easily!? 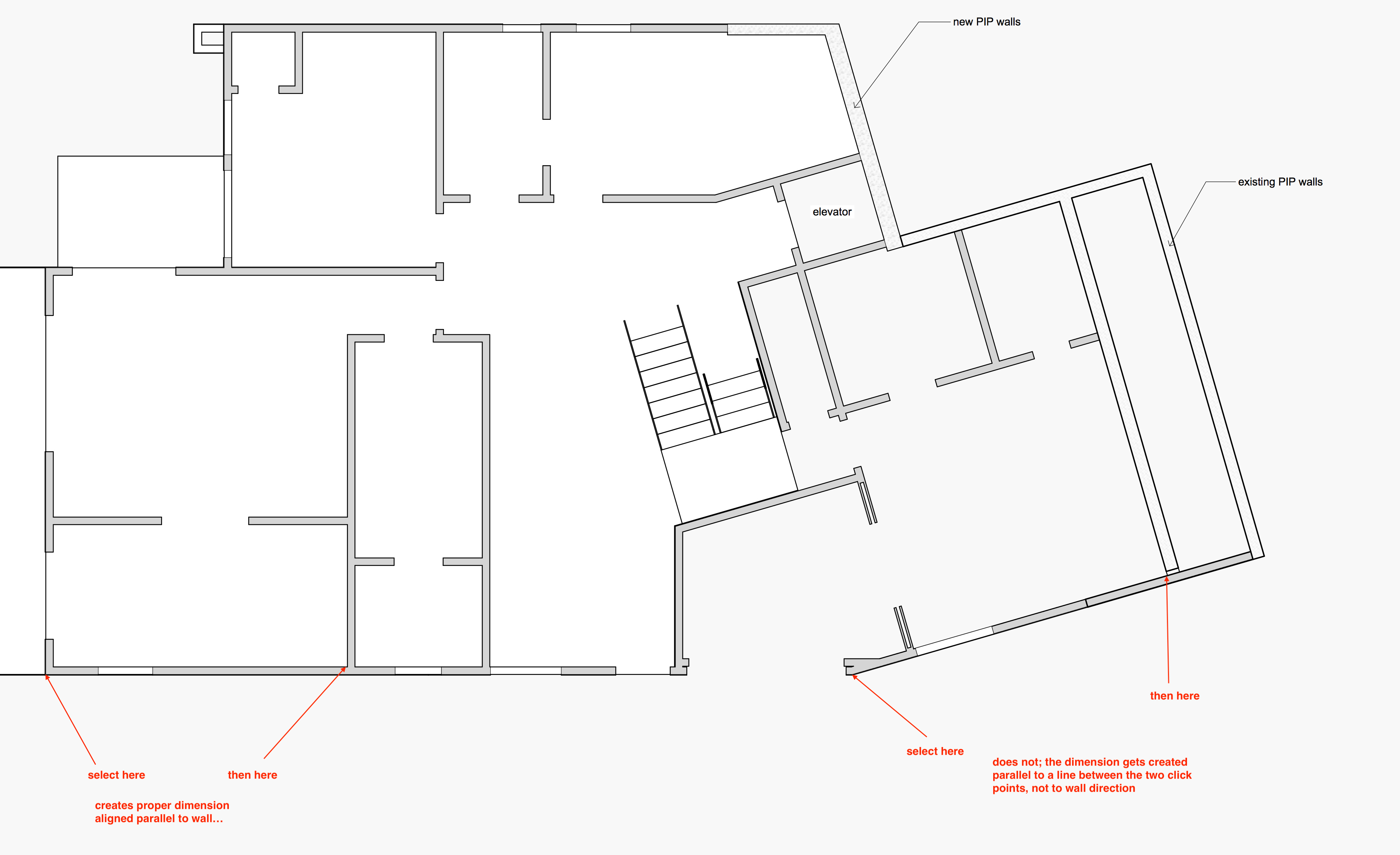 I used LICEcap to make an animated GIF.

Thanks, Dave. Heck, the sad part is I’ll never live long enough to learn all that you know about SU!

Heck, the sad part is I’ll never live long enough to learn all that you know about SU!