hey guys is there an easier way of tracing a shape like this rather than doing pencil and line by line… Perhaps an extension or something that traces curves as such in sketchup? 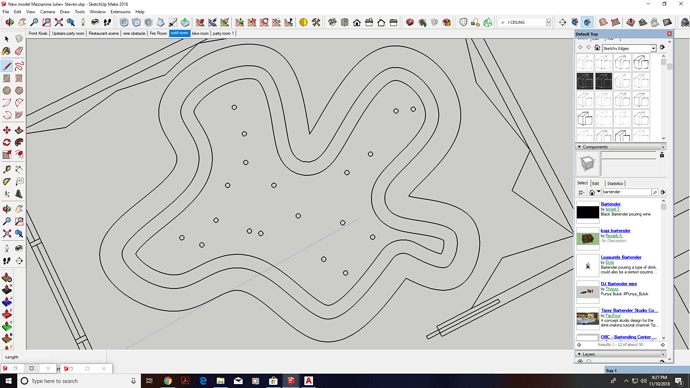 How did you get the curves into SketchUp to begin with? In what form are they?

I got them from auto cad. so they are auto cad lines!

So you imported them as DWG or DXF? Why do you need to trace them, then? They can already be used as is. If you need a copy of them, select them and copy them with Edit>Copy or Move/Copy as appropriate.

What I actually meant was I need to fill in the space in the middle so thats why I wanted to trace it. The lines are there I know but I want that shape to come in 3 Dimensional and I always find it difficult to trace line by line. you make 1 mistake and the zone doesnt fill haha.

If you imported it as .dxf or .dwg as @DaveR asked then it is already edges that should be able to be filled in. When you click on any part of it do you geta blue bounding box? If so double click on it to open for editing and trace one segment of one of the lines and see what happens.
If you attach the model we can provide better info.

Try using the drape command in the sandbox tools to put it on a plane.

personally I’d run a simple ruby script on it, but guessing what your dealing with is time consuming…

Two extension come in mind, Weld for combining the loose edges of the curve and perhaps Simplify Contours to downsize the edgecount.
As mentioned, they work in the ‘context’ of the imported component, so you would have to open it.

Mind you, selecting an imported .dwg can be tricky since you have to select an edge of the component precisely, rather then ‘somewere in the bounding box of it.
Zooming out makes it easier to double click and enter the component for editing, I’ll find.

When manufacturers of profiles have .dwg or .dxf files, and you import them, the profiles are usually not very useful in SketchUp, due to the high number of loose edges. [aluprofiles0] There are some extensions that can help you to convert these profiles into one curve and get low(er) polygons: Here, I use Weld to combine all the edges to one curve and then Simplify Contours to reduce the edge-count: [aluprofiles] redrawing some edges to get a face requires some additional welding for smo…

No need to trace the lines from Autocad… Sketchup doesn’t create any surfaces right after import, but just draw a new line across the shape (f.i. from left to right) and Sketchup now creates the surface. After that you can delete your new help line… Be sure to open the group or component first if the lines are in one.

Sketchup unfortunately does not like curves so when I import the file they each become jagged and a separate line so I would have to trace each one individually and that would take forever since I have various amounts… also when i click on the curve its not a group because it is imported from cad. rather the cad plan that was imported gives me a blue bounding box but not the individual curves. Drawing a line across a curve doesn’t work i have tried it before so I’m trying to see if there is a better and simpler way to trace them. Here is a photo of what I mean. 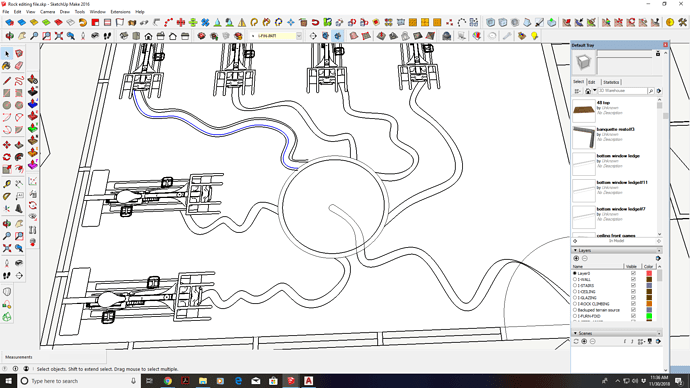 file for curves editing.dwg (324.0 KB)
Here is the cad file although I’m not sure if it will make a difference… bcs importing it into sketchup it will do what it did up top ^

Just curious, hoe did you import the .dwg?
Your profile and screenshot indicates Make.
Are you using an extension?