I’ve read in a few places that copies of component instances does not add geometry to your model, and therefor doesn’t increase the model size. However I tried looking at the statistics panel while copying both a component and a group. I’ve attached a video here. Copying an object that was a component added the exact same amount of faces and edges as copying the same object that was grouped.

I also wondered if maybe it affected the model size. So I tried the same experi

I’ve read in a few places that copies of component instances does not add geometry to your model, and therefor doesn’t increase the model size. 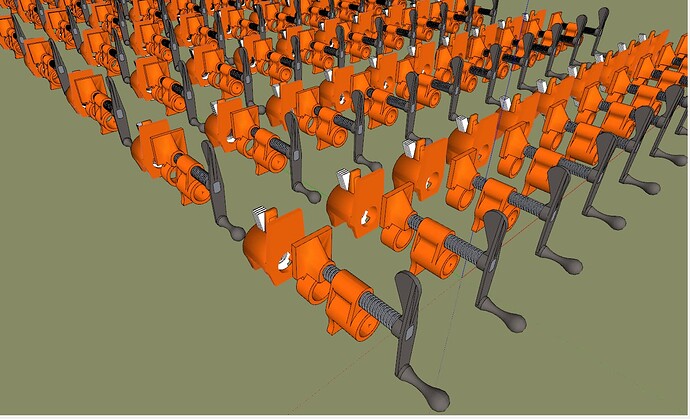 SketchUp does appear to do something clever with duplicates of a group. I made a file that was 100,000 boxes, one of which was a component. Entity Info showing for one of the boxes reported 9999 instances. The file was 1,541,471 bytes. Going into one of the groups and back out again made that one be unique, and now the other boxes showed 9998 instances. The file size went up to 1,545,512 bytes.

Where did you read that?

In the SketchUp for Dummies book. It says ‘Sketchup has to remember the information for only one of them’. I took that to mean that it is making another component appear, but not adding the full set of geometry all over again. 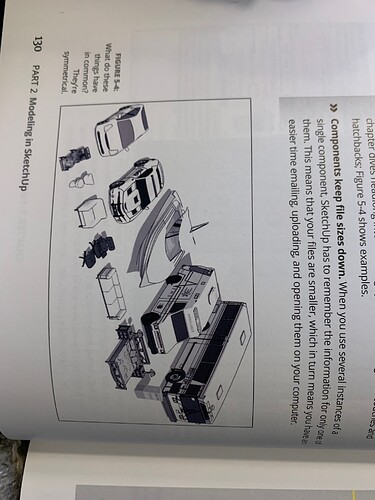 They do, and don’t really add geometry.

If I recall correctly, reading about components a few years ago, they add geometry onscreen, witch may provoke lags and other usual “I’ve got too many geometry, please help me” moments.
But as SU saves the file, It’ll simply save the origin point of each copies of every components and a link to the component itself, similar to proxy tools.

Therefore, we get what Dave described : Putting 100 copies of the vice will actually multiply by 100 the statistics of the file when open, but the weight won’t rise as much, since SU only has to save the origin points of all the copies (a simple xyz + angle + scale for each copy)

Actually, on screen, components add some overhead compared to loose geometry, especially if they are nested. It is not much, certainly not compared to the benefits of a smaller file size and a more manageable model organization.

It can be a difficult one to prove with a test file because group copies are pretty much treated as components until they are edited, and then they become unique.

That’s what I thought too.

You should try experimenting with SketchUp saving the same amount of components vs groups and see how much of a difference it makes. I just tried again with something more hefty - some round knobs and copied them 100 times. The file size was actually 4 kb smaller with the groups.

As mentioned, groups are not unique until you edit them and components have a little more info stored that isn’t multiplied.
So simple test
a block group copied 9 times, file size 23.6kb
same block but each copy double clicked to open for edit, 28.4kb
same block as a component 9 times, 23.9kb

Edit: and with all components unique 27.6kb still slightly smaller than all unique groups.

It saves memory as it doesn’t need to store all the information about the vertices, faces, lines and their placement in world for each instance.
SketchUp Can simply say - that group , again, in this location.
You can then just store a transform such as adjusting its rotation or scale against that instance.

Geometry itself still needs to be rendered, so it will still slow the more for you have.

Groups/Components are both things that can be instances. Groups behave very much like components , right up until the moment you try and edit one, it will immediately make it unique.