A Stroll Down Memory Lane

When I was in college, computers used core memory that was made up of small doughnut-shaped ferrite cores strung like beads on an abacus … each doughnut held one bit. A friend of mine took a 7.76 gigapixel photo of a one kilobit memory unit (1,024 bits or 128 bytes). On his web page, you can zoom and pan to see the details up close … amazing technology for its time 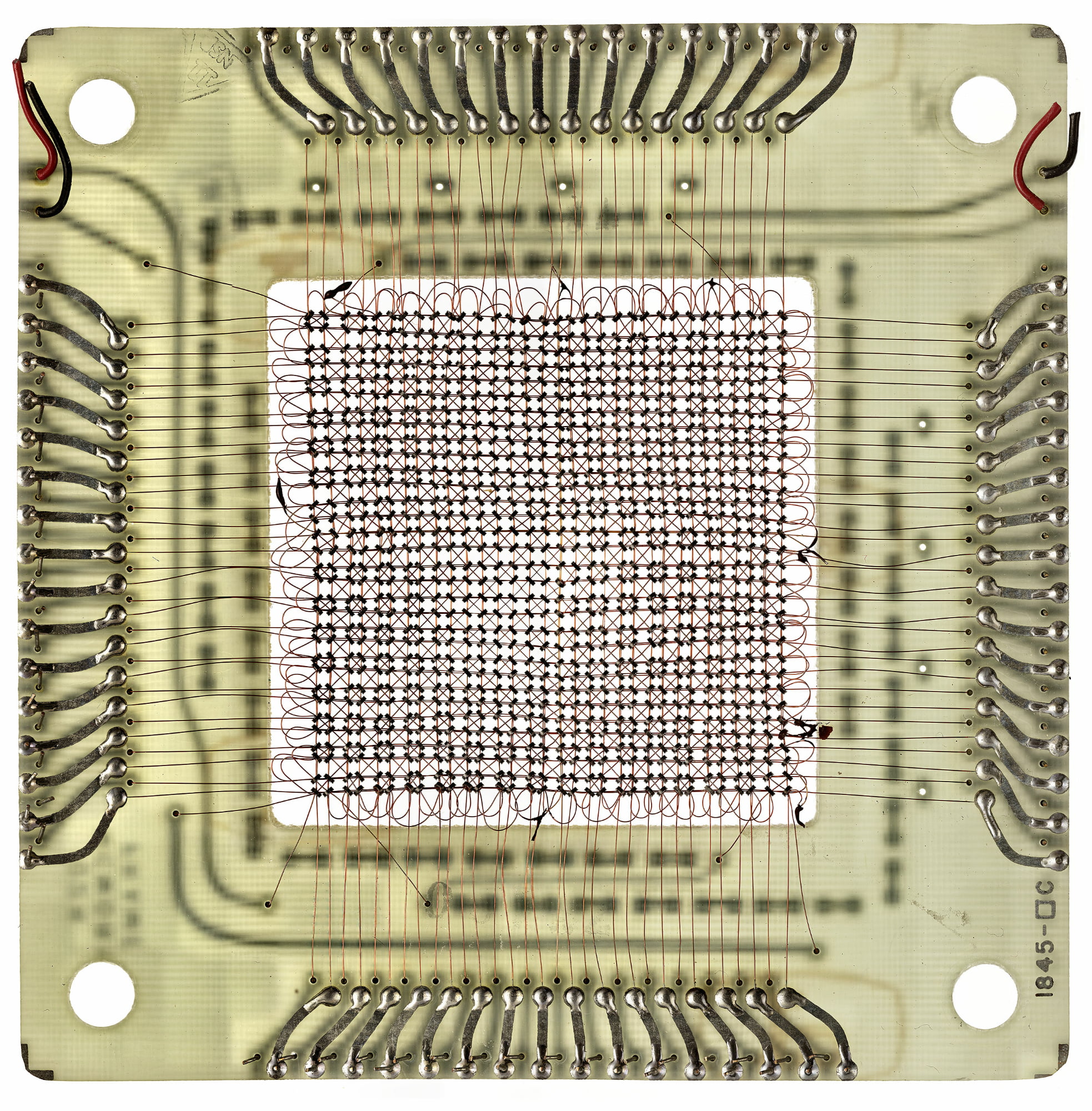 Explore this 7.76 gigapixel image.The Apollo Guidance Computer (AGC) was a digital computer produced for the Apollo program that was installed on board each Apollo Command Module (CM) and Lunar Module (LM). The AGC provided computation and electronic...

What was the actual size?
It looks as if it was handmade/soldered!

Simply amazing.
@TDahl : did the Marslander had any of these?

@MikeWayzovski The Viking '75 Mars landers did not have core memory, but they did have something similar - plated-wire memory - in the main Guidance Control and Sequencing Computer (GCSC). According to NASA Special Publication SP-4212 On Mars: Exploration of the Red Planet 1958-1978, a contemporaneous history written about the Viking program, the GCSC consisted of two Honeywell HDC 402 processors, each with 18K words (24-bits per word) of 2-mil plated-wire memory. Here is an overall view of the GCSC unit:

GCSC Images from SP-4212.jpg1228×1946 1.51 MB
These computers represented a difficult design and manufacturing challenge for the program, in part because the computer (along with the entire lander) was subjected to ~240 degree F heat sterilization for some 40 hours prior to launch (with the goal of preventing forward contamination of Mars by Earth spores or microbes).

No other Mars surface-bound spacecraft has been entirely sterilized. All subsequent landers and rovers sent to Mars have only been sterilized in certain critical parts; the bulk of those spacecraft have been mechanically and chemically cleaned to a vey high degree but not truly sterilized. Heat-sterilizing (chosen as the most effective and practical method) was a huge challenge for the Viking program.

What was the actual size?

I’m not sure … here’s some photos with fingers as reference objects:

What was the actual size?

There is a measuring tool included (lower right hand corner). It would seem that the “doughnuts” are about 1.38 mm.

Very cool @jimhami42 thank you for posting this.