Hello. I have used Sketchup on Windows and Love sketchup;however I do not like windows and was wondering if there are plan’s to make it available for Linux based system with out using wine. I find it does not work as well and would love to purchase pro if I could get the same function as on windows.anyone else feel the same. Anyone know if there are plan’s plans to make sketchup for Linux?

From what i have gathered that’s a MAYBE . . i run Sketchup Make 2016 in win 7-1 inside of virtual Box not Wine as it does not want to go there . . I run Ubuntu 15.10 64 bit and added the windows 7-1 as 32 bit and SketchUp Make 2016 never has the problems that the ones using just Windows seem to have . . And I can load the big files and go wandering through them not the fastest in the world but gets there . .
And they get excited and yell at me for adding my 2 cents in here and there

Asked and discussed too many times to mention. See search results:
http://forums.sketchup.com/search?q=Linux

Employees cannot comment on future plans.
SketchUp is owned by a publicly traded company.
(It would be insider information.)

So no one who really knows, has ever said yes, or no, nor maybe.

Users, developers, distributors, gurus, etc., … involved for many years, have generally agreed it is unlikely there will be a compiled binary version for any Linux distribution. (The number of users on Linux who would be paying Pro customers is just too small to justify the development and testing costs.) 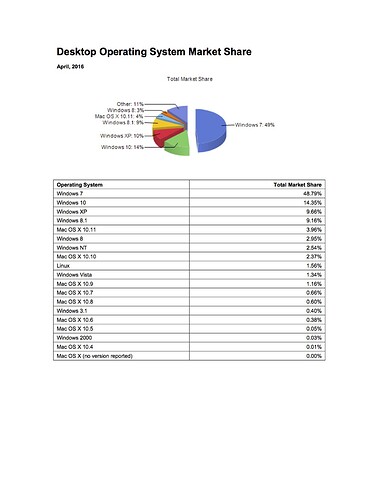 I am begining to think this was paid for by Microsoft and Windows I have personally moved over 20 computers to Ubuntu either 32 bit or 64 bit depending on the computer
No Virus’s No Bots and No Malware to infest the system . . I can run all of the programs that any windows computer can PLUS all the Linux software . . So I have a lot more software open for use than any Windows Computer has and if you add the Classic Menu Indicator to it it becomes easier to run than Windows is ( it is the Menu like the Start button in Windows has ) Use ClamAV for anti-virus only parts infected are windows programs with Malware and bots plus trogens here and there

A lot of the Windows Programs have the nearly same program in Linux like Corel Draw is almost the same as Ink Spot just has the buttons indifferent spots . .

Maybe they are counting those 20 computers as Windows computers also as there is no sign which says this is a Linux Computer and NO longer a Microsoft Computer . . Like mine WAS Windows 7- something when I got it first thing I did was dump windows and add Ubuntu think it was 14 something back then . . Now 16.04 is out but I wait for a few months to get a lot of the bugs out of the new version
So how many of the 48 % are no longer windows any more . . and were made into Ubuntu computers ? The Fastest growing version of Linux ! . . Check it out by going to the Ubuntu site just add a dot com at the end of the ubuntu and off you go . .

Just adding my 2 cents in here as to why they should actually think about making a Linux version or a “sketchup.deb” version ( close to a Mac version of the same program )

Just adding my 2 cents in here as to why they should actually think about making a Linux version or a “sketchup.deb” version

And you are committing to purchasing the first copy of SketchUp Pro for Linux?

It is something I would think about a lot as the Pro version has a few more gizzmo’s to use than the Make version I an using and make things easier to make things in . . Like an Ideal to make a item for sale using a glow in the dark Filament and a regular filament with my 3 D Dual Extruder Printer 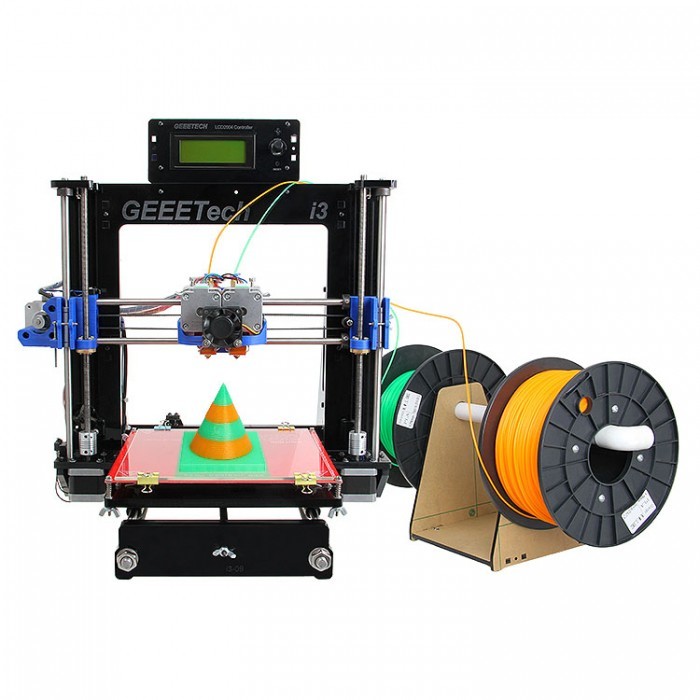 Also several thoughts as to other items that might sell really fast ( like plastic lens for OLD CARS one hard to find ) and make a gob from collectors . . Already checked on the kind of filament needed and they have it . .

This is not true! In fact there are many true stories that Linux users gives a higher amount of money to applications in comparison with Windows users or even Mac users… Currently you don’t have a Linux release at all, so you are now speculating!

There is too much speculation and too few solid facts in the discussions of this request. It will cost Trimble money and time to develop a Linux version. You seem to be asking them to gamble that they will ever recoup this, based on a vague “there are many true stories” assertion.

Those requesting a Linux version need to marshall real facts such as a petition from a sizeable number of users who promise to buy Pro if/when available on Linux.

I won’t get into a facts-free argument about the number of potential Linux users vs the existing number of Mac SketchUp users, but I can tell you for certain that the Mac SketchUp UI already has been stagnant for years while the Windows SketchUp UI sees changes in every release (e.g. the new tray system)! Will the Linux Pro user base be larger than the Mac one?

Do not underestimate the Linux community please.

This has nothing to do with underestimating the Linux community! It has to do with that community making an adequate case to convince a commercial company that there is a profit to be made.