3d Max is ahead of this.

sketchup now supports single core. multi-core support is required. The year 2020 will still have single core support. out of age!

3ds Max doesn't use multithreading for viewports and certain other features |...

3ds Max doesn't use multithreading (all logical processors/cores) for viewports and certain other features Not all 3ds Max program features can be coded to work quickly and reliably using multi-threading (dividing tasks among multiple logical...

No. did the viewport scene test. multicore was working. all cores were working.

this is a good feature and accelerates the program.

all CAx do use one (1) single core for modeling operations only, rendering or file management etc. is another thing:

When choosing CPUs for CAD, the right choice is almost completely non-obvious. Get the scoop on why single thread performance is so important for CAD PCs 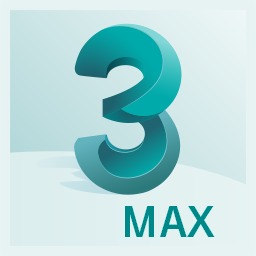 Processors often get a ton of reviews and benchmarks, but unfortunately for content creators (and other professionals), it is difficult to find benchmarks that focus on professional applications. In this article we will be looking at a number of...

If they both use a single core …
So why does the sketchup limit the drawing’s high polygon?

It is not the high polycount ‘an sich’ that gets in the way. In SketchUp, you always model in the ‘rendered’ endresult. While, after almost 20 years, the shading looks somewhat oldfashioned, this ‘SketchUp look’ has actually become a trademark!

The ‘holy grale’ of 3D modeling software is to overcome the serial character of a 3D model (in order to see what effects your modeling action have for the model, one has to built up the whole model from start, again)

I know that with SketchUp rendering plugins (Maxwell, Thea, to name the ones I’ve tried) uses multi-threaded processing to speed up the rendering process. So multi thread is there for those kind of applications.

SketchUp’s default view uses the GPU for its rendering. Perhaps with the more funky styles it uses the CPU (and there might be potential for multithreading there), but I am not sure about that at all.

Being a plugin developer, I cannot see how multi-thread support for tools to be particularly useful in speeding things up. Most of the time, tools that manipulate/create geometry uses logic that works in sequential order, not parallel. I believe this would be the case for 3DS Max as much as with any other modelling software.

This dead horse has been flogged so much it has become a force unto itself.

Until such time as a new ‘system’ is developed it is just a topic for people to get over excited about.

I regret even responding to it as it gives oxygen to an irrelevant topic.

@sketchupp: where did you get the SketchUp Make 2019 version? Others may want to try it too…

How do you know that SketchUp 2020 doesn’t have multicore support? It hasn’t been released yet.

Maybe because it isn’t possible? (that’s how he knows)

However 3ds Max is ahead in a lot of things. And will that ever change?

As told many times before: Some time in 1993 or so, when the first dual Pentium motherboards had been released, Autodesk announced that a multicore version of 3DS Max would be available shortly. It hasn’t appeared yet. 3DS Max. like every self-respecting 3D app, has a multithreaded non-realtime rendering engine, and some disk operations use their own threads. But modelling still can use only one thread.