Glitched textures when attempting to wrap an image around a cylinder

Hello everyone. I’m a newbie SketchUp user, so I’m sorry if I frustrate you by not knowing simple things

I’m trying to post some long images onto those walls - have them wrap around the whole figure and end. At the moment all I’ve managed to produce was this: tnkscr.net - Just share
The image is either reflected, broken into random fragments (on the curved parts), or simply doesn’t curve around and only fills the rectangle or the cylinder. How can I fix this? And do I need to buy SketchUp PRO do to it? 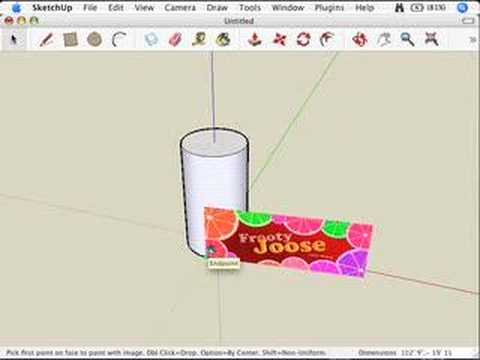 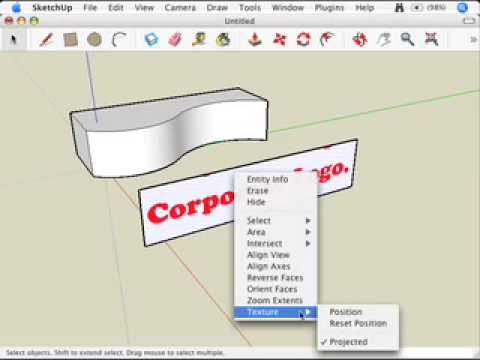 I’ve seen the first video and I saw the second one in the results while searching, but assumed that it was the same as the first one and didn’t watch it. I watched it now and it does help a lot! Thanks!

However, in the second video the image is projected onto a surface that is relatively parallel to the image, so the distortion is not that significant. The problem with my case is that I’m projecting the image onto a cylinder, where its sides are nearly perpendicular to the image. So the result has some serious distortion: tnkscr.net - Just share, tnkscr.net - Just share (notice how the right side of the triangle turns into a curve due to the distortion).
Anything I can do about that?

You may consider breaking the image into 3 or 4 pieces, and projecting onto sections of the cylinder.

Will take a while, but yeah - that seems like the only reasonable option. Thanks.

There’s another option. I’ll make an example to show when I get home from work.

A possible way to do this: place image on flat panel as texture, size to fit larger than panel, sample resized texture panel and apply to panels of the curve. Then soften smooth.