Creating a tangent between two curves

This is a diagram of the basic layout I have. I can’t alter the positions of the circles or change the radius. I essentially want a smooooth curve all the way through. Any ideas how to achieve that green bit on the line? 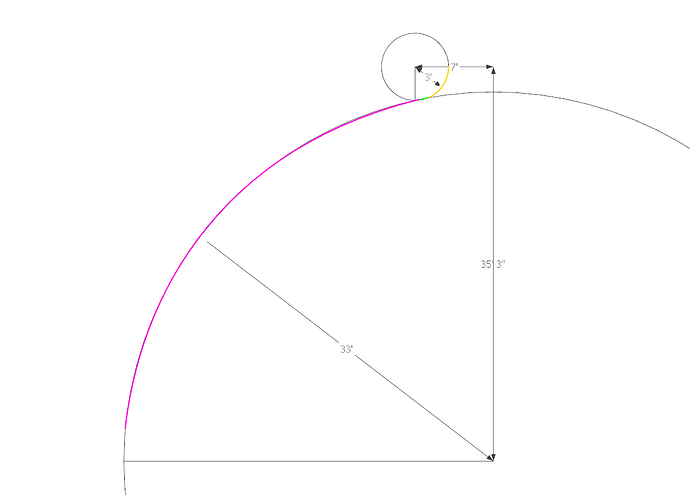 Tangents can be problematic, you may find Tig’s True Tangents useful.

I have used that tool before but I am not sure how to achieve a smooth curve with it? I was able to find the true intersections but I am not entirely sure how to smooth the place where the two circles meet. Hope that makes sense.

…I am not entirely sure how to smooth the place where the two circles meet.

If the two circles are exactly touching (the distance between centers equals the sum of their radii) then there is no green section of curve; one circle will exactly flow into and be tangent with the other.

If the circles overlap (i.e., the distance between centers is less than the sum of their radii) then one or both circles will need to have a portion removed and then some sort of line or shallow curve could be used to join them. I think this is the case with your configuration. The circles slightly overlap.

If the circles neither touch nor overlap (the distance between centers is greater than the sum of their radii) then some kind of curve could join them. If the gap is not very large a straight line segment might work fine. If the gap is large enough to visually want a curve filling the gap, then I suspect there are an infinite number of arcs of different radius that are tangent to both circles at both ends, depending on how far apart and the exact positions you want to make the ends of the arc.

FWIW, based on the dimensions in your screenshot, the circles will overlap which will be a problem for getting what you want. You can see the overlap if you increase the number of sides on the circles. Here I used 96 sides. 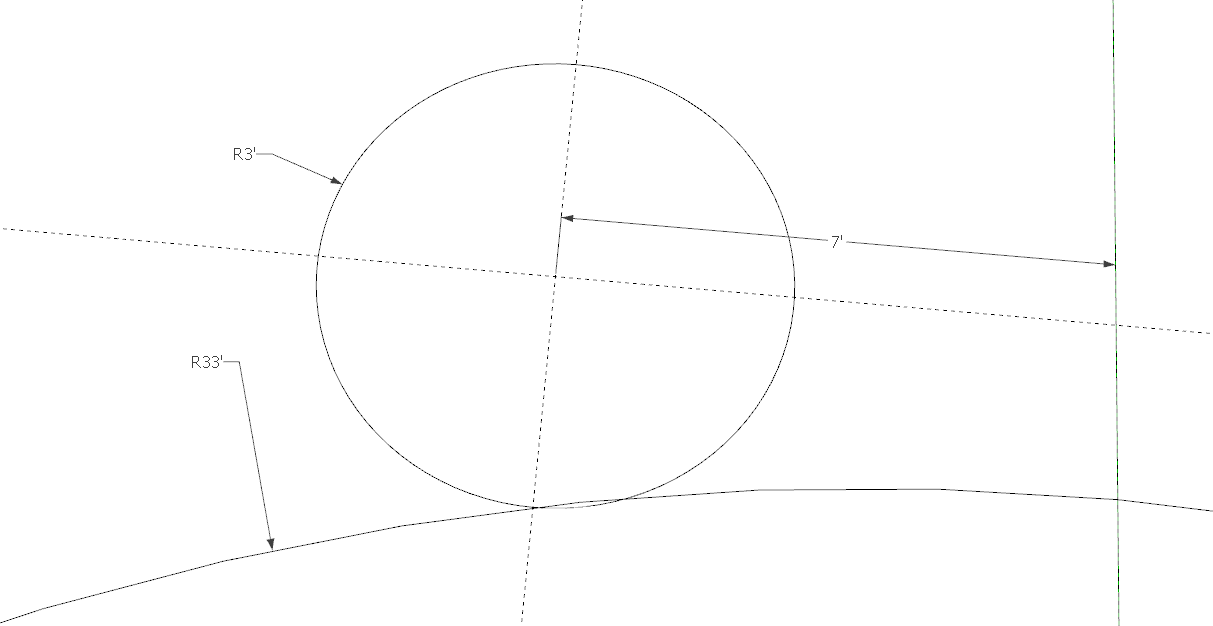 I reduced the number of sides on the large one back to 24 so that the geometry wouldn’t intersect. Then I used Common Tangents and moved the smaller circle accordingly. 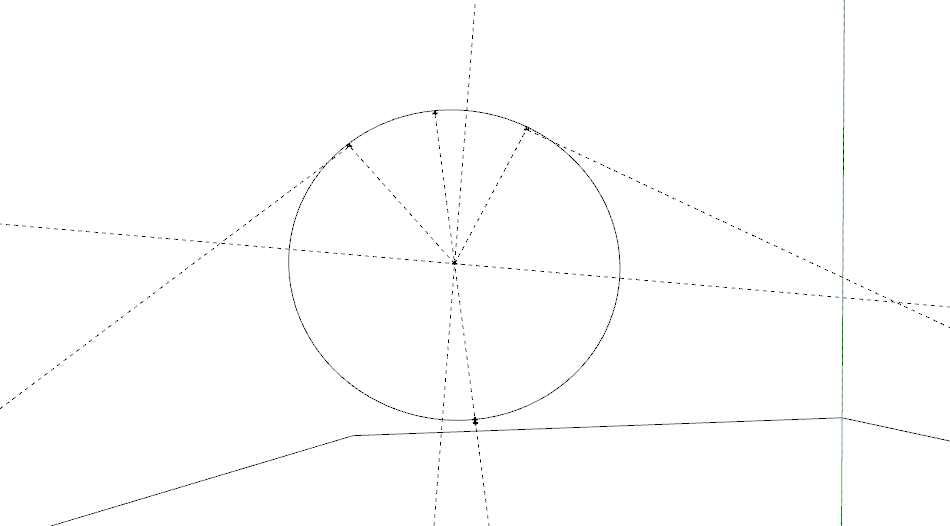 After grouping the circles, I used the Arc tool to draw arcs that join at the guidepoint indicated by the Common Tangents. 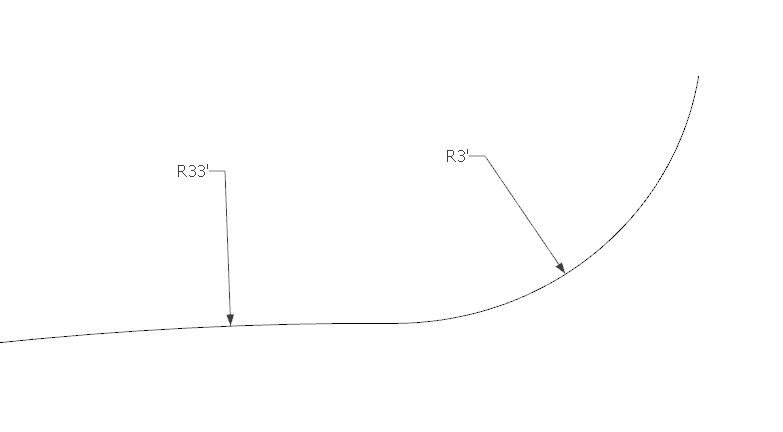 It worked! Thanks a bunch everyone!

…and moved the smaller circle accordingly.

I can’t alter the positions of the circles or change the radius.

I should have clarified that more. I wanted to keep the endpoints of the curve in the same places which is why I mentioned that the position and radius needed to stay the same. I didn’t necessarily mean that the radius of the 3’ circles themselves couldn’t be fudged to be tangent to the R33’ circle.