Request for Direct Access to Placed Entities in #place_component Method

Why does the #place_component method in the SketchUp API return the SketchUp::Model instead of the entities placed as an array?

In my opinion, returning the placed entities directly would make it easier to perform actions on them, saving time and increasing efficiency by not having to search for them using less optimal ways.

Here is the URL for the method in SketchUp Ruby API Documentation:

This is the interface to a SketchUp model. 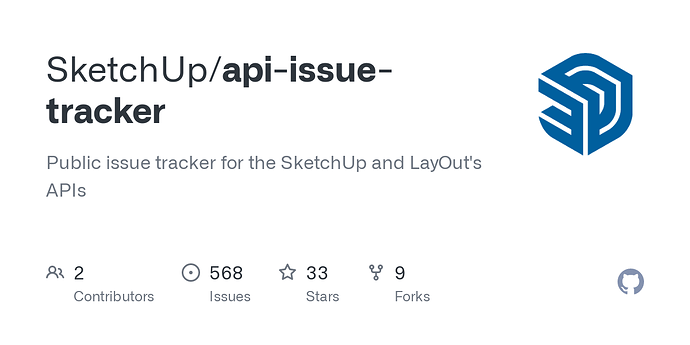 Why does the #place_component method in the SketchUp API return the SketchUp::Model instead of the entities placed as an array?

Normally, when a non-getter method returns the receiver object, this is so that call chaining can be used. But the API has not really applied this to the API methods. Many of them that return nil (ie, are command methods that have no purposeful return value,) could have been made to return the receiver object or module to facilitate call chaining.

But yes, this particular method is one we’ve discussed in the past that would have been good to return an array of the instances placed.

Also, beware of this method as I think it will commit an operation. This causes us to be forced to create multiple operations stitched together.
I show this concept here …

Other than this, you will need to either:

EDIT: No the snapshot will not work. The place_component() method is asynchronous. The after will be created before the GUI placement even begins. This means also that added would be empty.

So you must use the observer pattern …

It seems to me that model.place_component component_definition, boolean cannot be undone. This would make extensions with place_component at the end impossible to undo in one.

Before opening a new request see: … oops … too late …

The `next_transparent` parameter for `Model#start_operation` needed. The `M…odel#start_operation` method provides some control for plugin developers over the SketchUp undo stack. It has four parameters: - _op_name (String)_ - _disable_ui (Boolean) (defaults to: false)_ - _next_transparent (Boolean) (defaults to: false)_ - _transparent (Boolean) (defaults to: false)_ The `next_transparent` parameter is currently marked as ‘Deprecated’ in the API documentation and even has a ‘Use with extreme caution’ label. We have found ourselves in situations where we cannot do some operations without the `next_transparent` argument set to true. For example, when we want to load a component from a file and place it into the model. We do it when a user presses a button on the toolbar - so we want that the loading and the placement appear as a single operation in the undo stack. The following code example loads and places the component, but it commits two operations into the undo stack: ```ruby model = Sketchup.active_model component_def = model.definitions.load(path_to_component_file) model.place_component(component_def) ``` We can try and make the `#place_component` invocation transparent: ```ruby component_def = model.definitions.load(path_to_component_file) model.start_operation "Loading and placing component", transparent=true model.place_component(component_def) model.commit_operation ``` But this doesn’t work, because operations in SketchUp cannot be nested. The following solution resolves the problem: ```ruby model.start_operation "Transparent component placement", disable_ui=false, next_transparent=true, transparent=false component_def = model.definitions.load(path_to_component_file) model.commit_operation model.place_component(component_def) ``` Since both `Model#place_component` and `DefinitionList#load` methods commit operations into the stack and operations cannot be nested, it’s impossible to unite their invocation into one operation without the next_transparent parameter. Please make sure not to remove this parameter in future versions of the Sketchup API.

Before opening a new request see: … oops … too late …

I will make sure to double-check if someone else made the same request.

So you must use the observer pattern …

I will look into this. Thanks!

It’s the place to make feature request. That is monitored more actively than the forums and we have automation in place to log the issues into our internal trackers. Makes it a lot easier for us to track bugs/feature requests.