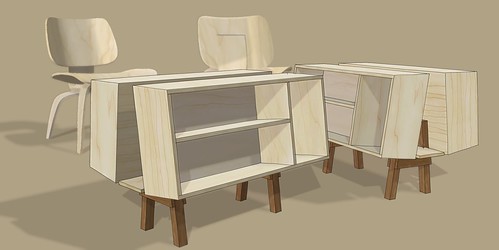 Prior to @DaveR’s post, I had never heard of a Penguin Donkey, but it got me started reading about them and I was thus inspired to create a model of the original version (shown here): 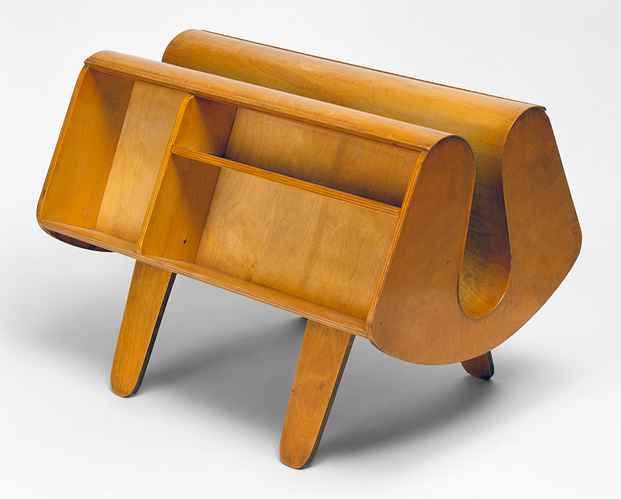 By adding a little thickness where needed, I was also able to get it acceptable for 3D printing at 1/10th scale. At this size, I think it would make an interesting conversion piece to hold your business cards. Here it is in red plastic: 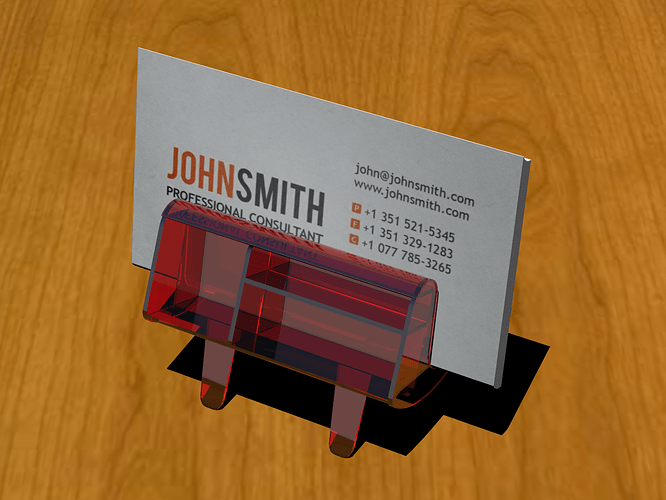 Wow! That turned out great! I think that’s a good idea, too, Jim.

A few years ago I did a 3D print from the SketchUp model I made of the MkII. It’s being used to hold some cards. 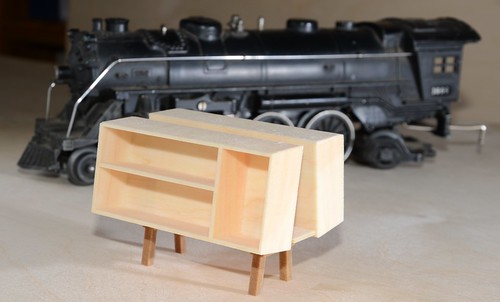 In case anyone was wondering why the shelves are called Penguin Donkeys: 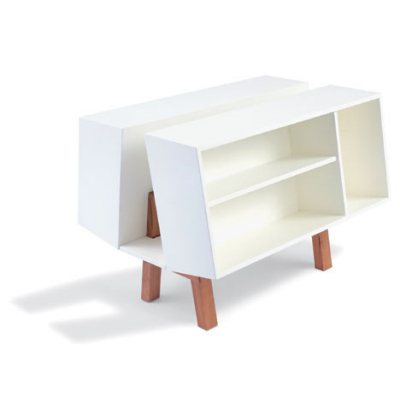 Weird Furniture from the Past: The Three Lives of the Penguin Donkey - Core77

While we often think of the Eameses as the proponent of bent plywood, there were, of course, other people messing around with it at an early stage. One such designer was Egon Riss, a Bauhaus-educated Viennese architected relocated to the UK, who...

Hey, although I am a newbie at sketchup, I would love to learn how to model something like this.

Would any of you be able to walk me through how to build this? Also the name Penguin Donkey got my attention and I’m pretty interested lol.

There’s not much to modeling the MkII Penguin Donkey. The MkI is a little more involved but not much. Since you’re new to using SketchUp, start with the basic videos available at sketchup.com and then maybe have a look at this.

Yeah I don’t think I would struggle with the MKII, however @jimhami42 's sketch looks a little more in depth and I tend to struggle more with curved edges.

Exactly! Unfortunately what I use sketchup for in work is very limited and I only rely on certain tools. I would like a project that would help expand my knowledge and introduce me to more techniques. Most of the tutorials I find are pretty basic.

So find something with curves to model. Start with something you can get your hands on so you can take measurements from it. That way you can concentrate on learning to use the tools.

Very good point. Thank you. I will hopefully have something soon to show.

Alright, so this was my first attempt, I didn’t have any real measurements, just went off pictures I found from Google. How were you able to make it so finished? (I could not figure out how to erase seeing where each piece ends and a new one starts). Let me know what you think.

That’s a good start. The boxes should be tilted at the same angle and be closer together. The legs come up above the shelf and provide places to mount the boxes. The shelf is narrower and doesn’t touch the boxes. The original isn’t as large as yours is.

As far as “finished”, what do you mean? Are you referring to the textures? I made some plywood face and edge materials and used those on the boxes.

As for making the edges not show, you can hide them. Of course erasing them would delete the faces that are dependent on the edges, too.

Yeah I meant the edges. In all the pictures and in your model it appears that it is one giant piece of wood rather than a bunch put together.

I also intended to extend the legs but completely forgot haha.

Again I made this based entirely off pictures, I wish I had something in person to go off of to make it more symmetrical.

The edges are all there in my drawing. There’s a rabbet on the box sides so the veneer runs over the end of the top and bottom.

There are lots of photos of these things. do a Google image search. As for the symmetry, you could assume the piece would be symmetrical. Aesthetically it would be more pleasing and from a manufacturing point of view, it’s a whole lot easier to make if the angles are the same.

Both boxes should be symmetrical, one is a copy of the other and both were angled at 15º.

I will touch it up and see if it looks better.

Also note that the tops of the boxes are horizontal. Gives you a place to lay down you book or set a drink.

Inspired by @DaveR’s revelation of a relatively obscure piece of furniture and aided by his many fine tutorials on modeling wood creations with SketchUp, I came up with this (and yes, Virginia, there is a baseboard): 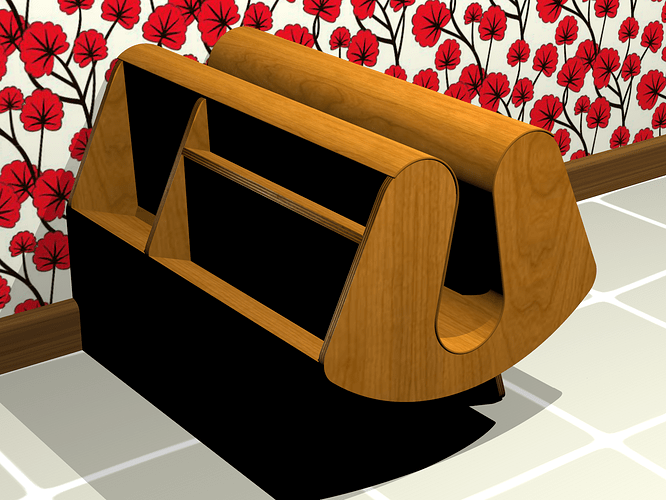