How would I make this a solid shape?

I am working on a model and I am wondering what the best way is to create a specific shape I want to make. Included is a .skp file which showcases what I want.

I hope this is a clear explanation. Thanks in advance for the help!

I would use either Curviloft by Fredo (pay) or Extrusion tools by Tig (free), both available from Sketchucation.

you can then either :

Curviloft will actually do it in one go.

Thanks a lot! this is exactly what I needed. 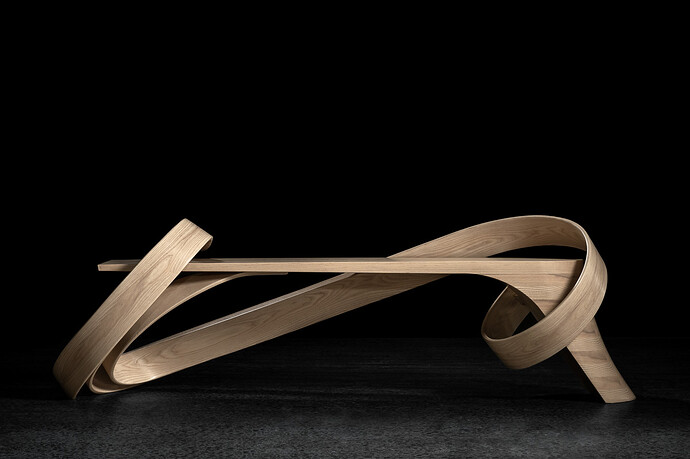 for educational purposes I’m trying to model this bench I saw on the internet. Any tips on how to go about doing the complex shapes of the bent wood?

That is a rather complex shape. I would probably use a mixture of things, a bit of a spiral and upright extruder, maybe some radial bend from Fredoscale. I’d have to work though it to figure it out as there isn’t one simple obvious way to do it.
Try making various parts individually.

this is quite a hard piece to make.

Here’s how I’d do it. But you would really need a 2D plan view and at least a 2D side view to build construction lines/points needed to draw a nice curve (for which I used Fredo6’s bezier spline extension).

Since I don’t have foresaid views, I did something quickly with a few “waypoints” : 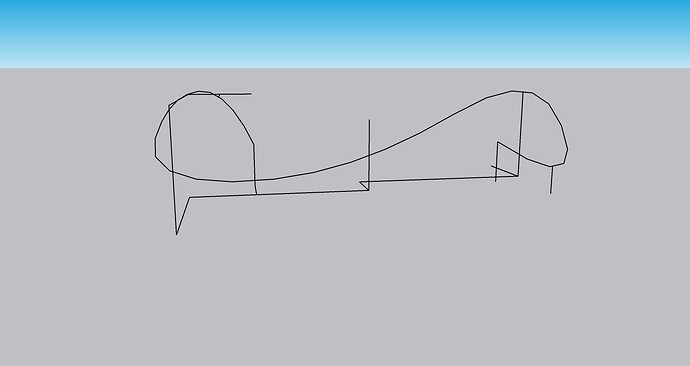 I then drew a profile face 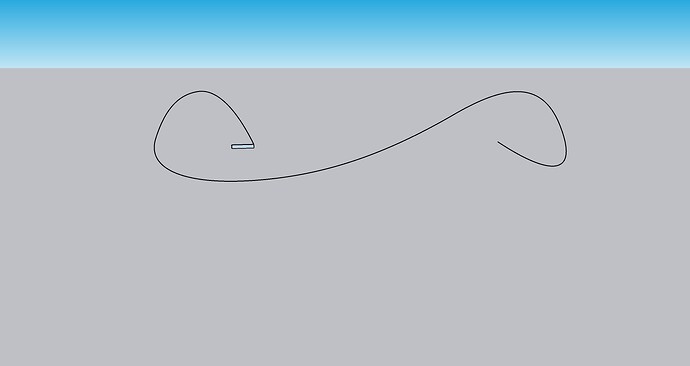 and from there you could just use native follow me tool but you’d see the orientation of the profile is not exactly matching what you want to get : 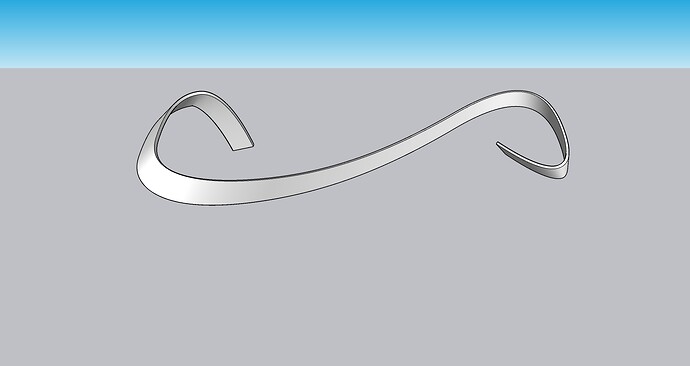 To fix that, still using curviloft extension, only this time the second tool (loft along path),I rotated the previously created profile to desired position (just realizing I randomly rotated them very badly as the result is very similar to previous shape, don’t bother) 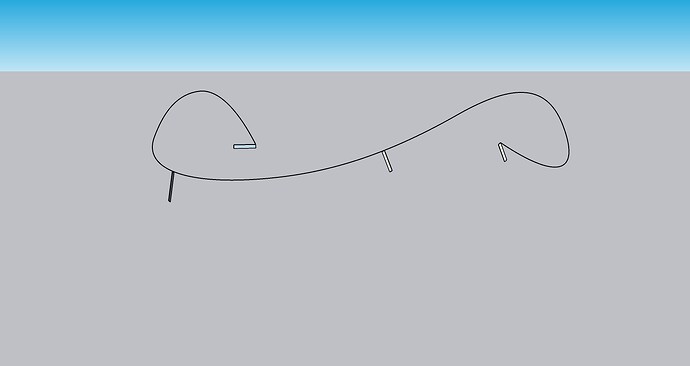 you may end up with something nice 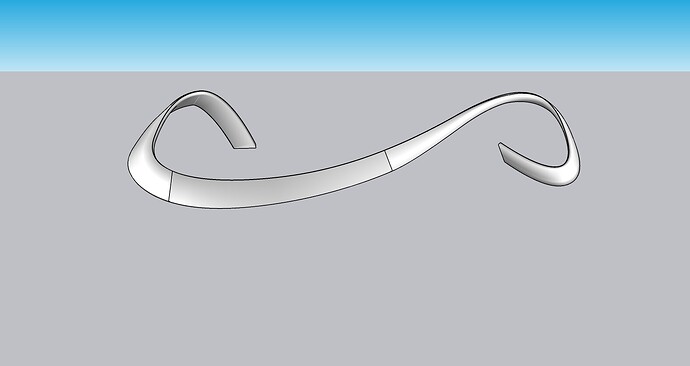 again, I kind of rushed into it to get the general idea 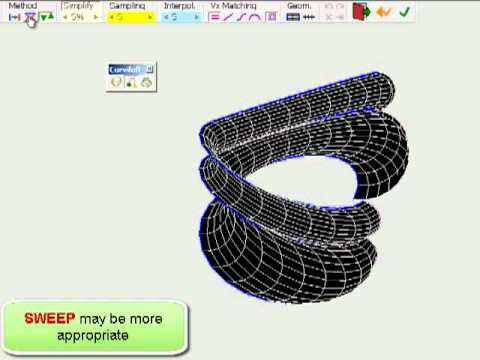 I tried using the curviloft plugin as in your demo. This seemed to work like intended. However when I add a section plane I can see its not the shape of a circle. Do you know how I can fix this? 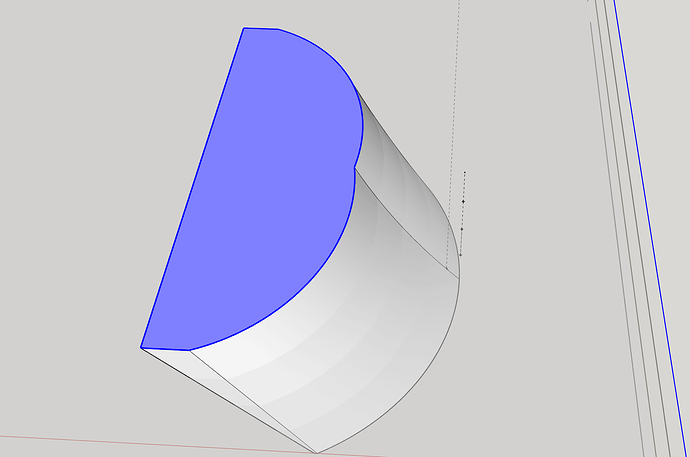 Curviloft will actually do it in one go.

@Box allready gave you the answer. Don’t use Curviloft to model half of it but instead delete the curve in the middle and use Cuviloft to do the whole piece in one go…

This will not work. It gives me a completely different shape then the one I want.

The curve in the middle defines this. 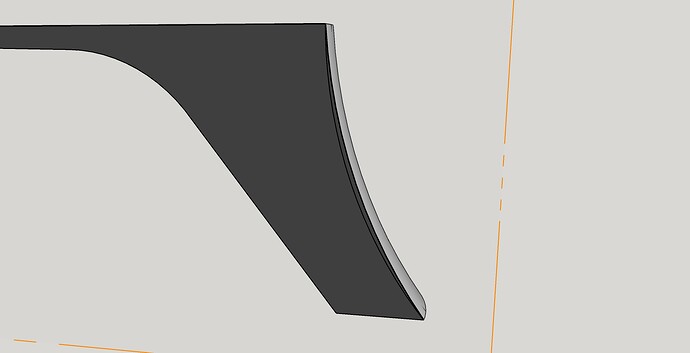 it’s true that removing the line would not give the exact same result.
(outer shell is without the middle curve, internal curve is with the middle curve)
as for your picture Jasper, I don’t know where it went wrong since it works fine here 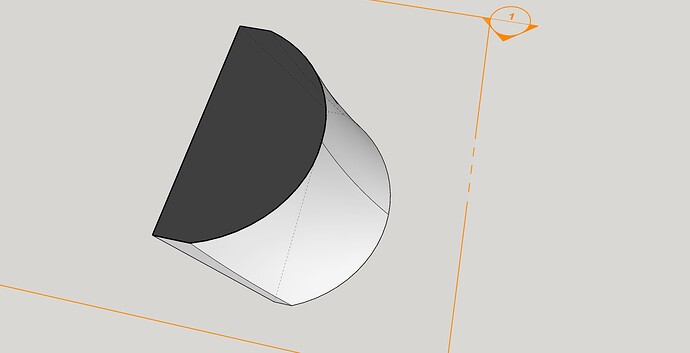 which curviloft version do you use ?

I added my file below. Can you check if you can get the same shape as in your picture?

I see, you have changed the curve since then.

The plugin won’t “know” the middle part (vertically) has to remain circular. It will just do whatever is more direct with outlines given. you have to add an arc inbetween so it lofts smoothly.

group them as it will be easier to manipulate.

edit the group, select all and use curviloft skin contours. you may end up with reversed face just like me, if so explode the created result and reverse them back