in your HtmlDialog javascript you should be using…

does that not work?

As John suggest, passing the values directly to the sketchup. callback is the way to go with HtmlDialog. Because HtmlDialog is all async one need a different way to pass data - this means using callbacks. Another aspect that is different is that where one often used input element to pass data with the old WebDialog because the skp: callbacks had encoding and size issues the new sketchup. callbacks are much better in that they don’t have any size limits and they also automatically convert simple types, so you can send arrays or hashes of data from JS to Ruby with ease.

@nhanco102 I’m trying to find an efficient solution to emulate the deprecated get_element_value method in UI::HtmlDialog, and I ended up here. In my case, it is not working either with

Did you find a solution?

Can you elaborate on what isn’t working with sketchup.getvalue(value)? (This assumes you defined a callback “getvalue” on the Ruby side.)

This is example code. No copyright intended nor warranty implied.

@DanRathbun That definitely works. Thanks.

That definitely works. Thanks.

I updated the example, as it really should not have worked as it was.

I had not actually attached an action callback to the dialog object.
This is now done in the attach_callbacks() method, inside the show() and show_modal() method overrides.
This needs to be done this way because action callbacks are detached if the dialog is closed.

Didn’t notice that, it worked for my scenario if I remember well, maybe with a little tuning. Thanks for the update, anyways.

Has anyone solved the problem of implementing a synchronous get_element_value method for HtmlDialog?

Does Trimble have plans to provide one?

Has anyone solved the problem of implementing a synchronous get_element_value method for HtmlDialog ?

I believe that the interaction with the CEF is asynchronous by design.
I’ve not yet found a way to get a desired value directly from a single method call.
But I did not yet try a wait loop.

But this opens up the possibility of getting lost in an infinite loop, if a Javascript error occurs in the dialog, and the Ruby callback is never called. (I usually have a bailout after a certain number of seconds, or loop number.)

Does Trimble have plans to provide one?

I don’t know, … I wouldn’t bet on it., … The SketchUp Team / Trimble employees never make public statements about specific future plans. (There are entire threads discussing this, and numerous employee posts stating this policy.)

I tried the wait loop. It didn’t work. Apparently the sketchup.receiveValue can’t trigger the callback until the loop is exited, which is too late.

The HtmlDialog is pretty useless without this capability.

FYI : The “snippet” was not actually a drop in test for the greater asynchronous example above.
It was just an idea. (Ie, the full example has no @value variable which would need to be assigned in the add_action_callback block [instead of calling the receive_value method.])

I think I know what you mean, though. Ruby is busy in the “wait loop” and never ready to process the action callback.

Exactly. I was trying to think of ways to use threads to get around the problem, but haven’t come up with a good idea yet. I’ll let you know if I do.

Moreover the whole construct with callback is split over three methods, hardly understandable and maintainable. Actually you would rather want to have the callback together with get_element_value than separate (either as callback function parameter or as callback that can be registered on a returned promise).

His code is based upon my example (in this thread.)

It would be a messy example if it used one method.

I chose for this example, to use a “trigger” method, 1 callback that receives the value, and a separate method that can process any of the values in the @values hash.

Asside: I know, you could actually have the value parameter optional, and then have a conditional inside the method, and then 1 arg makes it a “trigger” and 2 args and it is being called from the dialog’s JS.
But this is not as simple an example as I show above.

In my example I choose to have the “receive_value()” method first quickly assign the value to a hash (whose keys are id strings,) and then call a separate “process_value()” method, because it may likely be needed to have other methods initiate the processing of values at other times than when a dialog receives a value. (Such as triggered by a API observer, etc.)

It also occured to me that sometime, it may be advantageous to iterate the @values hash and process all values. This again makes sense to have the process routine in a separate method than the receive callback from JS.

EDIT: I’ve added a process iterator method to the example to illustrate this point …

However, if you have a better idea / example, PLEASE post it rather than tearing mine down.

I edited the above example to the latest version.

The HtmlDialog is pretty useless without this capability.

Freezing (with wait) an asynchronous operation to make it synchronous will cause a deadlock in a single threaded application.

It’s better to accept thinking in the asynchronous paradigm.

Well phrased. As an example, if one had a dialog for exporting, there may be several ‘option controls’. If the user clicks an ‘export ’ or ‘okay’’ button/control, the callback would include the state of the ‘option controls’.

Freezing (with wait) an asynchronous operation to make it synchronous will cause a deadlock in a single threaded application.

Which is what our tests proved 18 days ago. (ie, the “trigger” cannot be sent to the CEF if the Ruby is wound up in a wait loop. The Ruby method must return before SketchUp’s C-side will send the “trigger” to the CEF process.)

It’s better to accept thinking in the asynchronous paradigm.

Which was also the conclusion of this and the other thread (despite the wishes of the OPs migrating from UI::WebDialog,) to have a synchronous “getter” method equivalent of get_element_value.
It is also, why I changed the name of the “trigger” method (in the example) to request_element_value() and gave the reason …

Just opened another issue to add the DevCamp 2017 examples link to the class (and perhaps some statements that are more clear and informative regarding the new class’ asynchronous nature.) 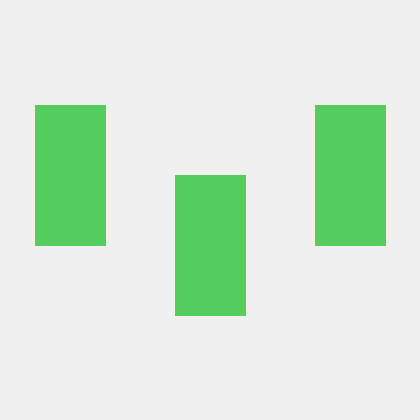