What’s causing the Matchphoto Origin to move? This usually happens when we revisit the Photomatch Scene after some time has passed so we don’t know what caused it to move. In the past we would grab the origin that is within screen view and reposition it and adjust the matchphoto scale since the Red and Green Alignment Grips are still positioned correctly (Matchphoto Origin Incorrect but Whithin Screen Space.JPG).

This workaround is quicker than re-importing the image, but now the axis origin is very far off screen and too far away to zoom out (138 Matchphoto Origin Incorrect.JPG).

Here is the correct Origin for Reference 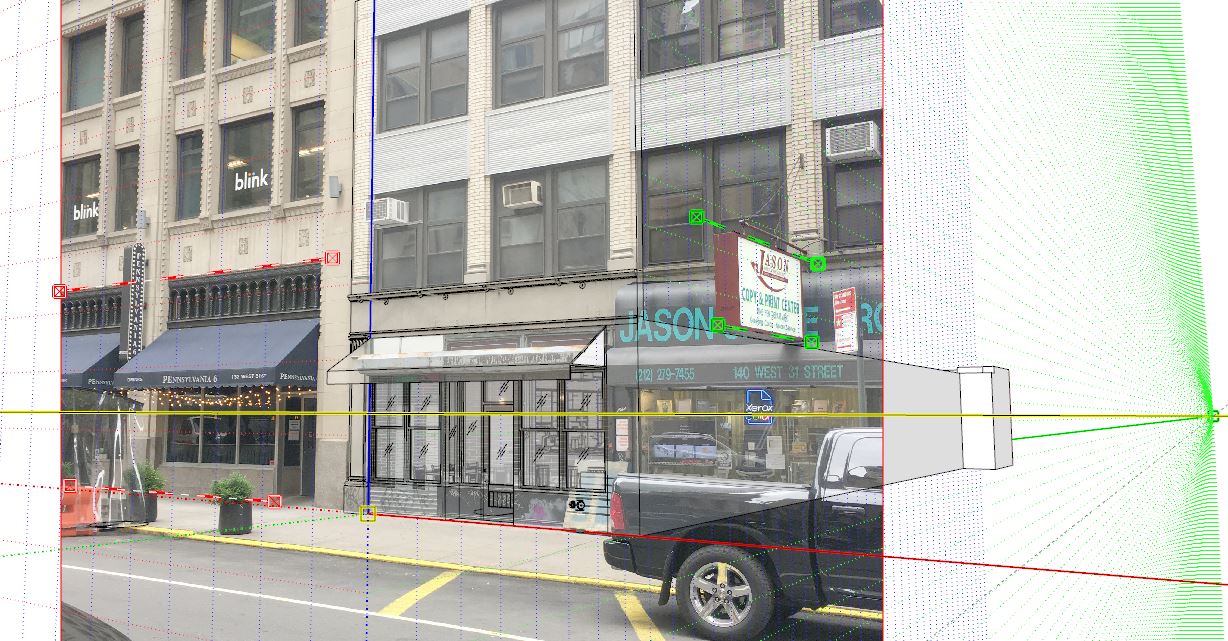 Any suggestions on how to correct this or know what causes this?

That’s very strange. The red and green vanishing point lines and the yellow horizon may look like the good image (#3), but the red and green grids totally disagree in other directions and the camera is either looking up or down, I think. I’ve seen Match Photo mess things up if you don’t use the axis tool to put the origin in the picture somewhere, but it looks like you did that in the good example image. You say you successfully made a Match Photo scene to begin with but it becomes corrupted when you come back to it some time later?

Yup, that’s seriously messed up and I don’t know how or why. I’ve never seen this before. Clearly there is a horizon line and vanishing lines which act like they should in relation to the photo, yet the camera is actually looking straight up in the model such that “Up” (blue axis) is just above the horizon line.

Thank for looking at it. It feels like when you come back to a layout sheet and all the Dims are red and disconnected. I wish I could reconnect the Origin. I wonder if its group nesting, editing, and regrouping after the initial Photomatch Setup. All of the Duplicate Photomatch Scenes (Model Only, Photo Only, Style) have all Scene Properties Saved, but when I set up the initial Photomatch scene only the Camera Location and Axes Location Scene Properties (Greyed out) are Saved. I will Try Working with only one Photomatch Scene per Image, without saving any of the other tickable scene Properties and Using Layout ‘Effect’, ‘Style’, and ‘Tag’ Overrides as needed and Also try just one Photomatch .