What are these rectangles on Venus?

Anyone know what these black rectangles on Venus are? 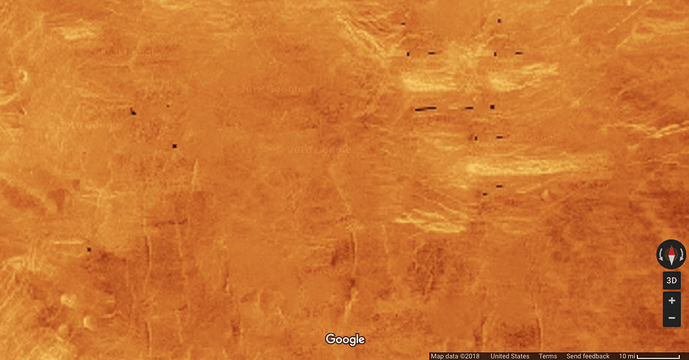 They’re kinda in a pattern. 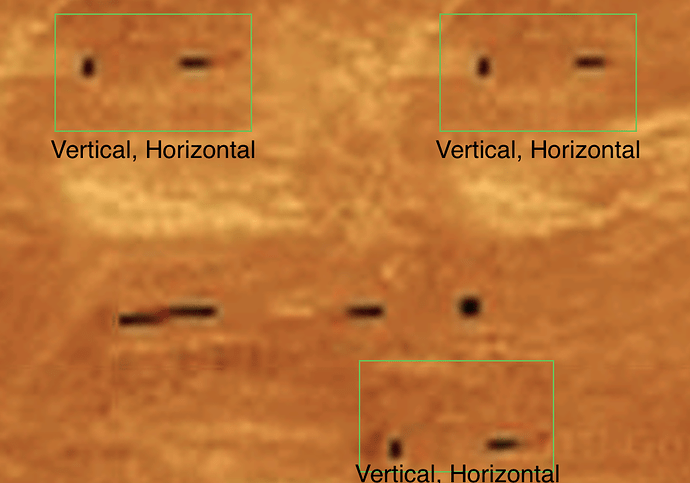 I’m really curious to see if they’re a glitch or if they’re something else.

They are a repeating pattern so, missing pixels in the camera, lense gunk/damage, digital artifacting from either the image transfer or the image stitching process. They are areas of missing picture, not something on Venus.

I’m thinking it’s an error too… Thanks for the help.

the missing pixels are deliberate, there were single and groups of aliens waving

Often artefacts left over as the result of auto stitching and compositing. A lot of the ‘press released’ images form NASA that appear in the news etc are hand re-touched with false colour added on too. However the majority of images received are only handled and processed by computer and then archived.

You can see the same in Google Earth/Google Maps, especially in areas with not much going on when photos taken at different times with different methods are merged (plane vs satellite for example).

Artifact - “an object made by a human being, typically one of cultural or historical interest.”

So to a Venusian these are kind of like crop circles made by alien?

Just FYI, these data were not captured with a visible-light camera. They are radar-return data that has been processed into a visual image.

Venus has a very dense global cloud-filled atmosphere that prevents seeing the surface in visible wavelengths until fairly close to ground level. The Soviets succeeded in placing four Venera spacecraft onto the surface which each captured a visible-light image prior to being killed by the ~900 degree F surface temperatures and ~100 atmosphere pressure. Here is an image from Venera 13 (it is a very wide panorama, with opposite tilted horizons just visible in the upper left and right corners):