The best Style achieved by accident

You can get a somewhat similar result by setting Face Style to Shaded (not Shaded with textures) and set Edge Color to gray. You’d also need to change the colors of your materials to be more washed out (desaturated).

you can add the ‘Edit mode’ fades in ‘Model Info’ >> ‘Components’ for any template’s ‘Style’, but they will only be active in edit mode…

do you want to use it for another purpose?

I think a quite big question here is what it is you like about this look.

Just use the screen shot and your there. I wondered if there’s away to hide the bounding box…

eneroth3 that’s really helpful advice. Changing the line colour and desaturating the colours is a big part of the
solution. Its not quite there though.

John the Edit mode enables certain features in the drawing to be more prominent I don’t think I can set that
in Styles can I?

Ccaponigro Thank you for your comment. The reason I wanted to be able to ‘set’ the style was so that I could have automatic updates in Layout. If I insert image files into Layout then it will not update automatically from my modifying skp file.

i like the look of this style because I think it has a more subtle quality but without getting ‘atmospheric’ with the
information.

John the Edit mode enables certain features in the drawing to be more prominent I don’t think I can set that
in Styles can I?

If you want a selected object to stand out as rendered differently as the rest of the scene, I think Style alone won’t do it. I got that effect shown here by compositing multiple versions in Photoshop.

Edit: @Dave was replying at the same time. I used Photoshop, but you could use Layout for the same type of compositing as he said. It could get more complicated than two views if there is some stuff you want in the foreground as well as background. 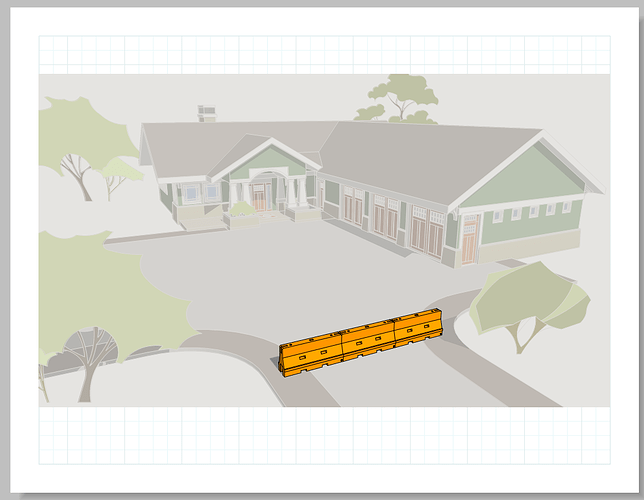 SketchUp and LayOut. Could be fine tuned certainly.

And with this set up the model can be edited and the updates shown in LO as desired. 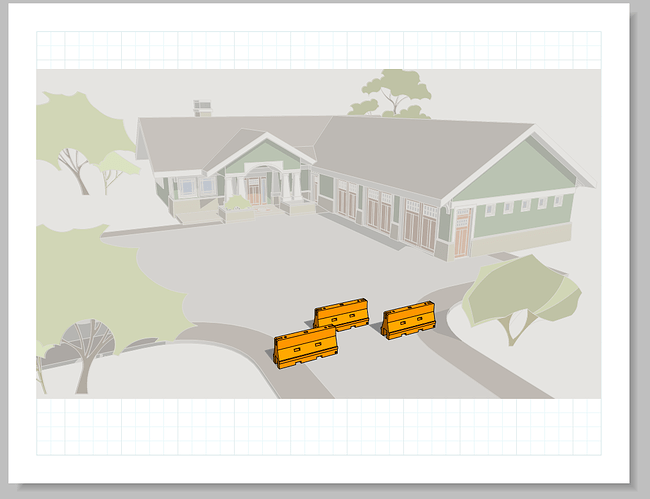 The background color is set in Styles. The Fade rest of model value is set from slider in Model Info > Components. I think the default opacity is 0.25. You can also read the exact numeric value by running this line of code in the Ruby console.

Or you could use a watermark as part of the style like I did.

I follow the same technique that @DaveR has noted above with great results.

Hi John,
As far as I understand the Edit Mode does not work for exporting images. I can do a print screen
but need a higher resolution image. I would save to 4000x … jpeg file to get the best image without doing something to my computer. (There may be better ways but that’s what I know)

eneroth3 has provided the perfect solution to my problem. Thanks very much. I didn’t know this forum still existed until today.

I didn’t want a solution where I had to use photoshop as that would take too much time.

I only wish it was possible to change the line weight. 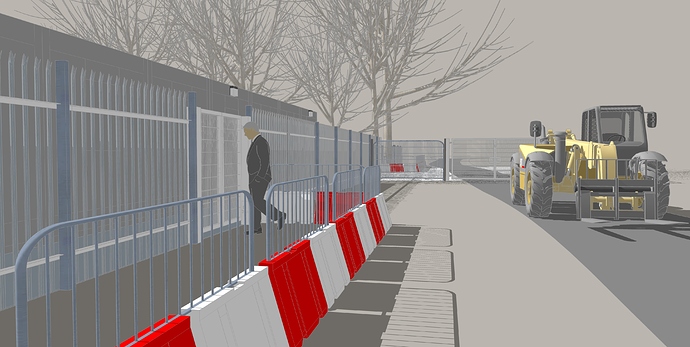 I only wish it was possible to change the line weight

Of course it is possible in LayOut. See the Styles tab of the SketchUp Model tray: 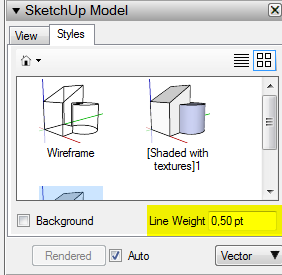 Thanks Dave for the watermark suggestion. I will experiment with that next time also. Seems like
reducing the tonal contrast and controling the saturation and using none black lines helps it give the sketchup image a less toy town appearance.

Thanks Anssi,
I have experimented with this in the past but found that the shading doesn’t fill in between the vectors
when the lines are thin.

It would be very interesting to see links to styles that members have developed in SU.

My own favorite is the Pencil Edges with Whiteout border but I have been suprised that I haven’t been
able to find more Styles developed by uses available.

I have experimented with this in the past but found that the shading doesn’t fill in between the vectors
when the lines are thin.

Are you only looking at the display in LO or in exported images?

but I have been suprised that I haven’t been
able to find more Styles developed by uses available.

I’ve made lots of styles over the years. A number of them are available at Sketchucation and others through SketchUpArtists.

Sorry I don’t understand this stacking of viewports technique.

That’s good news if the failure of raster images to fill properly between light weight vectors in Layout is
only on the screen.

Thanks I will check out Sketchucation to view your Styles.

Sorry I don’t understand this stacking of viewports technique.

Create two scenes in SketchUp with the same camera position. One viewport for first scene on one layer in LayOut, another viewport for second scene on another layer in LO. That’s what I did for my screen shots, above.

That’s good news if the failure of raster images to fill properly between light weight vectors in Layout is
only on the screen.

Render setting for display in LO is generally lower than output.