I can’t seem to find the SketchUp folder in On My iPad in the File App.

I can’t find the files I create from iPad SketchUp neither.

I can access it from the Recent File list in the SketchUp app but I don’t know where it is stored.

Mine is under “files > on my iPad > SketchUp”. Just like you say. 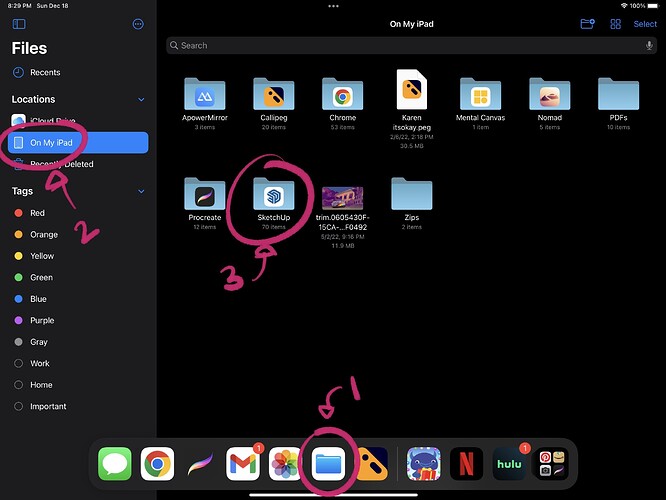 If I go to “recents”. And then long press on an item, I can use the “get info” option to see where it is stored… that might help? 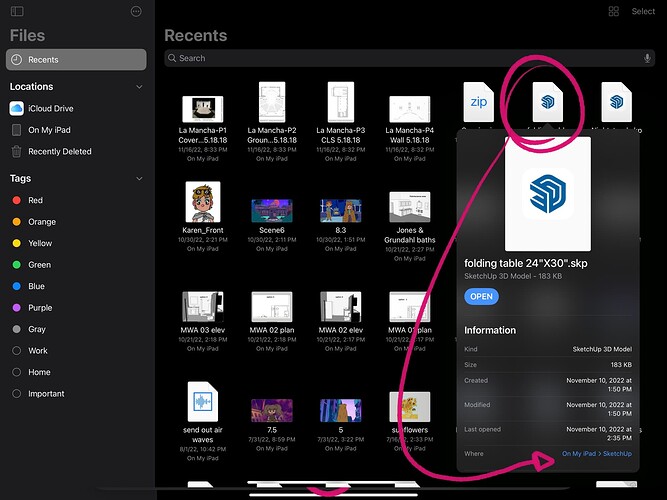 It only appears in Recent in the SketchUp app not Files app.

There is a little difference between the way recent files are displayed between files loaded from Trimble Connect and ‘On my iPad’ and iCloud drive.

It only appears in Recent in the SketchUp app not Files app.

That’s why I posted the second pick. I was hoping that you could long press on it and then choose “get info” and see where it was stored.

Mike probably has you covered though. I don’t do much with off ipad storage unless I’m moving finished models to other people. 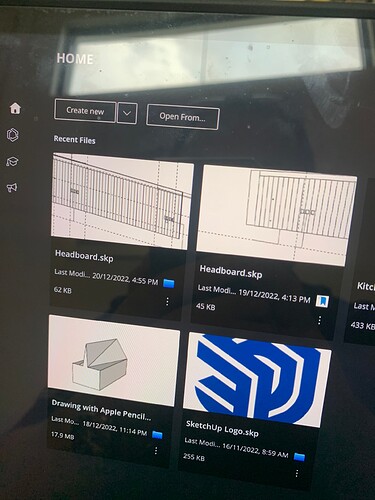 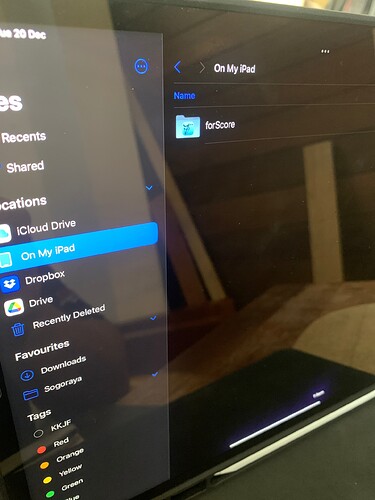 Thanks Mike. Base on the icon it looks like it’s saved on the iPad. But I don’t see it in the Files app. Not even the SketchUp folder is there

I recently updated the iOS and the SketchUp folder as well as folders from other apps has appeared on the On My IPad app.

I guess it was just some kind of software glitch.