Yeah, about the bugs, but we still have the deer issue to deal with.

We’ll have to take our chances. I’ve heard of rattle snakes in Fairy Falls… but no bull sharks in the St Croix. As long as the Killer Bee situation remains stable we should be okay.

but we still have the deer issue to deal with.

Forget the deer (you can steer around those - sometimes), I’d be more worried about the tornados.

Is there any construction method that can withstand an EF5?

In all seriousness, there are concrete dome shelters which are as stout as it gets (to my knowledge) when it comes to above ground structures. The aerodynamics and self-supportive attributes of the shape, and of course the reinforced concrete—i know of nothing better. But I’ve never seen a house built this way. My highschool ended up getting a new cafeteria that was supposed to be ef5 proof, and it was not a domed structure. I hope it never faces the test. 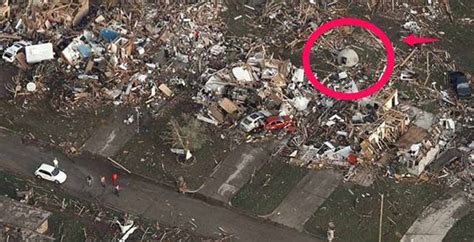 Weather is pretty nice today. Working straight off the model to frame the stairwell. 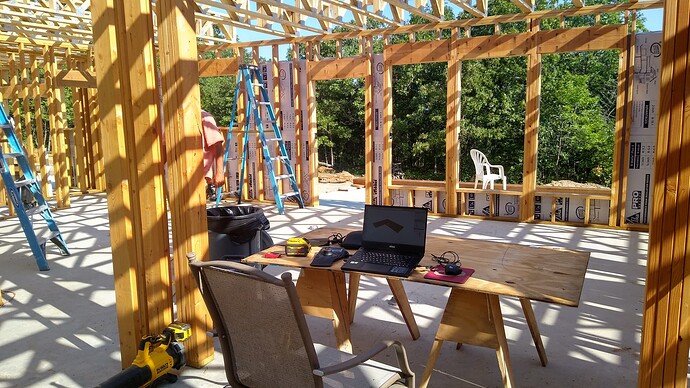 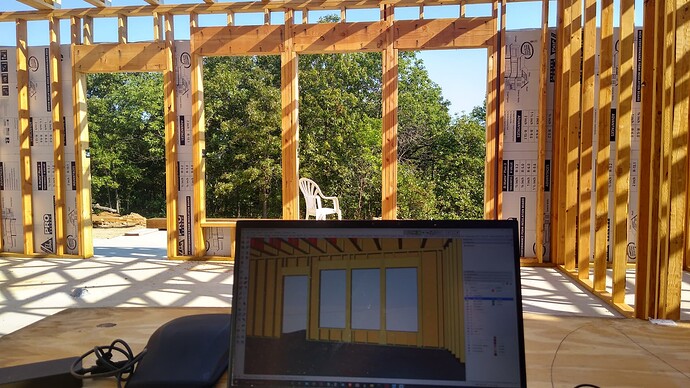 Oh yes. We have all of the above.

In one day on this job, I killed 20 horse flies that were caught in the act of bitting me or my buddies. All sorts of wasps and hornets, I’m still finding new kinds. Two have I seen for the first time, a “cicada killer” and a large blue one with orange wings. Copper heads and cotton mouth snakes are really bad out here. I have chigger bites on me right now :D…

Welcome to the OK

I saw a post card years ago when I was in Eastern OK that proclaimed the mosquito as the state bird of Arkansas.

the mosquito as the state bird of Arkansas.

My late father proclaimed the mosquito as the emblem bird of our summer cottage and celebrated it in this (fake) stained glass window: 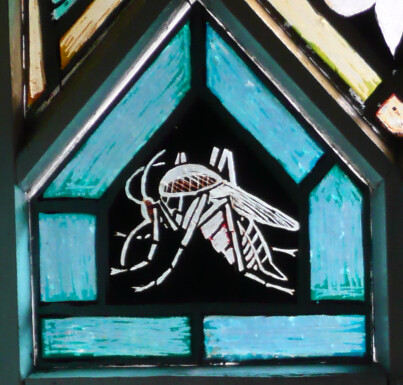 So, we have gotten to the point where we are almost throwing up rafters. But I don’t have any pictures because I have been busy with a major design change!

We are doing away with the pitch change at the eves. 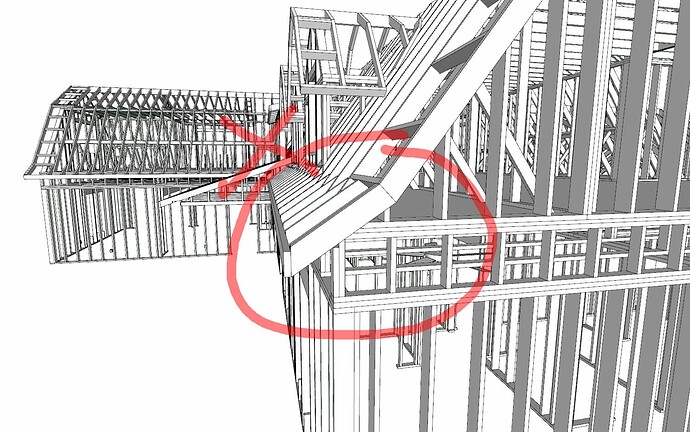 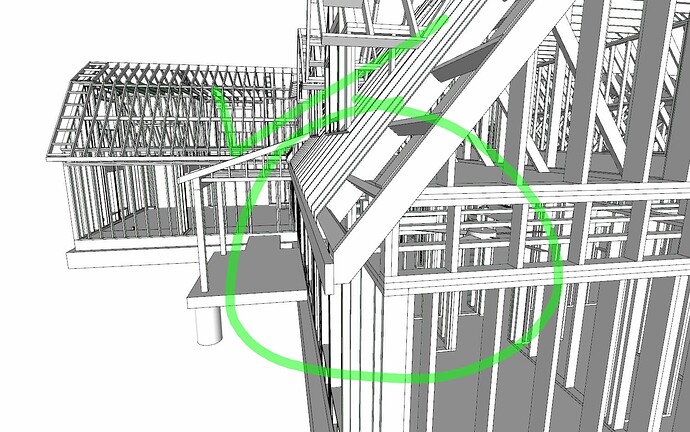 This basically means the entire lower pitch of the roof needs to change, including the porches, the dormers, and the valleys. This is day two. Almost done! With the framing design . . .

What prompted this design change?

We wanted to do away with the finicky pitch change there. Also, the seam is a potential water issue. The water will be going pretty fast down that 16:12 pitch! (metal roof)

We added the skirt early on and the latter is actually what was depicted in the original architectural concept. The customer doesn’t really care either way. We are just wanting to make things easier on ourselves.

Yes, this change makes your job easier. However, this element is not just a decorative element. Its main task is to contain the impetus of rainwater, which prevents it from being thrown out of the gutter. Especially with mansard roofs like yours The constitution of this element should also be slightly different. Below are two methods depending on the size of the skirt
.

In the meantime, a bit more clarification on the wildlife: 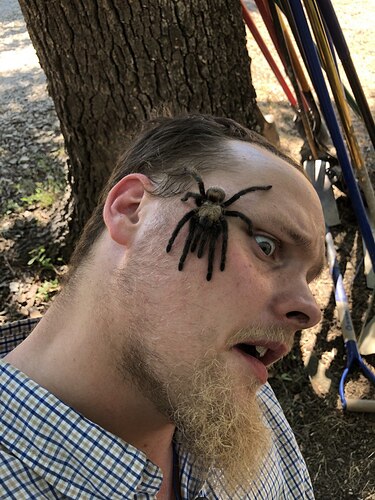 It’s a shame that the new construction will now need to be condemned due to infestations. Better luck next time.