I did, and still not working.

I have all the requirements needed to use my.sketchup, but all I get is an error. I bet you saying “F U” to people with weak PCs and only give it to people that have 1GB video cards and expensive gaming PCs.

My.sketchup works fine in my cheapo Chromebook. Tone down that attitude. There are people here who were trying to help you… 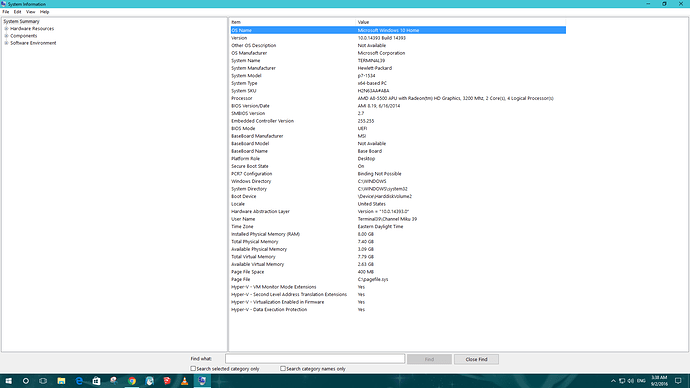 Just in case, here’s the specs for my computer. There has to be something that is causing My Sketchup not to work in my computer without enabling WebGL 2.0 on Firefox.

That’s a bit harsh, @michael_okeefe91, and that’s from me, someone who people think can be harsh at times. We’ve run this on Chromebooks (as @catamountain says) , so that’s not the case. We’ll continue digging into this to understand why.

Whoops SketchUp has crashed no web page 3d view
Error: This specific model could not be loaded
taffgoch September 3, 2016, 12:28am #13

Folks, I’m getting the same error… 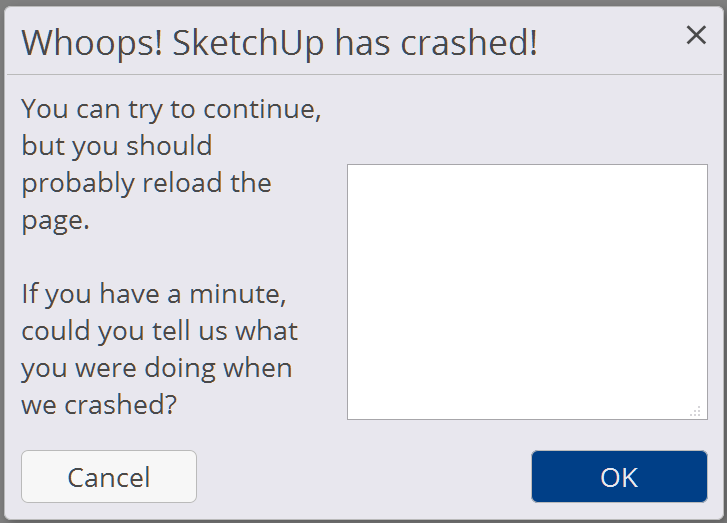 I get the Trimble icon and the red loading-bar, then this error message.

The “get.webgl.org” test shows that my computer/browser supports WebGL, on my WinXP SP3, DELL Precision M90, and Firefox 47.0.1

For me, it says “Sorry, Sketchup appears to have graphics incompatibility with your browser”, although in Chrome that error flashes for a split second.

In Firefox, it doesn’t load the model.

I’m getting the same error message as depicted in the screenshot included in the OP. I was just in the warehouse on 02 September. I had no trouble with the 3D WebGL viewer, but now this evening - this error message.

I have Firefox, Windows 7. I don’t use Internet Explorer, so I dunno if it’s the latest versions or not, but it’s version 11. Thing is, I have gone to IE on a couple of occasions whenever someone’s model wasn’t working to see if it was model or the browser (or something else), and discovered that the viewer doesn’t work right in IE anyway. I checked in IE tonite after things weren’t going well in Firefox, and IE still treats models the same crappy way it always has… so no answers there.

I went to the get.webgl.org after seeing that screenshot, and the page indicates that my browser supports WebGL also - the cube was spinning.

BTW, all of the WebGL demos from…

…work fine, at respectible framerates. I only have problems with getting 3DWarehouse/mySketchUp to load & run.

@Barry
So I guess no one has come up with anything on this issue? Or has a fix or solution been posted somewhere else? Or has it just been forgotten because only a handful of us are unable to use the WebGL viewer in the warehouse?

We have issues queued up, which we’re fixing. Nothing to report yet.

OK, we’ve pushed a change to deal with our top 3 crashes, can you try your models? @taffgoch?

…I get the same error message. All that has changed is that the loading progress bar no longer displays.

@taffgoch Can you ping me the URL of your model, or is this still for any model you try to view?

Yea, XP isn’t going to run anything higher than (oops, I had typed IE11, but as sage Dan pointed out, XP only runs IE8 I had XP and Win7 crossed up). XP is no longer supported by Microsoft. On Firefox 47 on Win10, your 4 most recent models all loaded for me. 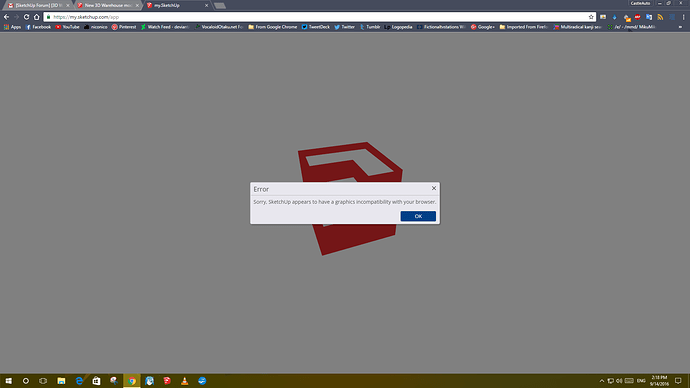 My Chrome just upgraded to 53 - and my.sketchup seems to be working for me.