If it was FedEx, at least they got it there on time.

Here are a couple of links that talk about it.

For other places with the same name, see Little Norway (disambiguation) Little Norway was a living museum of a Norwegian village located in Blue Mounds, Wisconsin. Little Norway consisted of a fully restored farm dating to the mid-19th century. It is listed on the National Register of Historic Places. Little Norway closed in late 2012. Little Norway began when Osten Olson Haugen, an immigrant from Telemark, Norway, settled on 40 acres (160,000 m2) during the 1850s. Mr. Haugen built a dwelling...

Little Norway Back in Big Norway - The Norwegian American

Originally constructed for the 1893 Chicago World’s Fair, the Norway Building has now been successfully moved home from Little Norway to Orkdal. 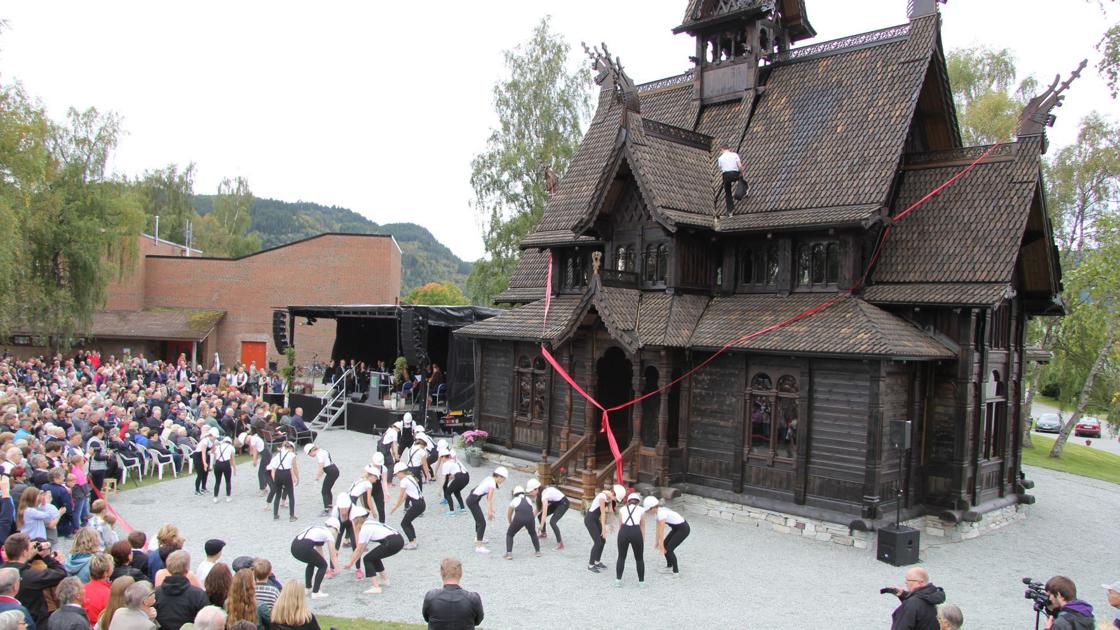 The journey for the Norway Building comes full circle

After spending most of its time in Wisconsin, the stave church replica has returned to Norway where it was restored, rebuilt and, on Saturday, dedicated before hundreds of people.

High up in the central section of the building there are or were two pairs of carved wooden masks that were said to be of the King and Queen of Norway. When the building was erected in Wisconsin the two kings were on one side and the queens on the other. I haven’t found pictures of that but maybe you can go visit and see if it’s still like that.

Looked familar, I’ve searched in my old photos and found my own visit there back in 2005

If you find yourself in the “neighbourhood” another time - give me a shout.

Maybe this can help a little.

Excited for this one! @thomthom , will you be watching?

In case it helps…

That was fun. I got some modelling done myself while watching this. Felt good to model something in 3D again. Got a zen feeling

(Though often distracted by the stream and chat. I should try to set aside some time over the weekend to do some more work on this.)

I’m going off some orthogonal drawings I found of the church. Proportions between side and front elevation fits quite well.

This morning I realised the plans I found is outdated. Missing a number of key features. And things doesn’t seem to be entirely in the correct location based on what should be current site plan.

Found that it was possible to download the model from a 3D scan. So spent some time getting that imported so I can use as reference for proportions and features. Still tweaking the size as I’ve yet to find a really good reference for that. (The 3D model wasn’t in a 1:1 scale). Usually I struggle to find good reference photos without people obstructing the view, but this time it’s the opposite - struggling to find good references of people standing right next to the church so I can use that as a guide to scale the model.

The 3D scan model is 470K faces, so somewhat dense for what I need. Might try to run a mesh-reducer, but the model itself i split into nine separate pieces from the photoscan. Might have to merge it first.

I can’t find the model, will the link to the 3d warehouse be added here later? My printer is waiting

I think one of my comment went unnoticed yesterday.

I added comments to the model from the 3D Warehouse. See this SU file.

Of course, when 3D printed to a 5 inch length, this detail will not be noticeable.

Today I dropped a 400 000 triangle references model into it without much sweat.

Modelling each surface tile might not be such a crazy things…

Ended up discarding all the box models I’d done so far after going back and trying to get the scale correct. Looked up map services and used that as reference for the size. In the stream I said it was 20m in length, going by what I’d read in some source. But using the municipal maps I found that the length, measured by the roofs was 25m.

Should have started with setting the scale correct from the beginning. But now the 3d scan is scaled correctly and geo-located so I can even get correct shadows.

Started printing, but I don’t have a good feeling about the overhangs… we will see.

New volumes based on one half the the building. It matches “ish” on the other side. But this old building isn’t entirely symmetrical. However, keeping it symmetrical for now in order to make it easier to model. I doubt it will be visible in the end.

A late entry, a photo I took when my family visited Heddal Stave church in August 2001.

Not perfect, but quite respectable with a bit of post processing…

But now the 3d scan is scaled correctly and geo-located so I can even get correct shadows.

I downloaded the same scan (from Sketchfab). What is the correct scale? I tried x100 and that seemed sensible.

I downloaded the same scan (from Sketchfab). What is the correct scale? I tried x100 and that seemed sensible.

I first imported the Sketchfab OBJ with meters as units. But that was too small. Given that the model wasn’t even aligned to any model axis I just used RotaScale to scale it such that the length ended up as 25 meters.

Not perfect, but quite respectable with a bit of post processing…

So these printers are able to build something of an overhang? How does it manage that?