I’m designing my barn using Sketchup. It’s a slow process, but I learn best by doing. Anyway, I’ve modeled MANY 2x4 pieces of lumber with no issues, but when I try to do the truss I keep getting 3 out of 4 of the pieces (building gambrel roof) with no face along one side. I’ve redone it several times and don’t understand why it’s happening or how to fix it by either:

I’d search for this, but I’m not even sure of the terminology to search successfully.

Any help would be appreciated.

How are you creating the truss?

Saw a video of a guy using Sketchup to build trusses. He mentioned some of the things I struggled with and suggested an alternate method that helped him when he was starting out.

Figured I’d give it a try. Worked fine until I used checked result after “pulling” face 1.5". Instead of trying to explain… Here you go.

The problem is your process of leaving the faces of the two pieces connected as one. If you are going to leave them as one hunk of geometry, delete the miter line before you run Push/Pull. Draw the lines in afterward. Or Hit Ctrl before you start the Push.

Better and more useful would be to model each part of the truss as a separate component so you can get some useful information out of the model like how long they need to be and how many you’ll need. 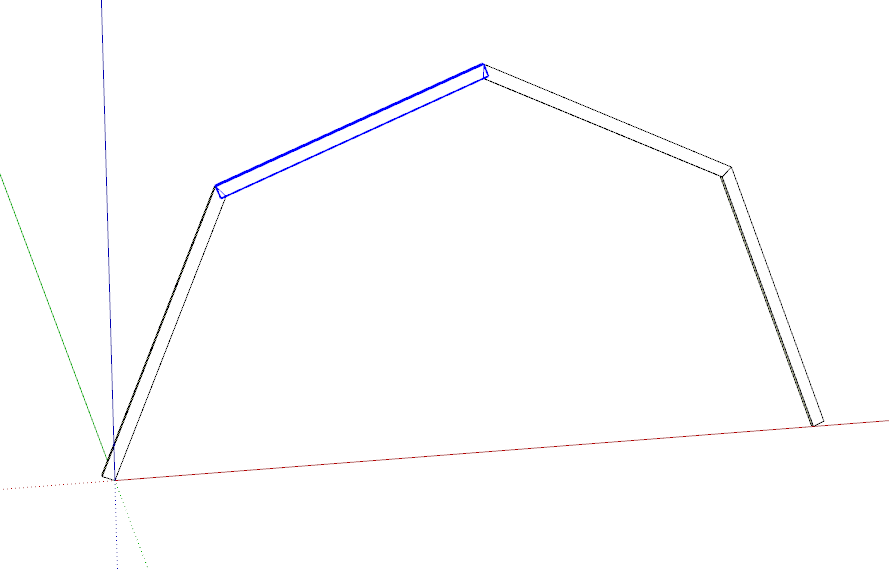 The problem with the process you were attempting is the way that SketchUp (by design) handles pushpull when there is another face abutting the one you are pushpulling. It concludes that you wanted to push an indentation into a surface, so it erases the starting face. Much of the time this is desired, e.g. when pushing a window opening through a wall. But in cases such as you showed, it leaves a missing face.

@DaveR has told you about how to tell SketchUp that you want that starting face preserved, and also other workflows that avoid the issue altogether.

Thanks for replies, guys.

DaveR - Doing them that way was the result of going down the YouTube rabbit hole and wanting to try something. I figured that wasn’t the best way, but it allowed me to show something I’ve run into several times (one of the 6 surfaces is missing/transparent)