How to create a solid on the inside of intersecting 'surfaces'

I have a number of intersecting irregular planes / surfaces and want to generate a solid that fills the space between them, eg. ‘foam fill’.

I’m typically working with two or three planes / surfaces at a time and they always overlap to define a closed space. I considered trying to build the surfaces out to create solids, and use the Solid Intersect tool, but this is time consuming considering the number I need to create, and becomes complicated when I need to use more than 2 surfaces.

Is there a tool or plugin I’m unaware of that would help me with this?

Could you please share a screenshot or even better, a model file, to go with your question in just text.

Sample attached. The data comes from a CAD package. Want to create a solid between surface 1 and surface 2, and another between surface 2 and surface 3 (and partially surface 1). On closer inspection, there are some small gaps between the surface, ie. the don’t completely encase a space, though I could reproduce the surfaces to the ensure overlap.

There are several points where the two objects don’t intersect, so a one click solutions will not be possible… 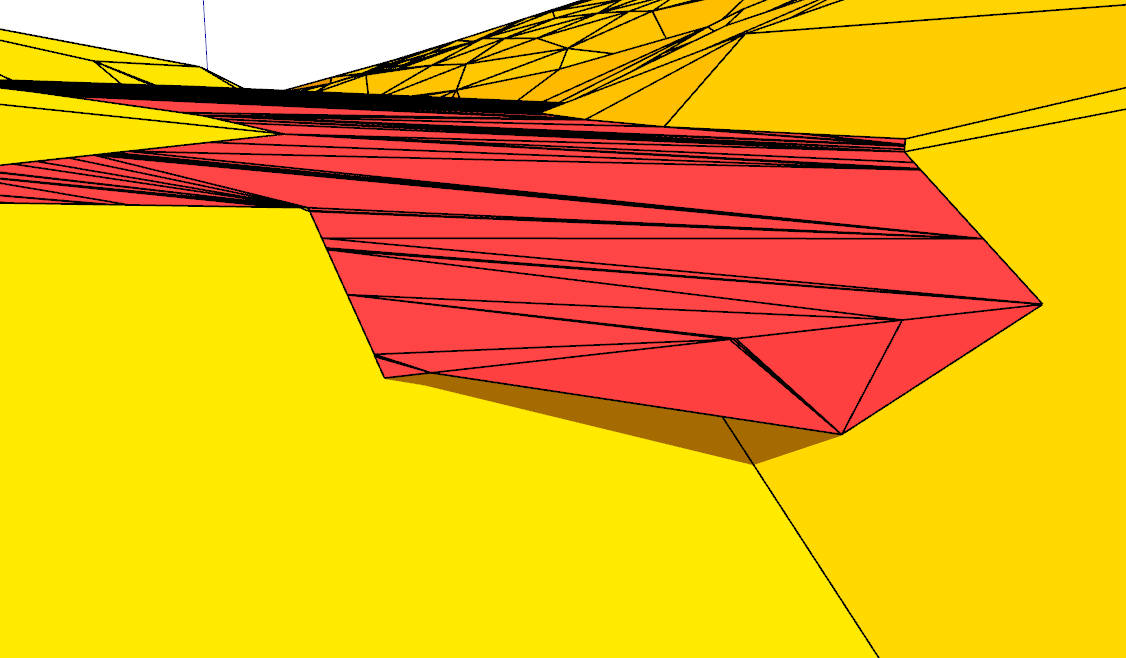 Another problem ist that the faces aren’t connected themselfs, all thickened edges in this image don’t connect the two adjacent faces but are profile lines… 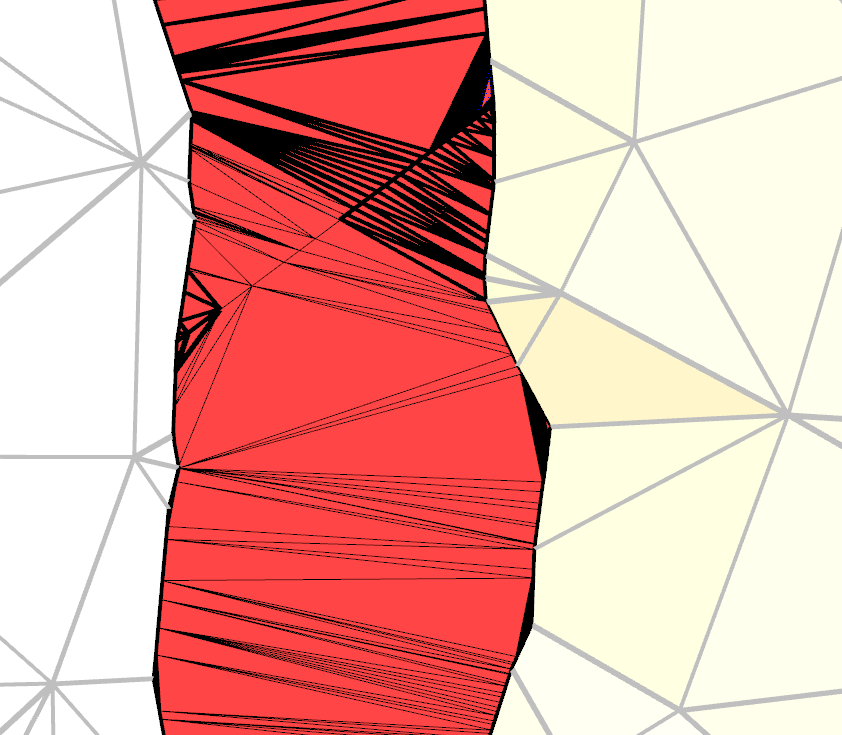 (I thought about JPPing (joint push pulling) all the faces down to get an intersection for the whole contour, but that will not work without joint faces.)

@rob79au, as for the thick profiles, start redrawing edges inside the terrain group to see how they disappear/change into thin edges that mark the intersection between two adjacent faces. (You can then smooth them).
Once you have done so, the terrain will be one large surface.
You can now make it into a solid by adding four vertical faces and a bottom face.
Same procedure for the (lava) stream.
Only then you can intersect both solid groups to get their “mutual” connection surface.

Thanks for the help. I will go back to the source and see if I can create more ‘complete’ surfaces before I try this again. I had considered applying a ‘terrain skirt’ to the surfaces to make them solids that I could use with the standard solid tools, but this still requires multiple steps, which I want to limit since I will potentially have a considerable number of these to do.