SKP pro 22 on macbook pro M1 2020 Ventura 13.1
Hi folks, I have a simple array of 4x6 joists in my model, in a single group. SKP is sometimes dropping geometry from the group on a move, rendering the group non solid. Any ideas?

slightly different topic, but what’s up with non responsive oir super slow tool changes on M1 macs? This happens on my laptop and desktop.

Are you referring to the rectangles off the ends of the joists. It would appear you didn’t include those faces in the selection when you made the group. Make sure you select all of the geometry prior to making the group. At this point you can select those rectangles, use Edit>Cut, then open the group for editing and use Edit>Paste in place. Finally, move the rectangles into place. Alternatively you could delete those rectangles, open the group for editing and trace an edge of each rectangular hole to heal the faces.

You have the same issue with some of the end faces on the opposite end of the joists.

what’s up with non responsive oir super slow tool changes on M1 macs? This happens on my laptop and desktop.

Others have reported similar issues. SketchUp 2022 does not support OS 13.1. You’ll probably have to wait until SU2023 is released to get support for Mac Ventura.

Question for you: What’s with the excessive nesting levels? 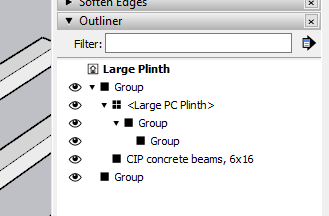 Is this where you are trying to get? 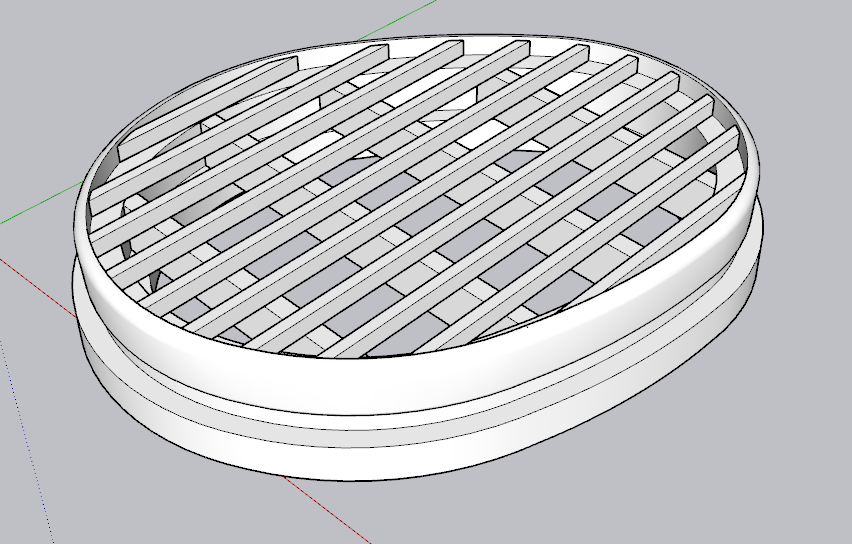 Dave, thanks for the response. I moved the group in the blue axis previously without issue. I did heal the ends, cleaned up the other end, and now I have a solid group. Thanks.

Profile changed, thanks for the reminder.

Too bad about the lack of support for Ventura, but the slow/non responsive tool changes occured in previous OS, on both machines with M1 chip.

Yes, that is what I’m trying to achieve. I assume the nested and convoluted groups are preventing me from trimming the joist?

I moved the group in the blue axis previously without issue.

Somewhere in the process you wound up creating the group without the end faces. Might be that you selected the group and the faces when you moved them, though.

I assume the nested and convoluted groups are preventing me from trimming the joist?

That and the fact that your joist group wasn’t solid because you had not included those end faces in your selection beofre making the group.

Profile changed, thanks for the reminder.

Thanks for doing that. The correct information in your profile helps us help you.

Ten four. Curiously, the precast plinth (egg shaped group) is no longer a solid. I used it to trim (solid tools) the CIP beams, but am unable to trim the 4x6 joists. Here’s the latest saved model, outliner is a little tidier. Do you know of a good resource to learn about constructing a healthy model? I’m just beginning to learning about outliner, tags, etc.

Curiously, the precast plinth (egg shaped group) is no longer a solid.

You still have excess nesting the plinth is a solid group as is the group for the CIP beams. But the nested group is not solid. Only bottom level groups and components can be solid. 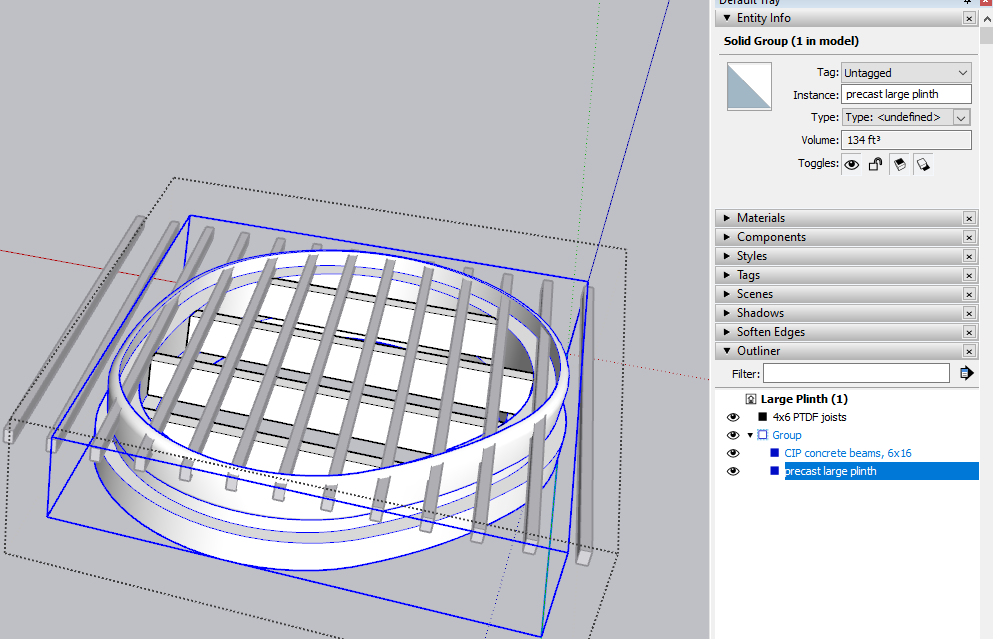