I made a new post as to not go too far OT.

The library looks large but it’s mainly due to sales on steam! Rounding up by a couple of months the account is 7 years old and in that time I have only spent £1016, dividing by year thats £142. Given that a ‘new’ AAA game is about £50 now that works out at equal to only 3 games per year. 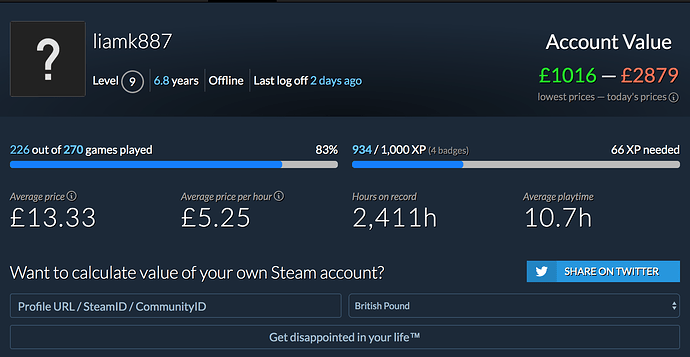 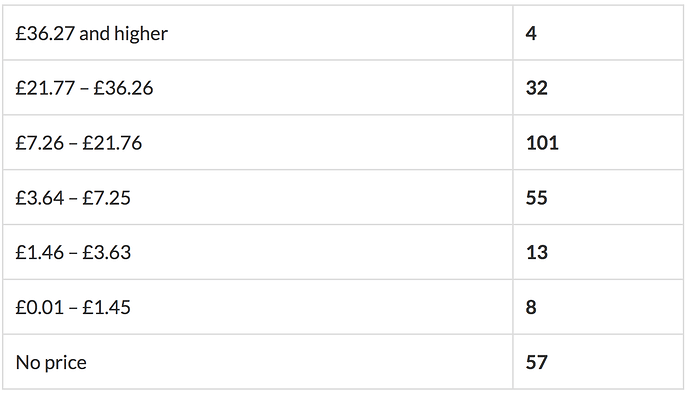 @McGordon Factorio, Is it worth it? I remember just being stuck and not knowing what was going on with no tutorial, maybe I should get it on my laptop later!

@coldcanuck Titanfall 2, yeah I gave up! it was fun for many months but everybody who is left online is just too good doing crazy tricks and ruining my day.

I have lot’s on the back-burner, mainly when a sale comes up and things are going for <£10 I tend to pick them up for ‘later’, but a lot of the time later is a long time. I have 44 still unplayed. 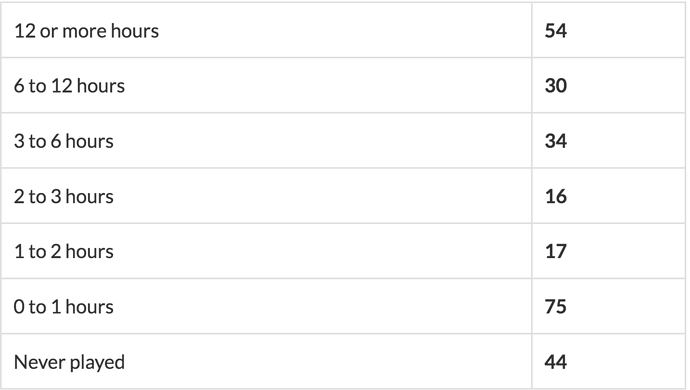 When you put it like that, it doesn’t sound so bad.

@McGordon Factorio, Is it worth it? I remember just being stuck and not knowing what was going on with no tutorial, maybe I should get it on my laptop later!

Factorio has definitely been worth the money for me, working out about 78p per hundred hours of play so far. Whether it’s been worth my time is another matter. It is very addictive. It’s not actually a programming game but it feels like doing programming and circuit board layout with problem solving and some maths (if you want to). There’s also lots of mods available but I haven’t really used them yet.

There’s lots of help in the wiki and forum if you get stuck and there are some tutorials built into the game now.

Pretty accurate: “Get disappointed in your life ™” 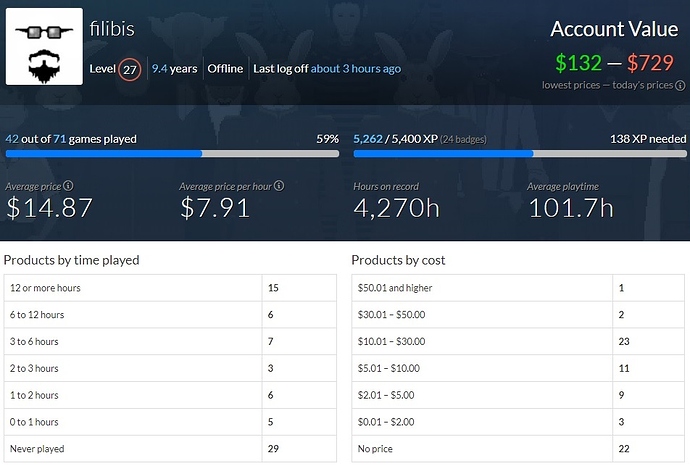 I liked the calculator!

Any Borderlands fans out there? Talk about awesome modeling styles! I am eagerly awaiting BL3

Yes I just bought number 1+2 on steam actually with all of the DLC’s as it was in a sale for just a few £’s. I used to have it on disk but it’s long lost. It’s harder than I remember or maybe I am just not very good.

Is that a thing? I want it to be… but had not heard that it was going to happen, for sure.

Not officially but highly speculated.

Here is an awesome video of there modeling technologies and it basically confirms the third game.

I remember it taking four of us and a whole night to do this: Borderlands 2 - Thresher Thrashed Trophy / Achievement Guide (Terramorphous Boss Fight Solo) - YouTube

Ha! Yeah, BL was best with a group. Looks like if BL4 DOES come out, we may end up with a SketchUp crew!