If you look at the attached Jpeg, you will see there are four support columns coming up through the walls. These are supports for the ridge beam. There are also several other vertical supports in the first floor walls which support drop beams in the ceiling and a large header over a sliding door. I would like to show these columns in context with the complete building. Ideally, I would like to show the building in hidden lines with the columns showing through. Is this possible? Has anyone have any ideas on how to do this? My project has the proper layer use, that is, columns are assigned a layer, headers and drop beams are assigned a layer, and the interior and exterior walls are assigned their own layers. Any thoughts or examples of this being done? 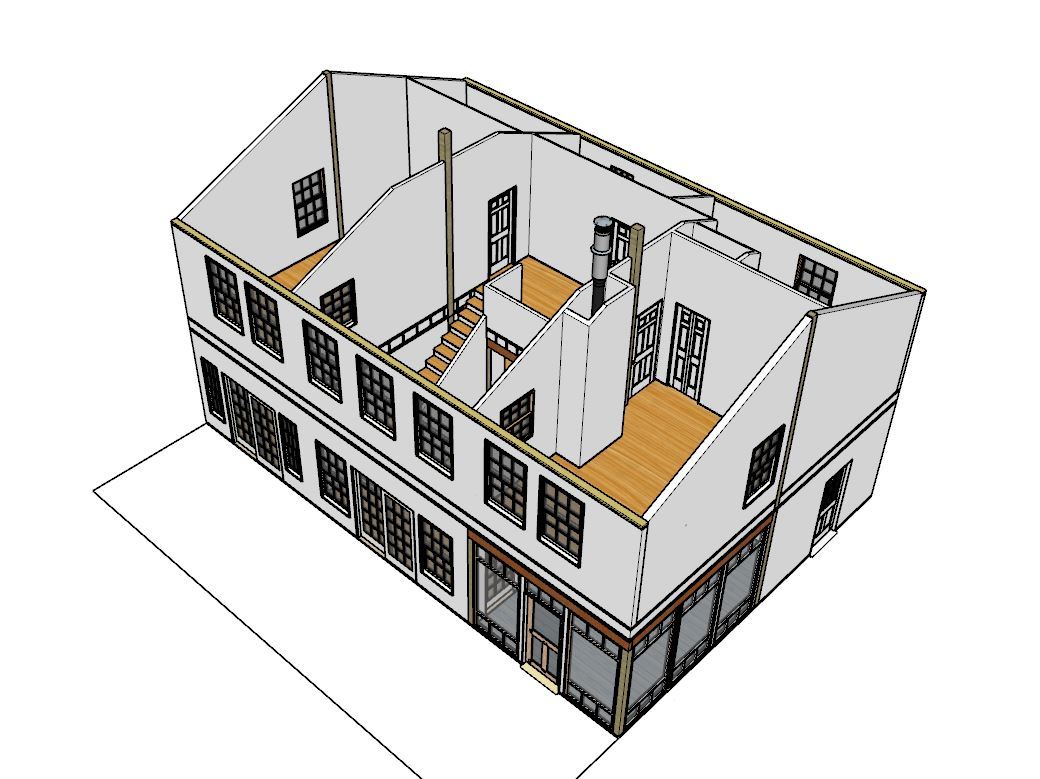 I would make separate image exports and combine the images in an image editor. You can then make the building somewhat transparent and show the columns as solid. The process is quick once you make the exports.

An alternative is to change the transparency (Opacity at the bottom of the edit fills dialog) of the fills for your walls and flooring - this will let you navigate the model with the supports visible (I would save this as a revision so that the original is safe).

But if it’s only 2D images you want, then it’s probably less hassle to use DaveR’s option