Cutting Table for a Seamstress

This is an old one from a project to build a cutting table for a seamstress in the Winston-Salem, NC area. 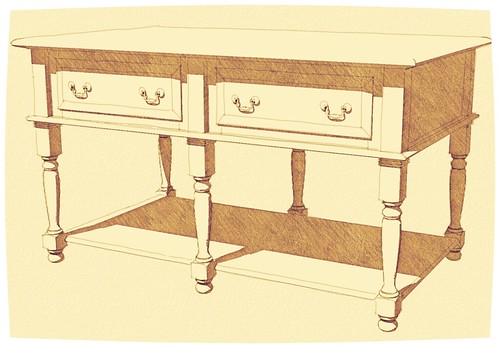 And a photo of the finished piece.

Nice work. How did you do the handles (which I see are different from the pic!)?

Thanks, @simoncbevans. The client decided on knobs instead of the bail pulls toward the end of construction.

As for drawing the pulls, I drew the escutcheons with follow Me and used Curviloft to draw half the bail which I then copied and flipped to make the opposite half. There’s a tutorial on drawing bail pulls in my eBook.